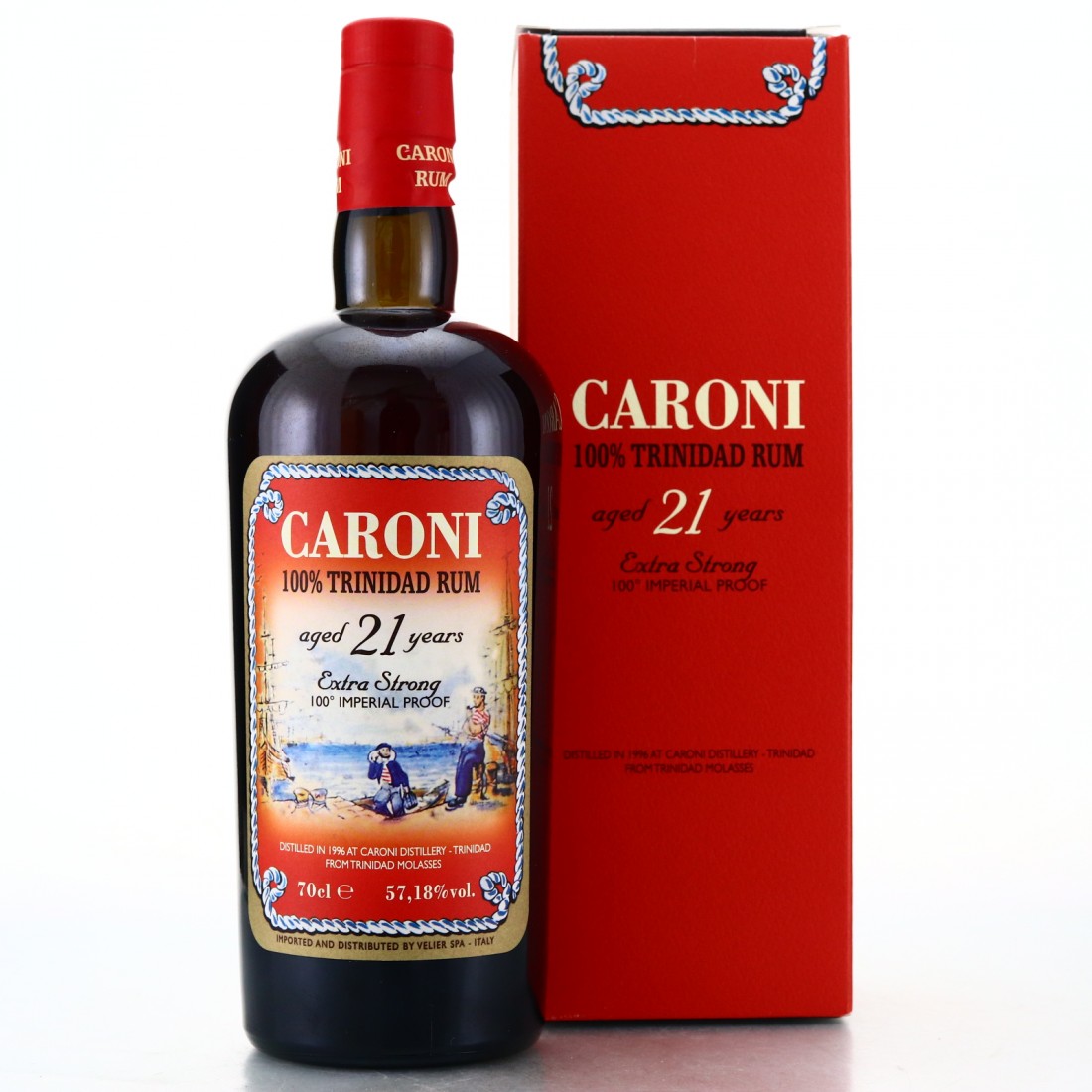 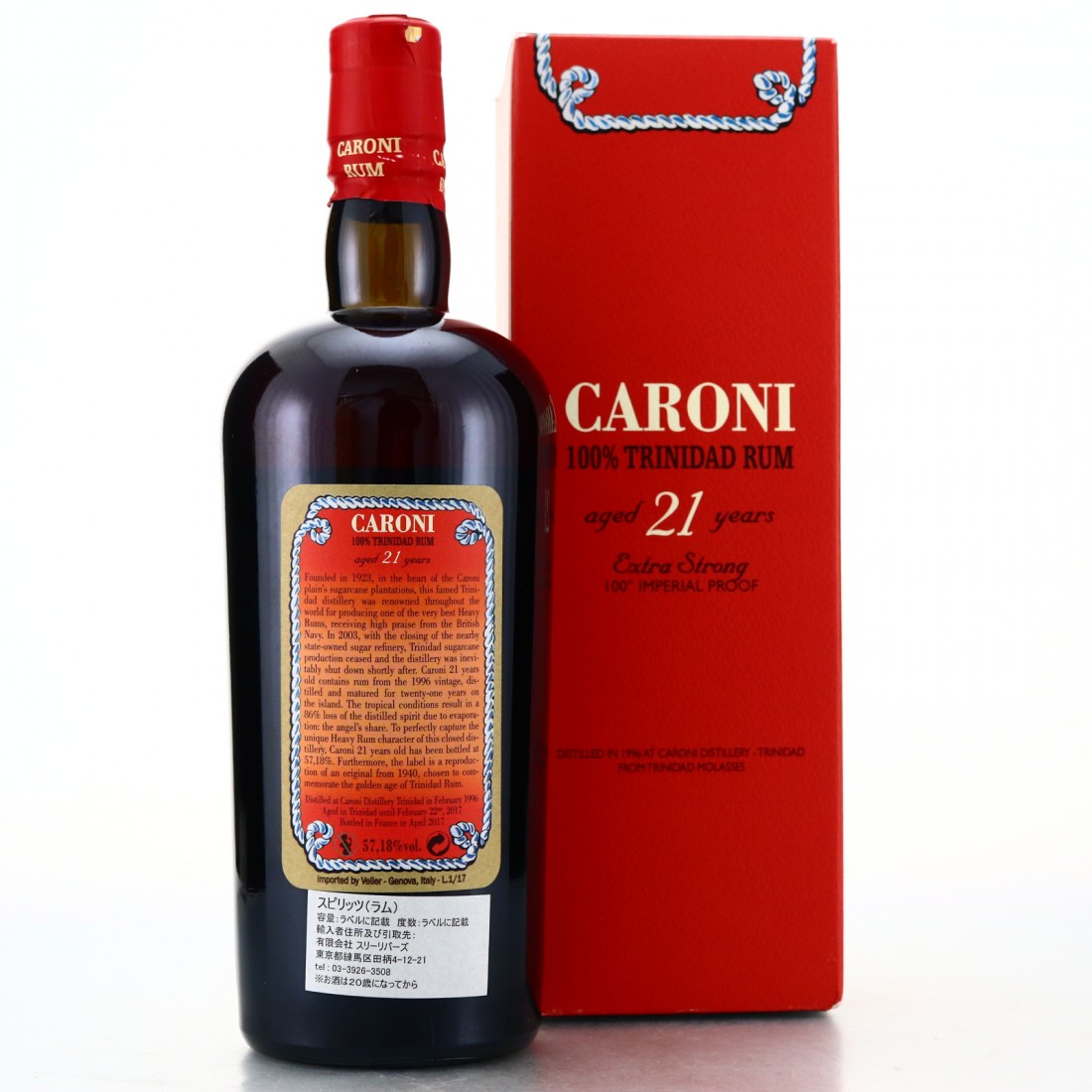 This 100 imperial proof edition is a blend of 1996 vintage Caroni rum, aged for 21 years in Trinidad, resulting in a massive 86% loss of liquid to the angels' share. This is a 100% Trinidad Rum, distilled from local molasses and aged in the country for its full 21 years. It was shipped to France by Velier in February 2017 and bottled in April that year.