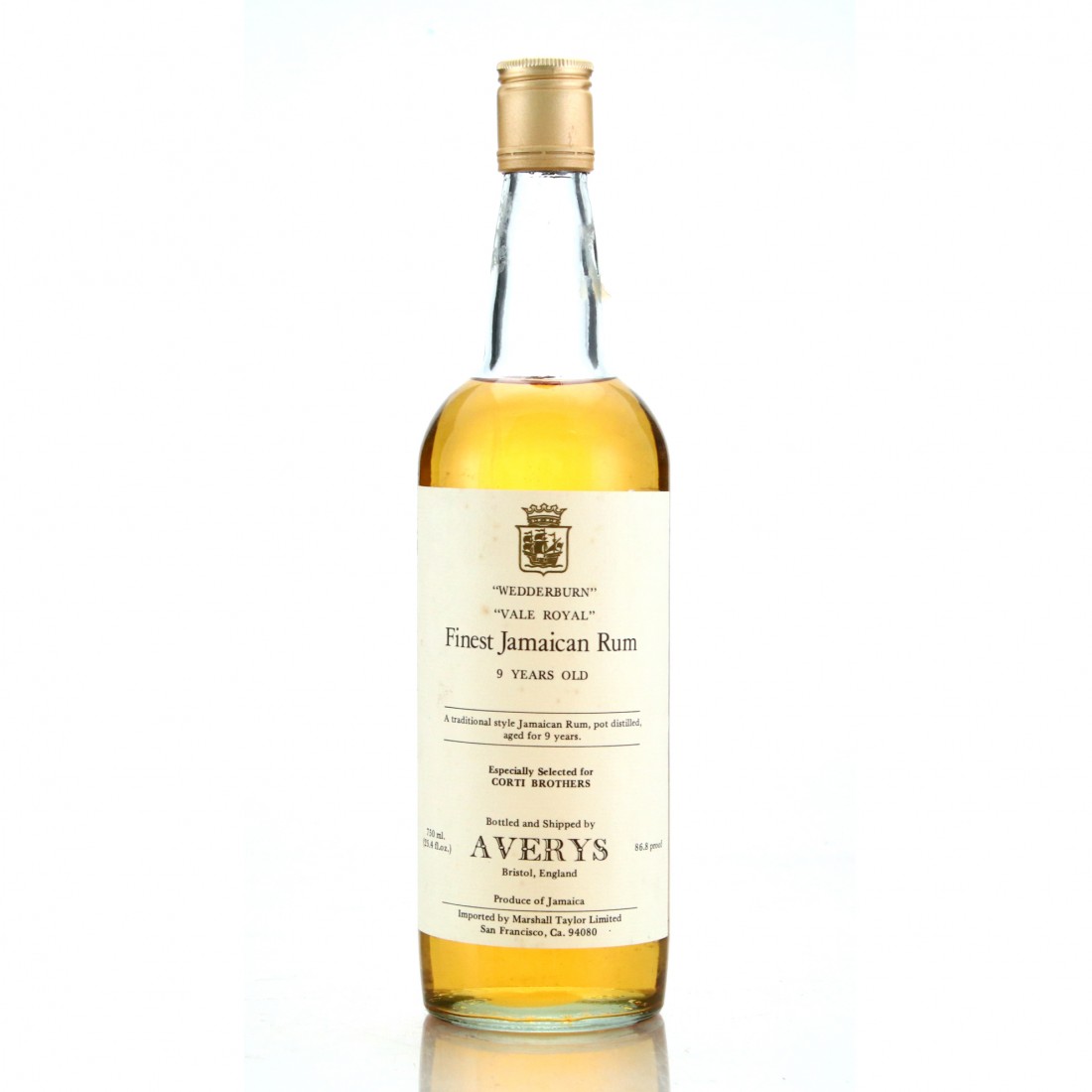 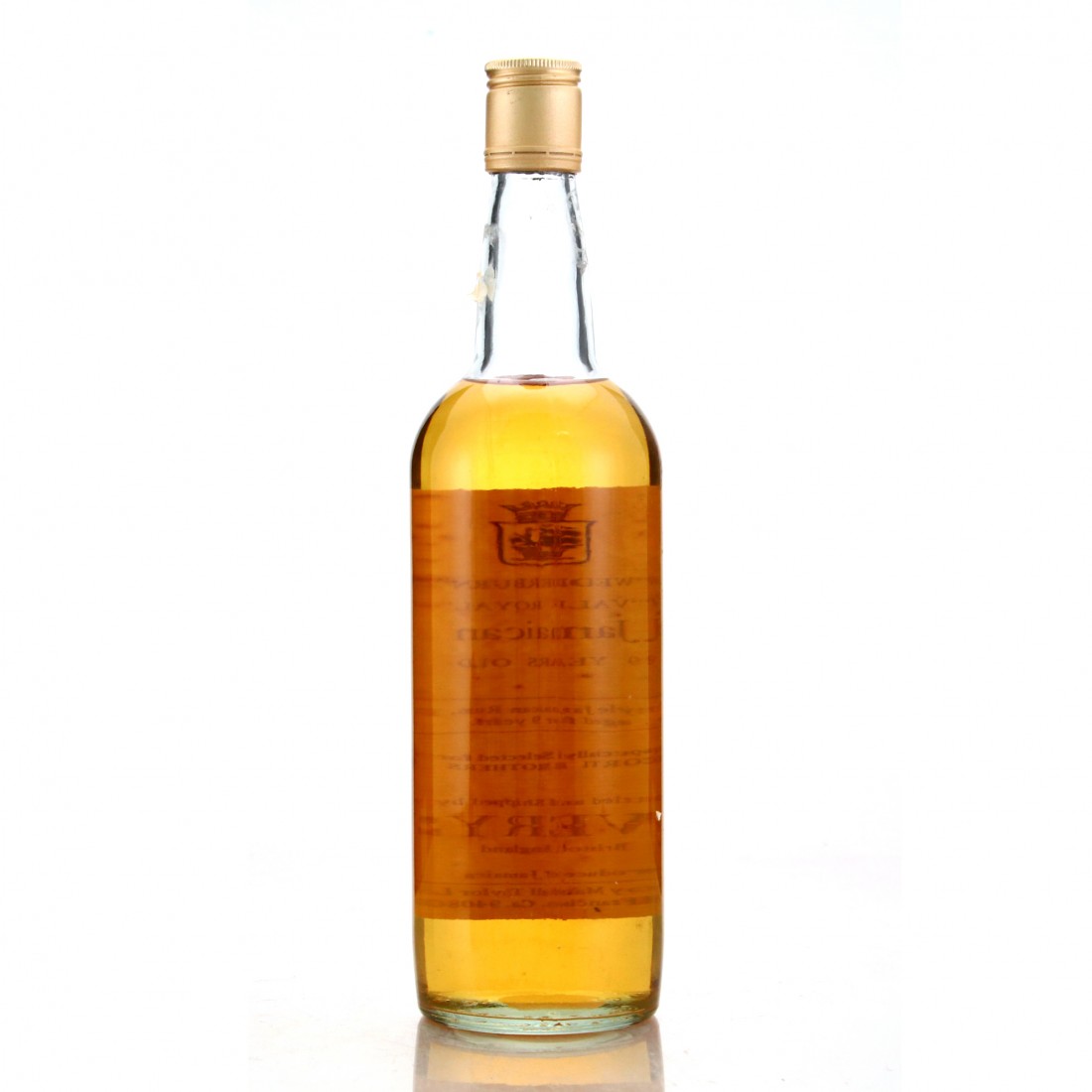 Winning Bid: £880
(Reserve has been met) This lot currently has: 8 bids

This is a truly special bottle. The terms Wedderburn and Vale Royal are both fairly obscure, though both are used to refer to specific, high ester rums particular to Jamaica. Wedderburn rum was a classification of heavy rum that would usually be used to give weight and flavour to blended rums - much like malt or peated whisky in blends - and is rarely seen unblended. Wedderburn rums are identified by an ester count of 200/300 gr/hlpa. The popular Jamaica rum Smith and Cross, for example, is a blend of Wedderburn, mellowed out with milder Plummer style rum.

Vale Royal on the other hand is generally used to connote rum produced in the 'style' of Vale Royal, the residence of the Prime Minister of Jamaica, which also housed a now defunct estate distillery which closed in 1959. There is speculation that the original Vale Royal stills are now situated at Long Pond and that this is where modern Vale Royal rum is produced.

Irrespective, not only is this is a phenomenally rare style of high ester, Jamaica rum, it is also one of a handful of bottles produced by Averys for Corti Brothers of Sacramento in the late 1970s, which are highly sought after and have a near cult like status amongst collectors and connoisseurs.

Averys of Bristol are a historic English wine-merchant and distributor, always famed for their forward-thinking outlook on wine and spirits. They were early champions of new world wines, and the first to import what are now recognised household names like Wolf Blass and Penfolds Grange. Similarly, they were also ahead of the curve with whisky, bottling single malts as early as the 1930s. There has been little output from the firm since the 1980s, but in their heydey they produced some incredibly sought after whisky and rum.