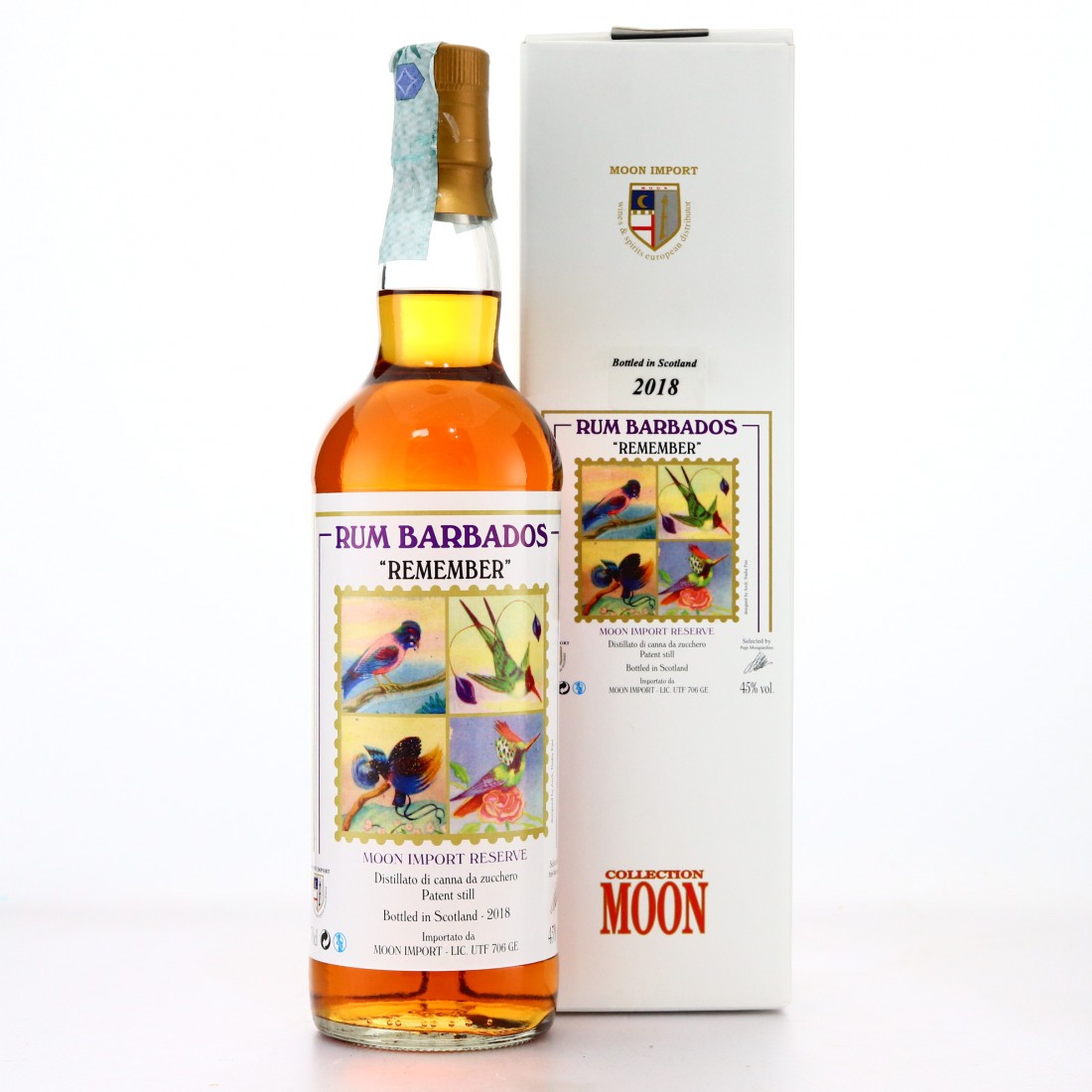 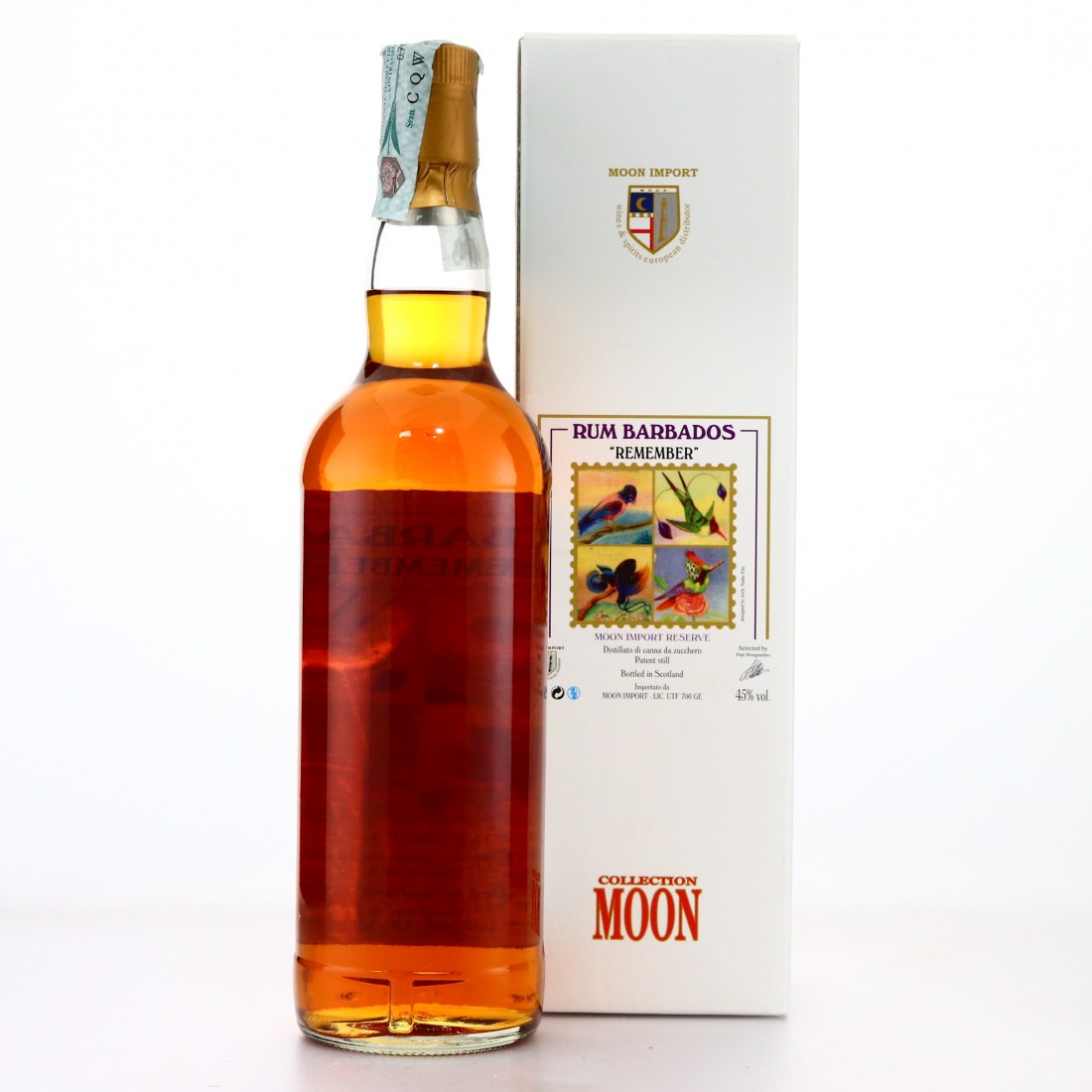 Moon Import was founded by Pepi Mongiardino in 1980 and he bottled his first whisky in 1982. Always beautifully labelled, Pepi is acclaimed for designing the packaging for Moon Import bottles himself, often using images found in old books. These iconic designs, coupled with the quality of the liquid saw Moon Import steadily grow in popularity. The company is still going strong, and their early releases are some of the brightest gems in any whisky collection.

Part of the "Remember" series which featured four rums - Barbados, Guyana Jamaica and Trinidad. There are only four rum distilleries in Barbados: Mount Gay, West Indies, Foursquare and St Nicholas Abbey. This patent (column) still rum could contain rum from any of them.

All of the artwork for the Remember series was produced by long-time collaborator, the artist Andrea Pini.