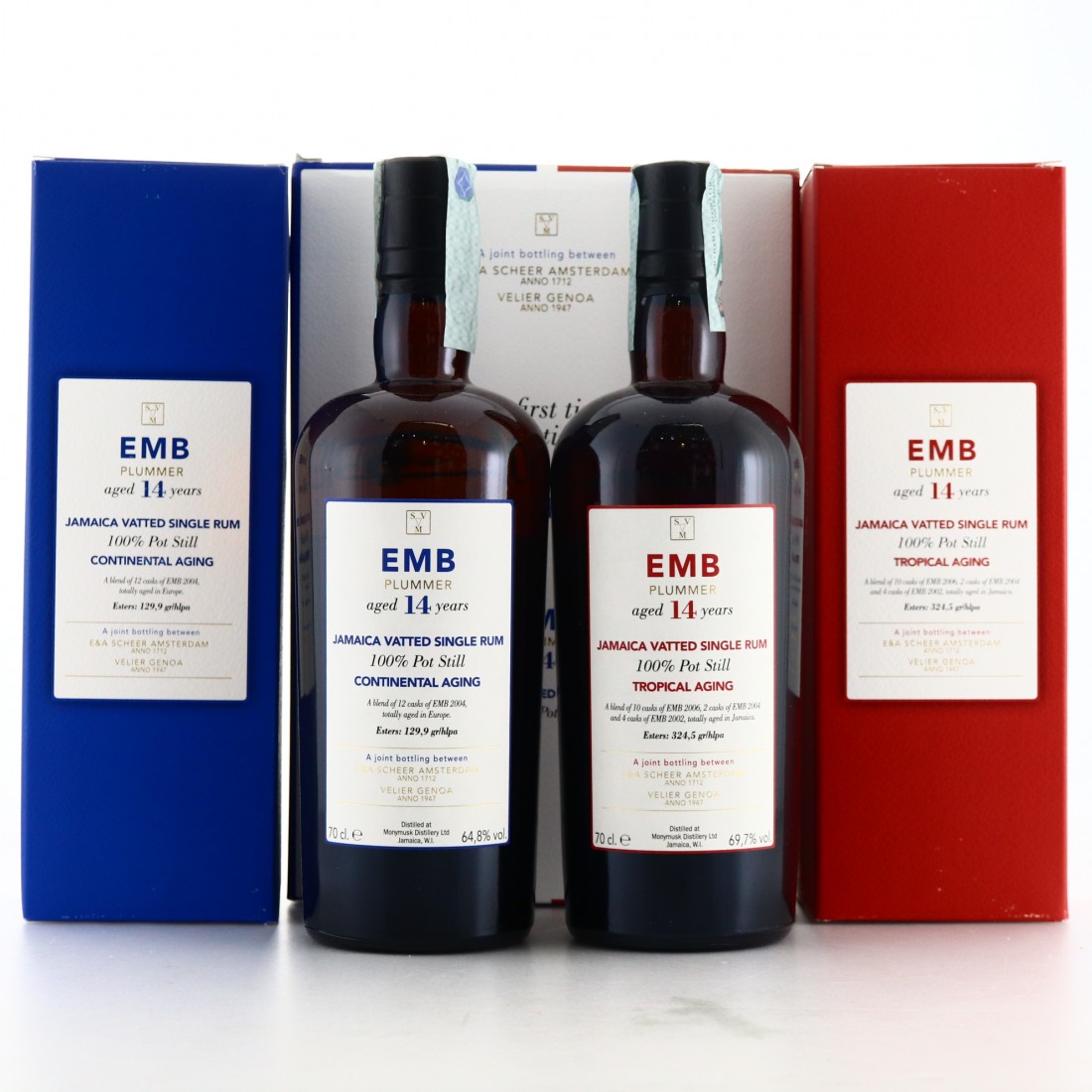 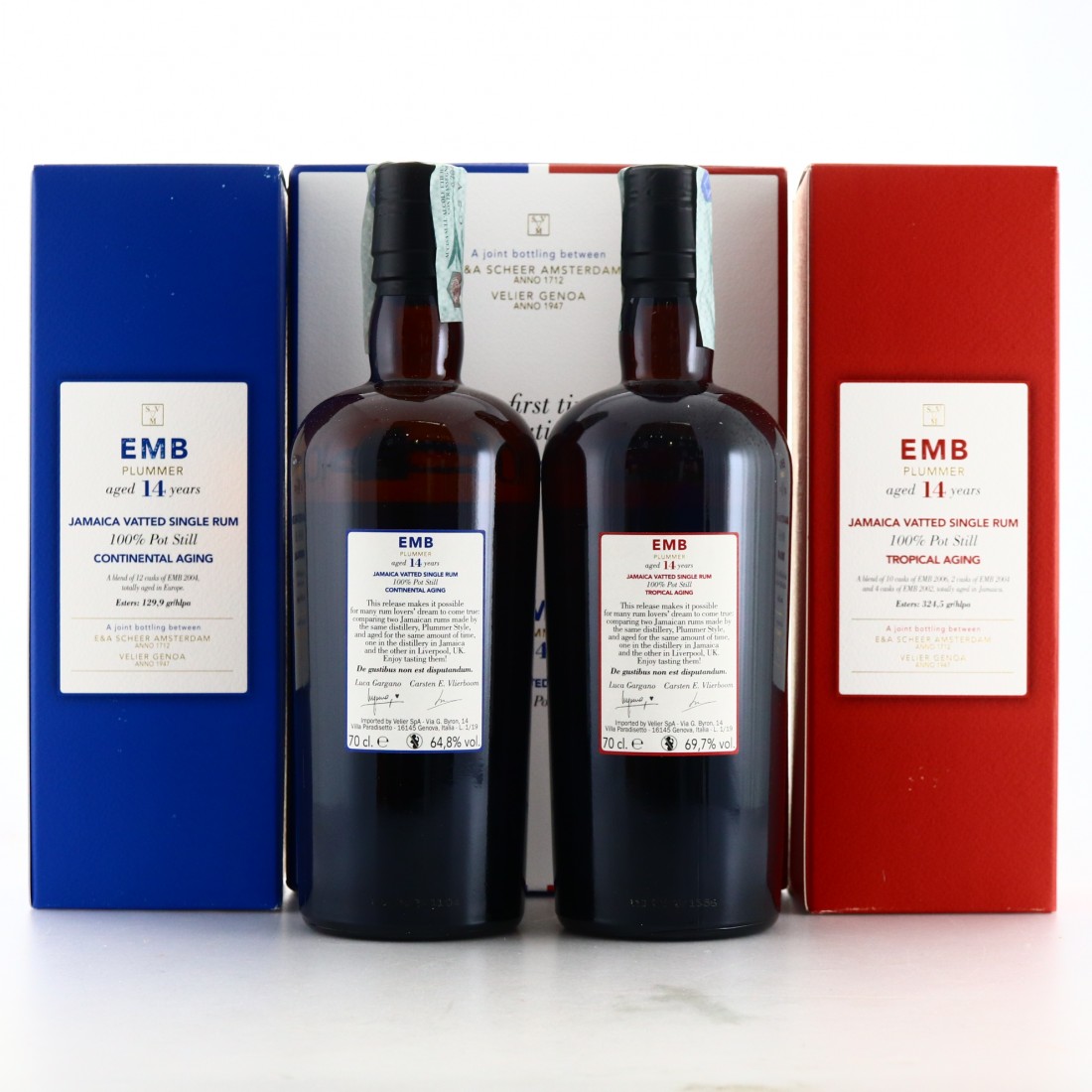 This lot comprises a dual-bottle presentation from the Velier and E.A. Scheer collaboration, Tropical vs Continental Aging. The pack contains two identical rums, except one has been aged fully in the tropics, and the other in Europe.

This contains two Monymusk MMW marked Wedderburn pure single rums, both 11 years old. The tropical aged rum is a blend of 10 casks of 2007 vintage, and two casks of 2008 vintage, all aged in Jamaica (69.1%). The other bottle contains an identical vatting, but this time the casks were aged in Liverpool, England (63.9%).