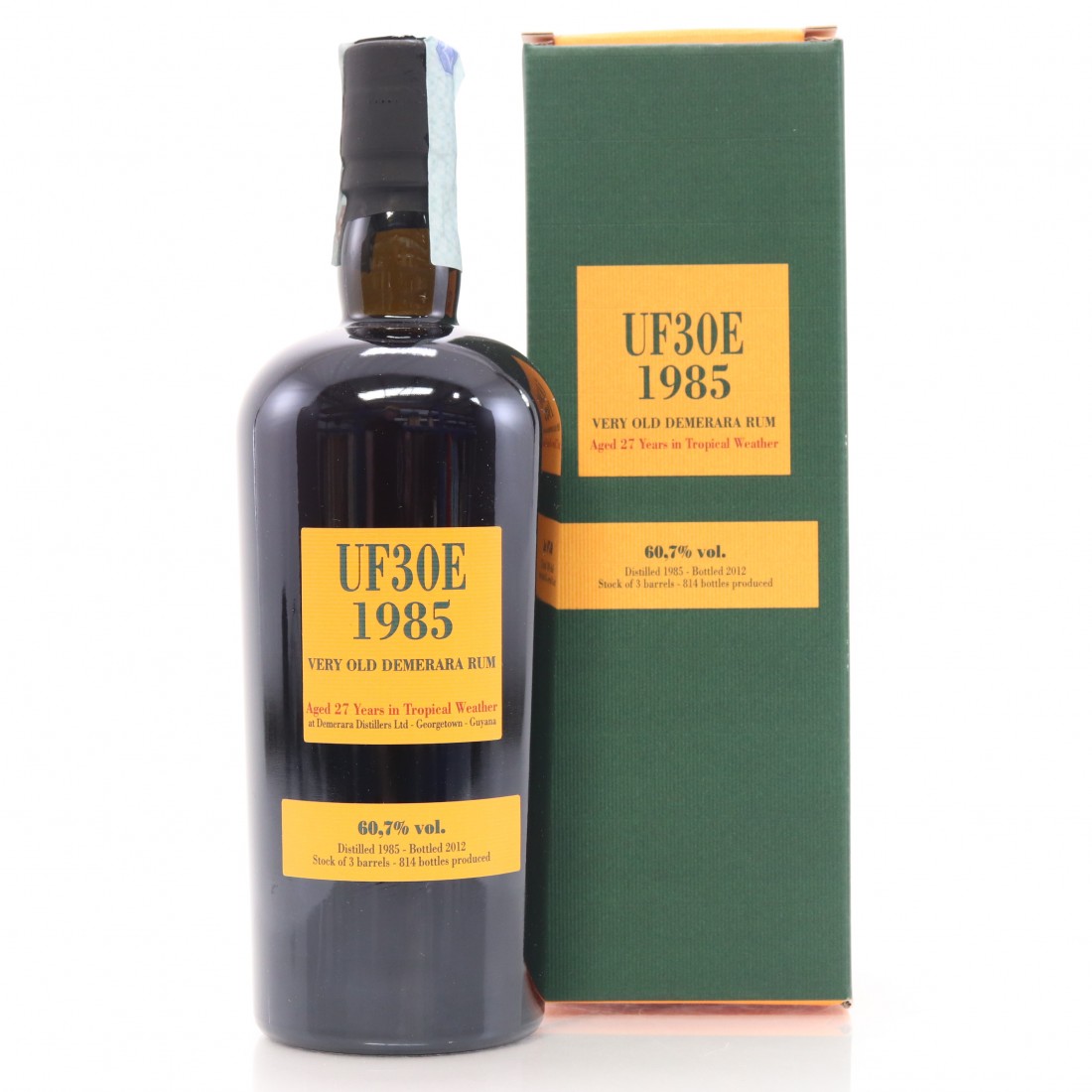 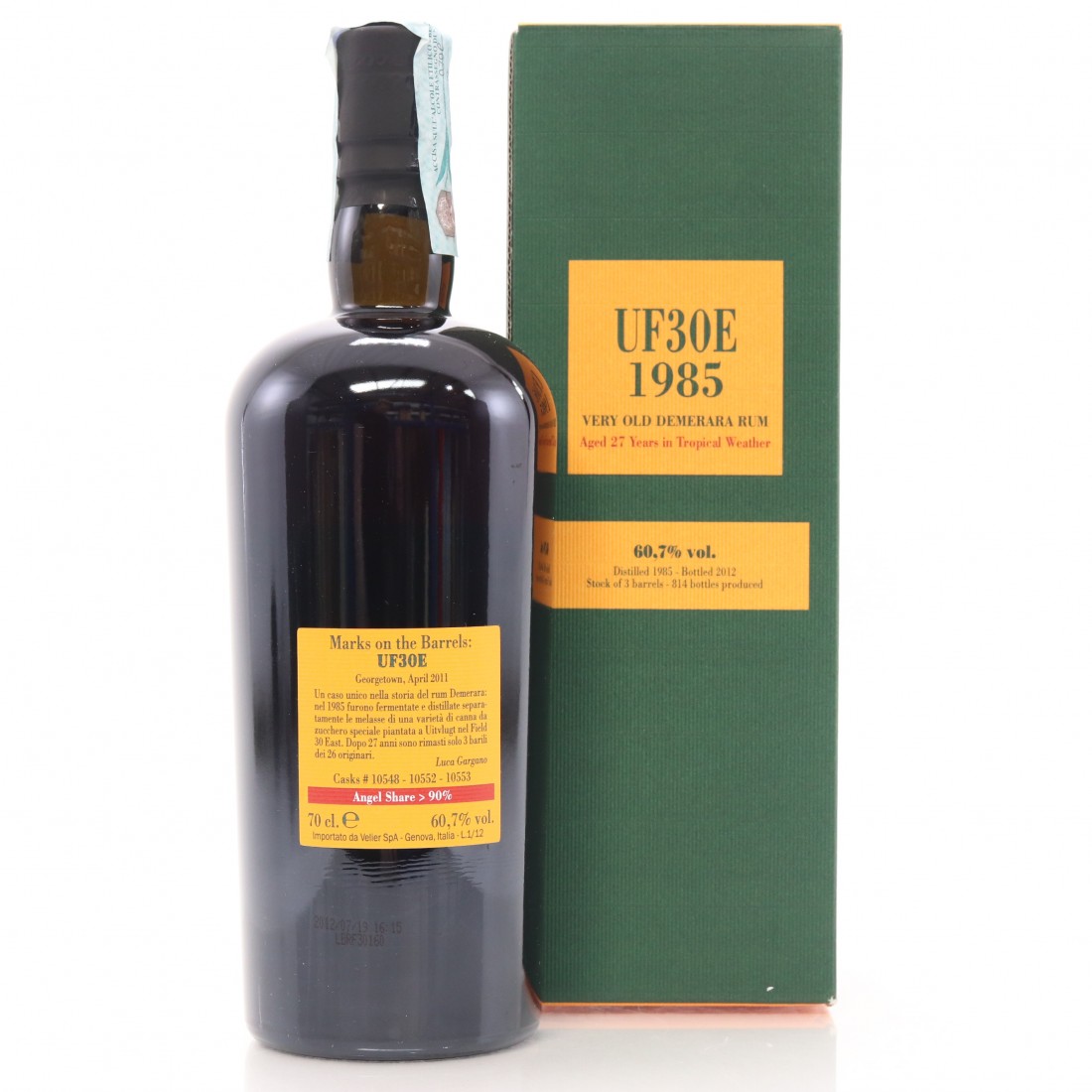 One of a series of legendary bottlings from the brief but beautiful period (2004-2015) when Velier owned a small stake in Demerara Distillers Ltd (DDL), which afforded Luca Gargano privileged access the warehouses and his pick of casks to bottle. Sadly "The Age of Velier Demerara" has passed but the memory of it lives on in these spectacular releases.

A fantastic 27 year old rum, distilled in 1985 at the lost Uitvlugt distillery in Guyana from sugar grown in field #30 East on the same estate, hence UF30E.

Bottled in 2012 from a stock of 3 barrels, fully aged in the tropics, which produced 814 bottles.