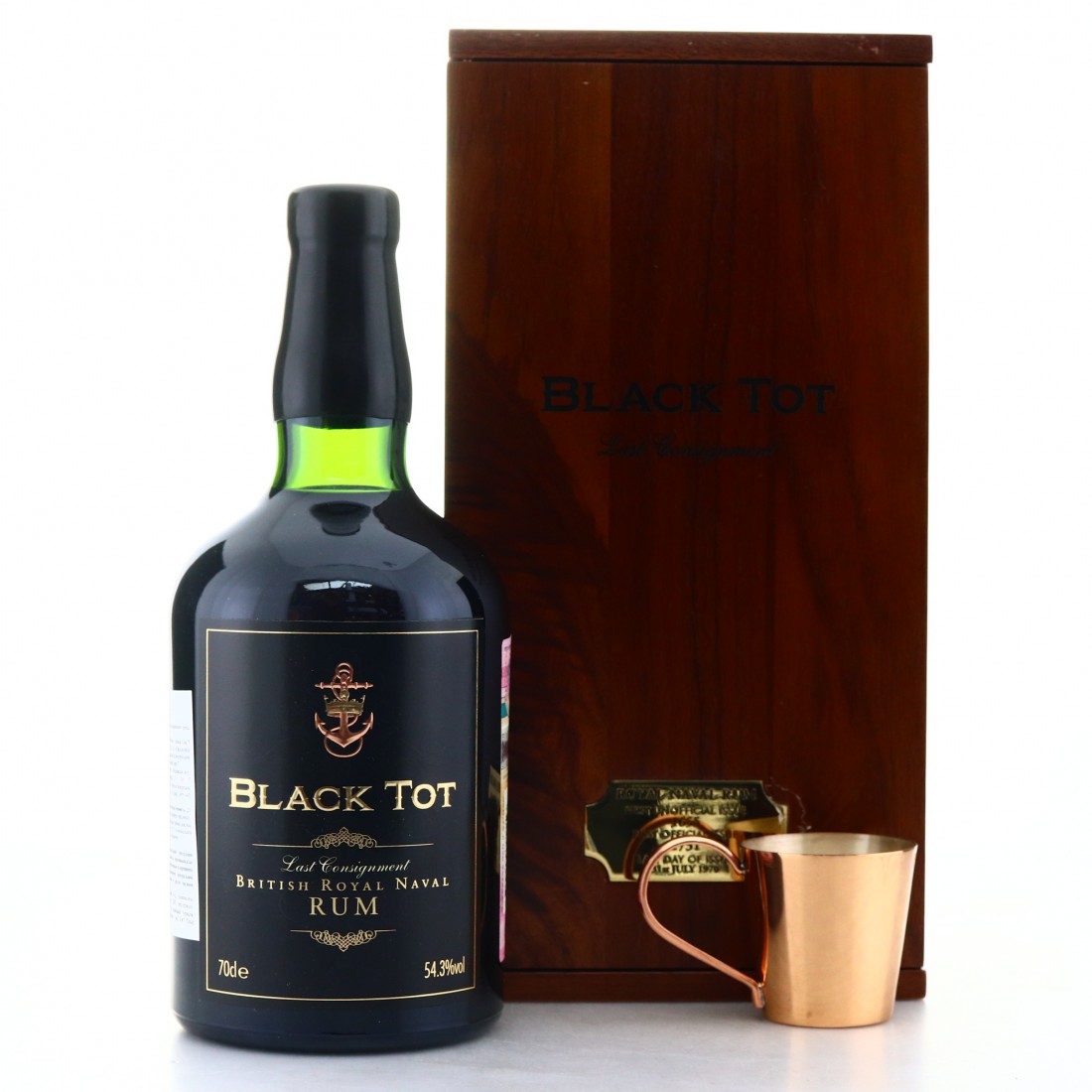 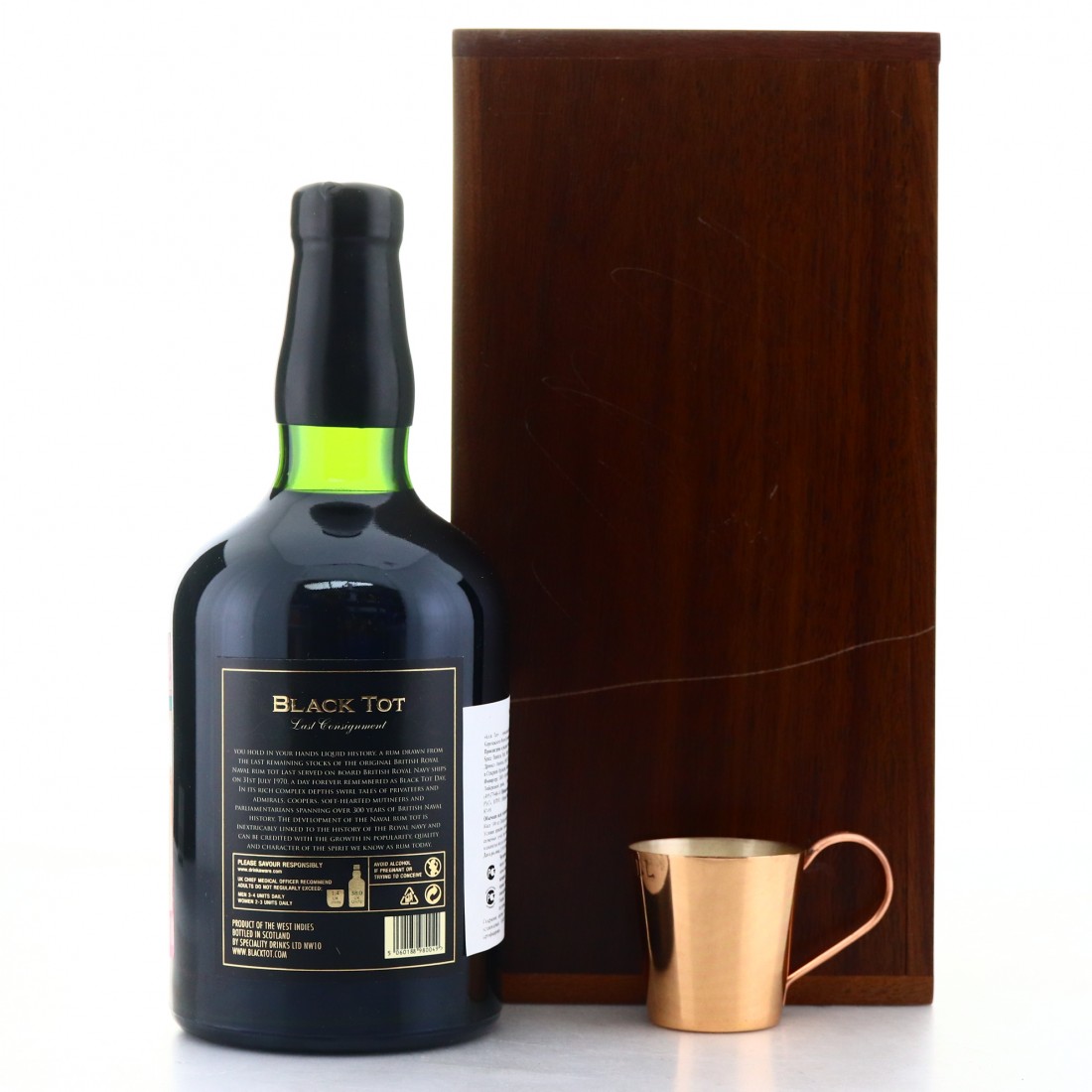 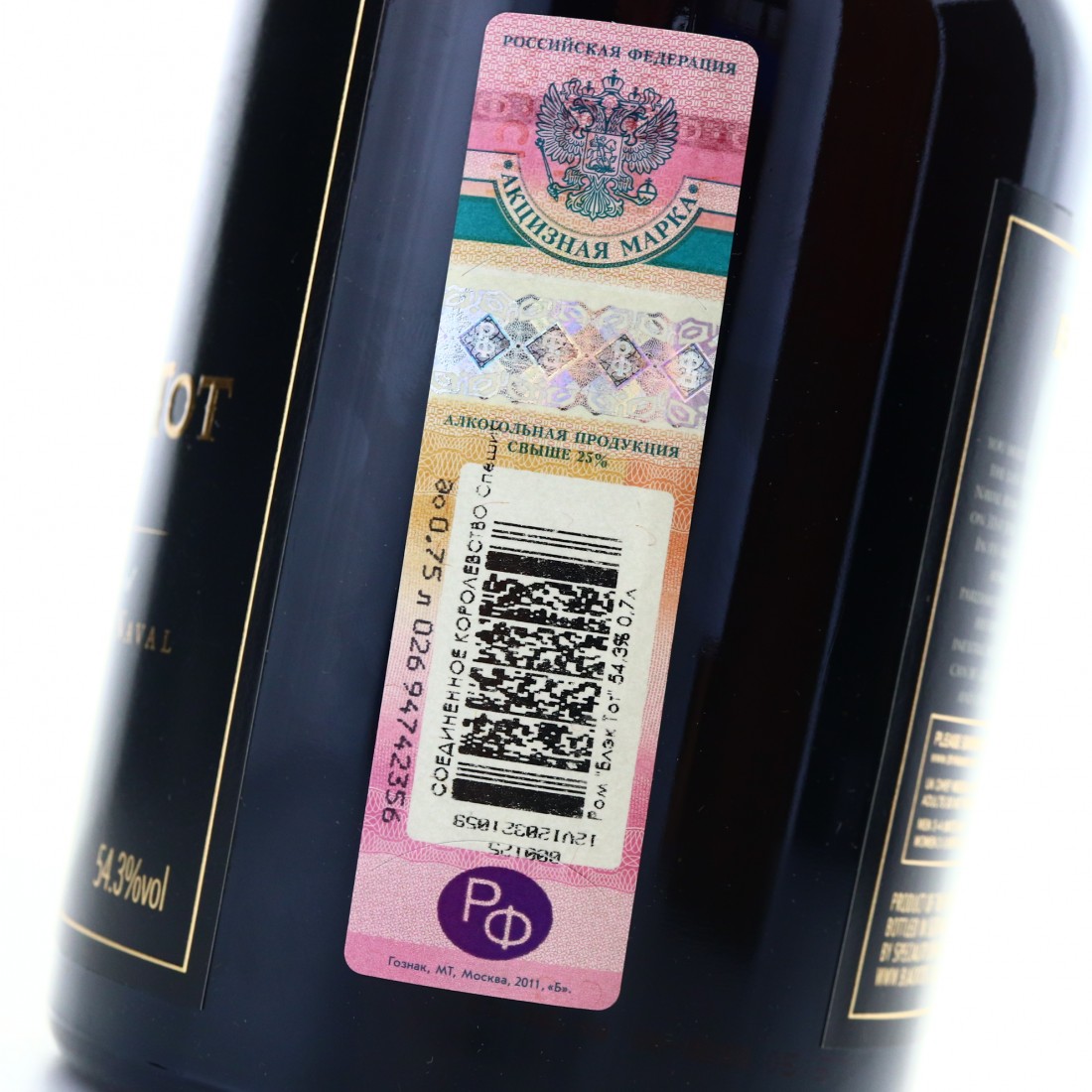 Winning Bid: £600
(Reserve has been met) This lot currently has: 6 bids

This bottle of Black Tot contains the Last Consignment of the original Royal Naval Rum and was bottled from the original Imperial Gallon Stone Flagons into which it had been filled and sealed under HM Customs and Excise supervision in December 1970.

The bottle is presented in a elegant wooden case alongside a Tot cup, a rum ration card and a book about the history of Black Tot written by rum expert Dave Broom.