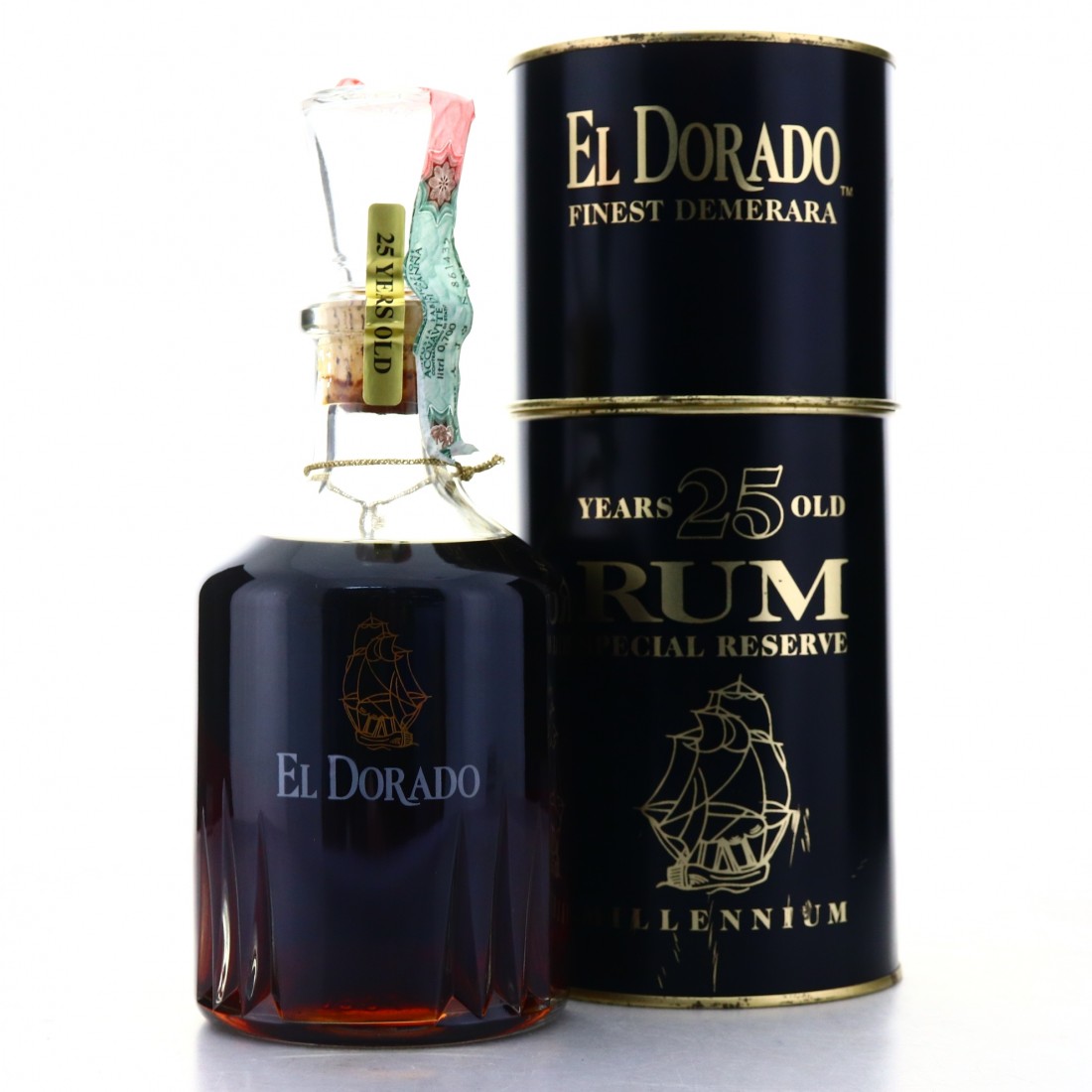 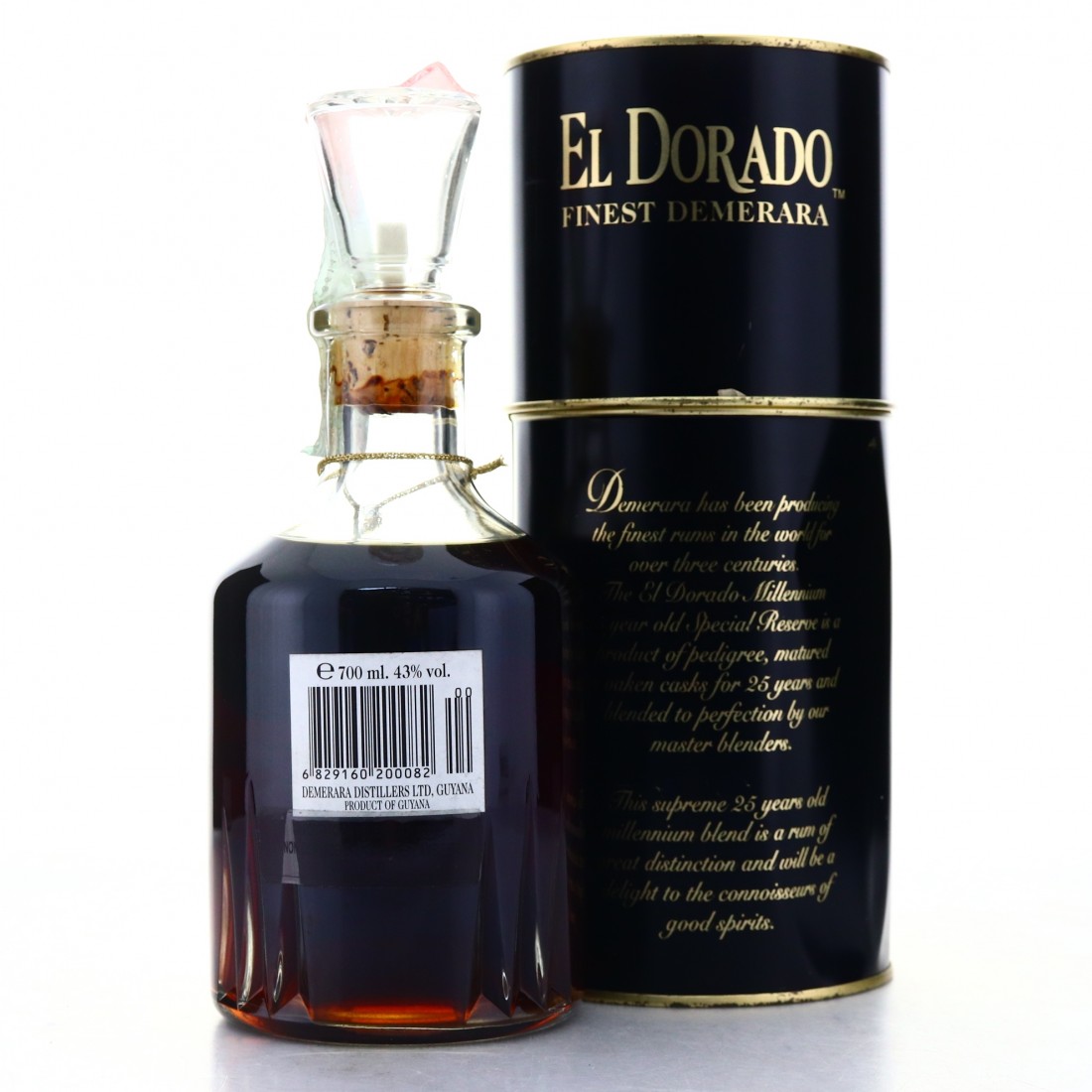 El Dorado has been produced in Guyana at Diamond distillery since 1992. What makes this rum really complex is that four different stills have been involved in its production. These include Enmore and Diamond Coffey stills, Port Mourant double wooden pot still, and Versailles single wooden pot still.

Further, each age statement is not simply an age variance on the same liquid, but comprises a different balance of distillates showcased best at the specific age.

This example was bottled at 25 years old for the turn of the new millennium, with many of the casks being filled at the now closed Enmore an Uitvlugt distilleries, home to many of Diamond's stills at the time.