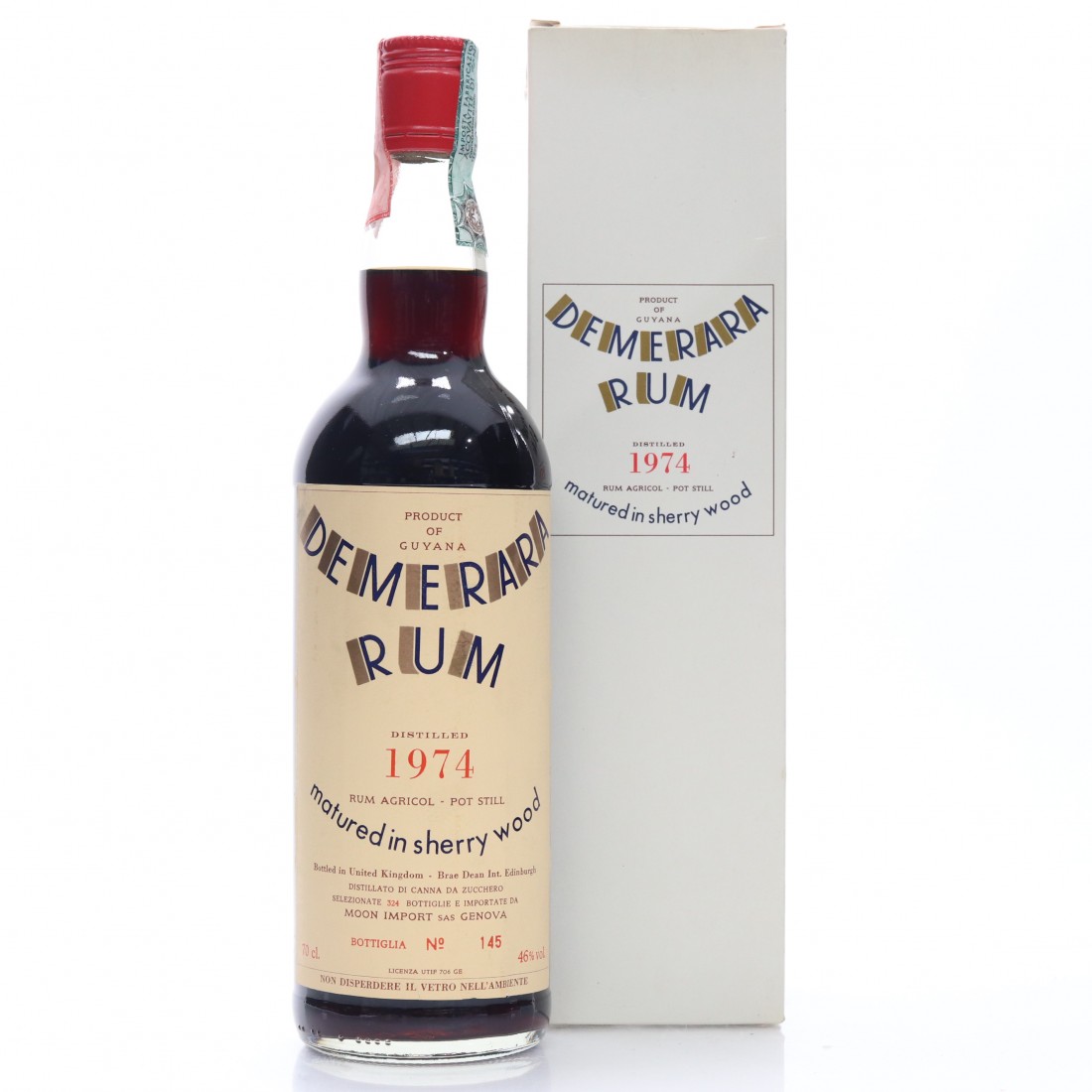 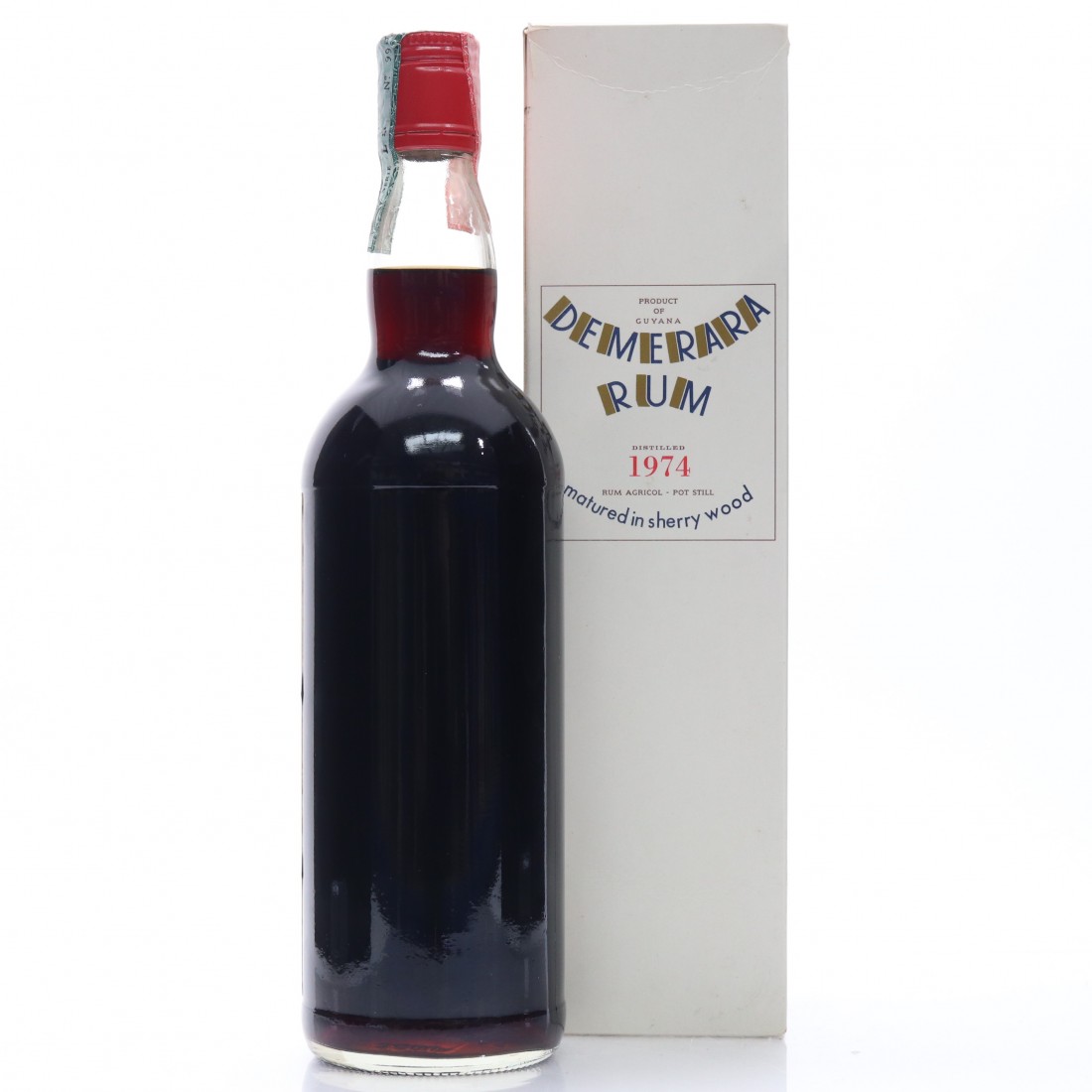 An independent bottling of Demerara rum from Moon Import.

Distilled in 1974, there were a number of distilleries active in Guyana at this point. The pot still indication on label however (if factually correct), would indicate either the Port Mourant still at Uitvlugt or the Versailles still at Enmore.

Bottled from sherry wood giving this a lovely colour.