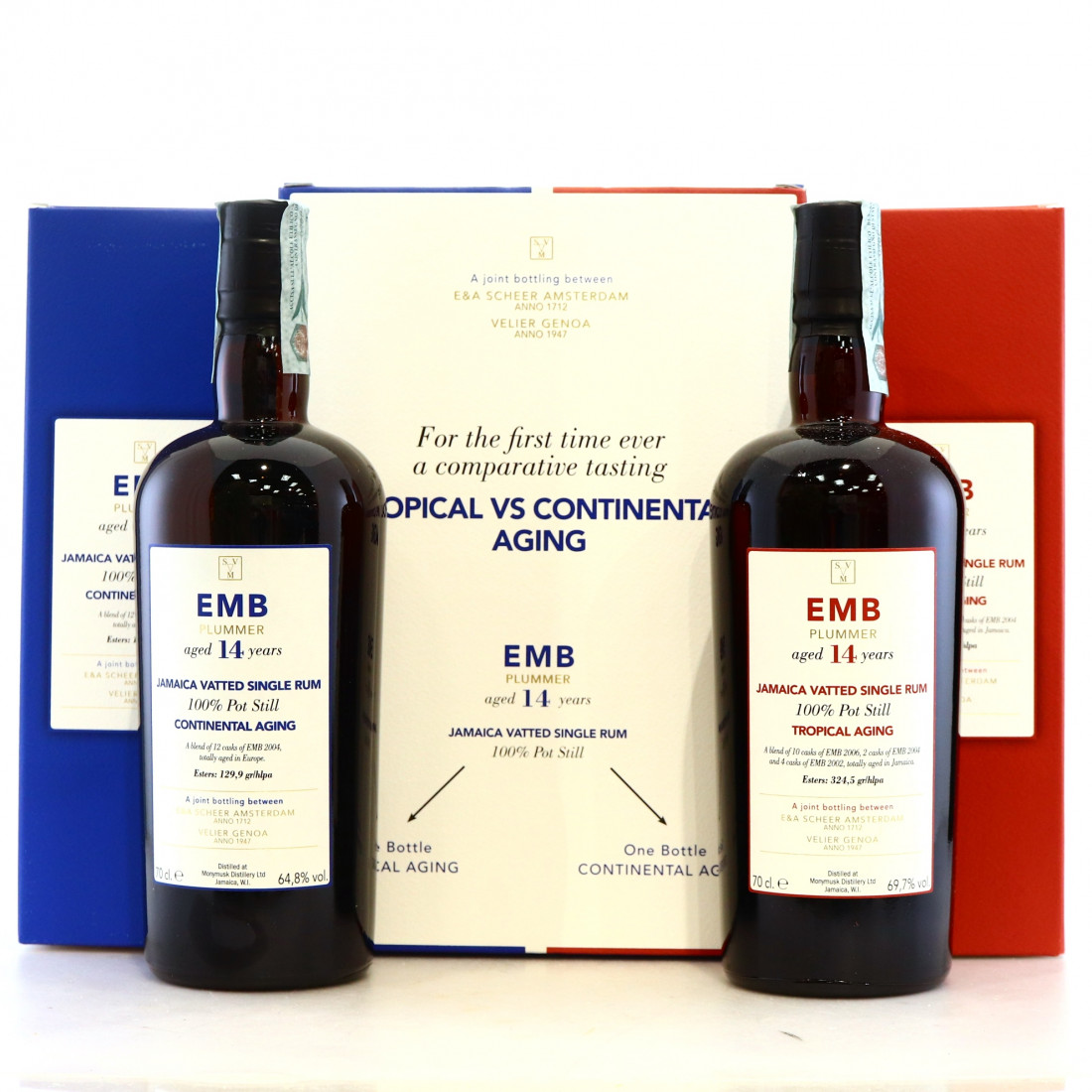 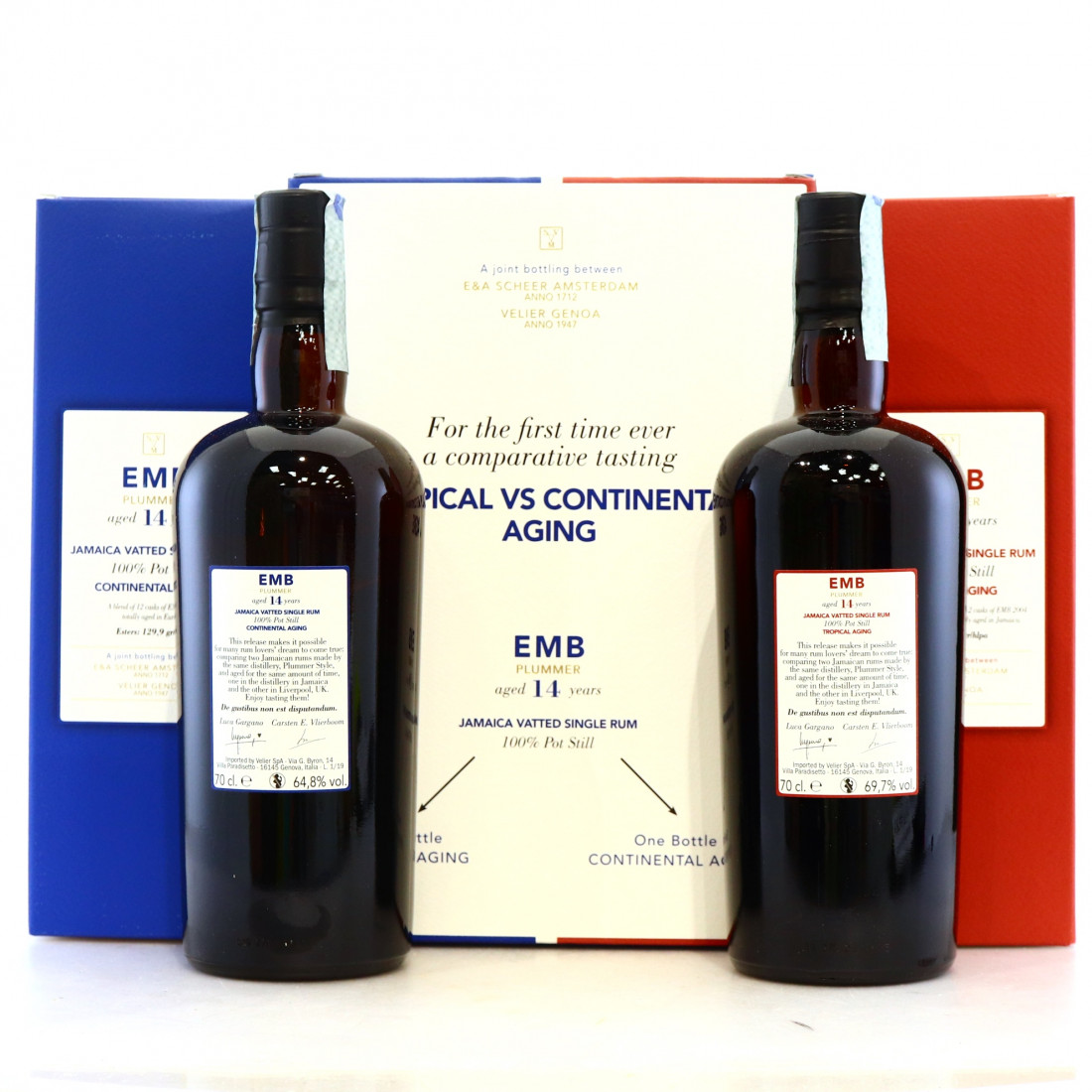 This lot comprises a dual-bottle presentation from the Velier and E & A Scheer collaboration, Tropical vs Continental Aging. The pack contains two identical rums, except one has been aged fully in the tropics, and the other in Europe.