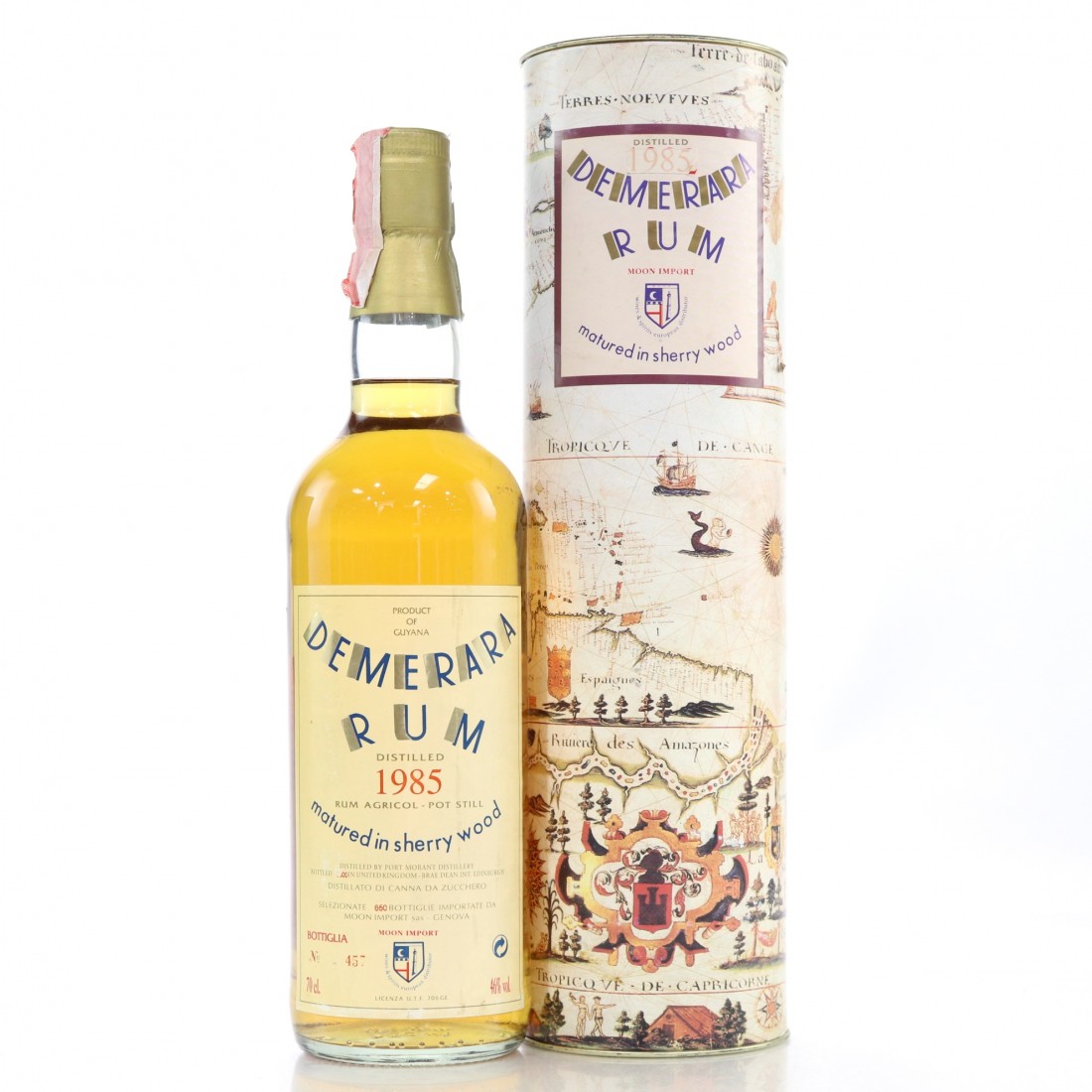 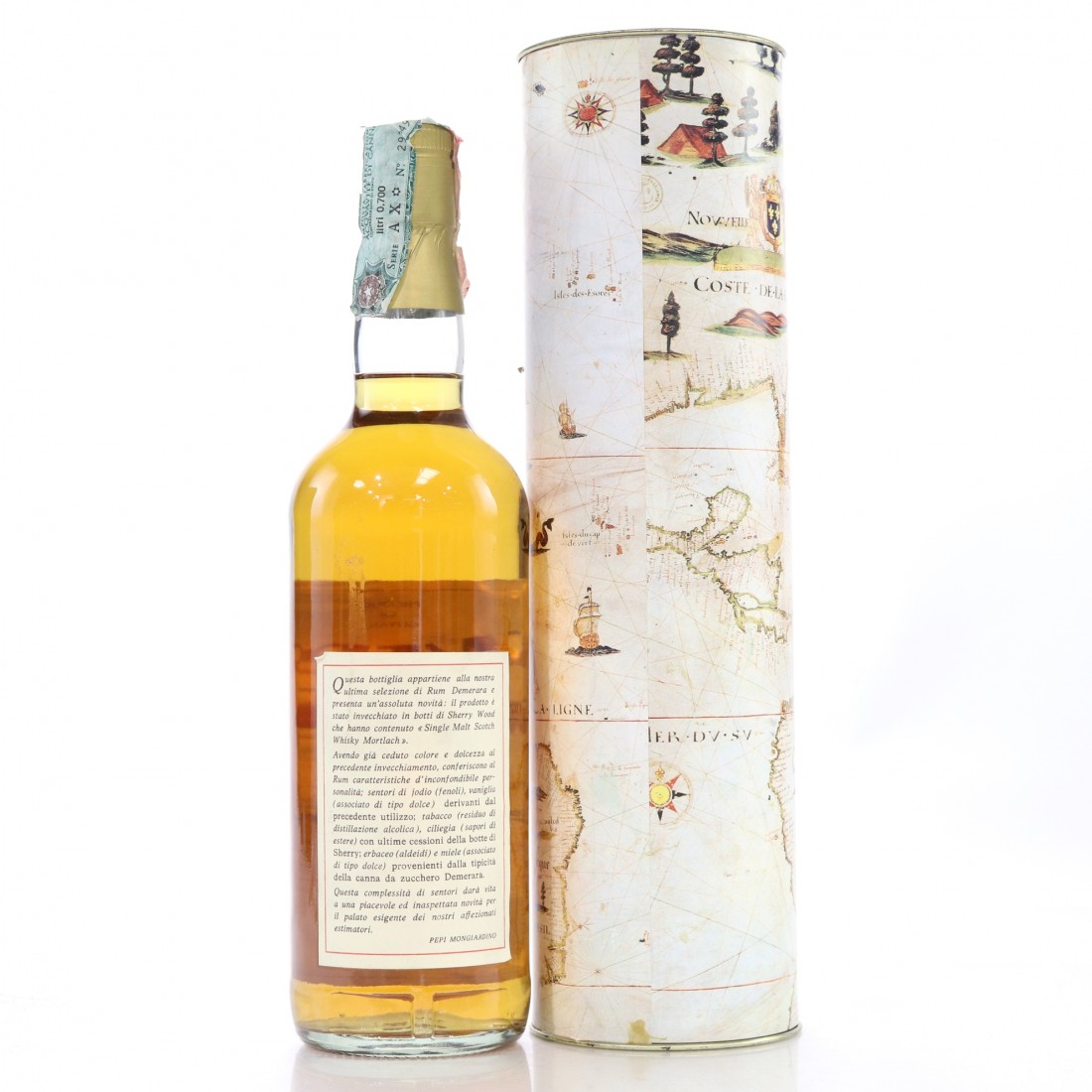 A very elegantly bottled 'Port Morant' rum, distilled in 1985. The Port Mourant distillery in Guyana stopped production in the 1950s, with its double wooden pot still moved to Uitvlugt who continued to produce rum in the same style. Uitvlugt is now also closed, but the Port Mourant still lives on to this day, in use at Guyana's only remaining distillery, Diamond.

Matured in sherry wood and bottled in 2000 for Moon Import and the Italian market by Brae Dean Int, Edinburgh.

The label is an homage to the Pepi Mongiardino-designed Half Moon series, the company's first ever releases.