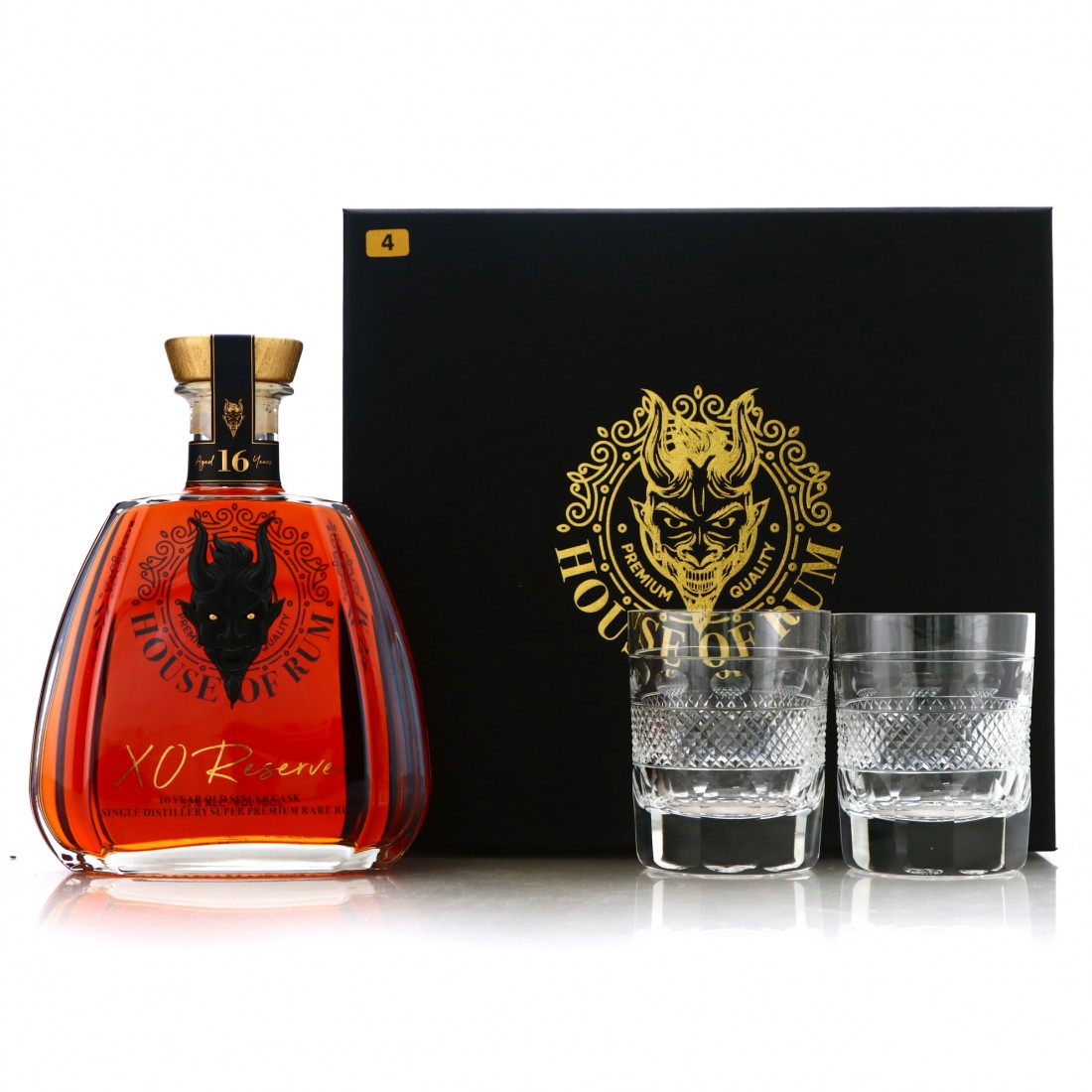 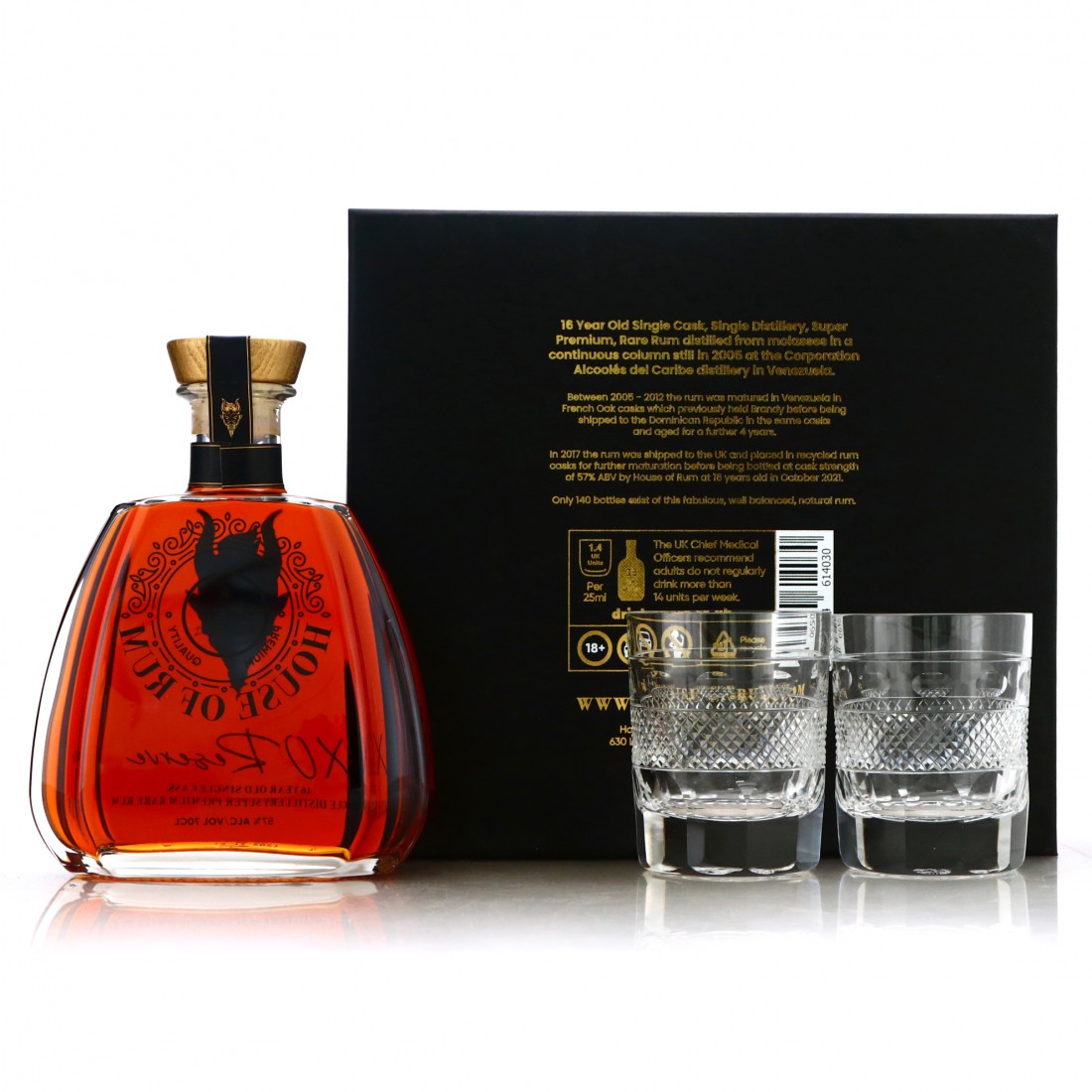 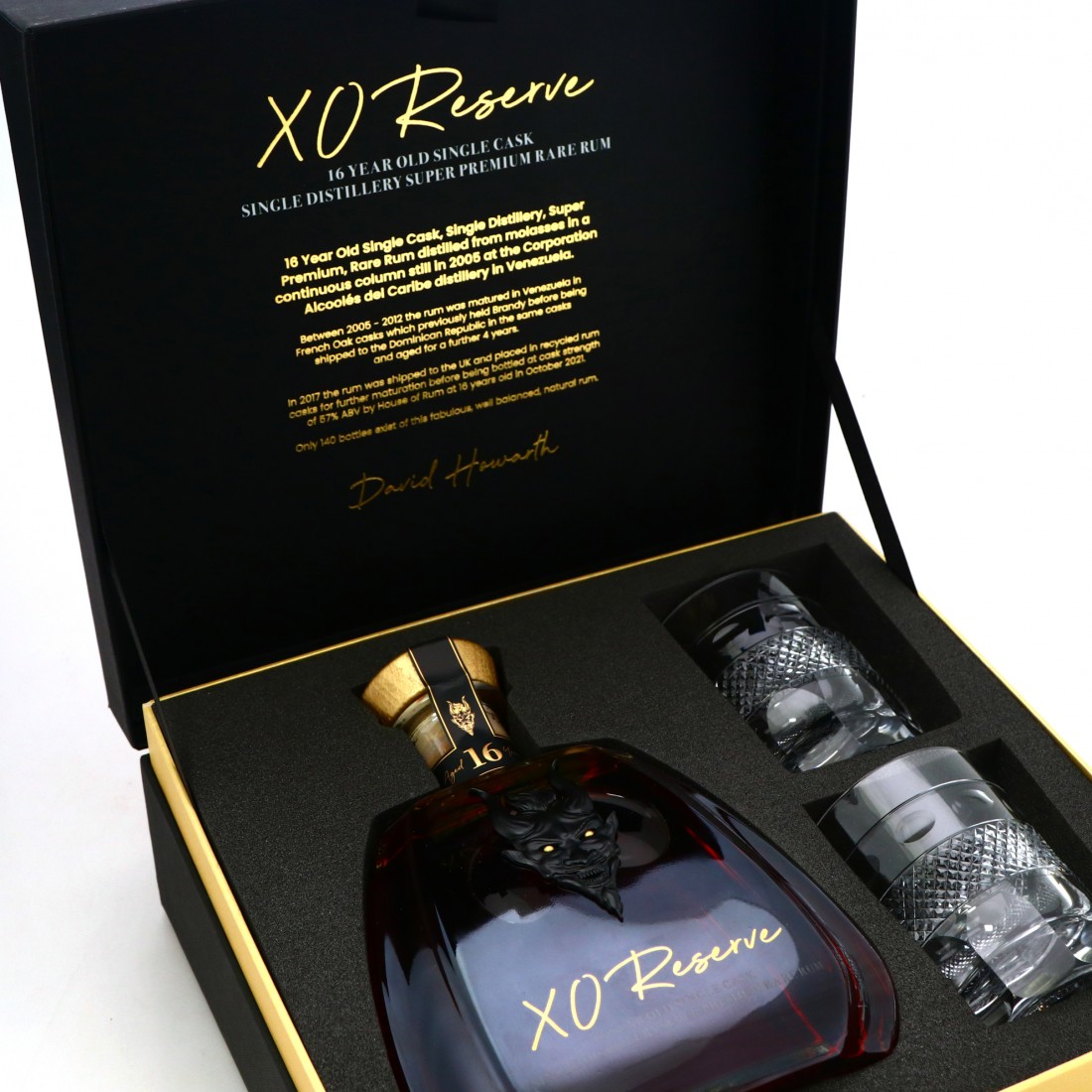 A beautifully present gift pack of super-premium rum which was produced at Corporation Alcoholes del Caribe of Venezuela.

It was distilled in 2005 and aged on site until 2012 in ex-French brandy casks before being moved to the Dominican Republic for a further four years of aging. Finally, it was then moved to the UK before being bottled at a high ABV of 57% by House of Rum in October 2021.

This incredible liquid is presented in a an eye-catching Ebe Decanter featuring its individual bottle number, founder’s signature and with a Diablo die cast metal badge. Alongside the decanter are a pair of Cumbria Crystal, hand blown, hand cut, crystal tumblers. These typically require 10-12 working days and 7 different cutting and hand polishing operations to produce.

The release was honoured by winning of two Silver Awards at the Rum & Cachaca Masters and the IWSC Spirits Awards 2022.