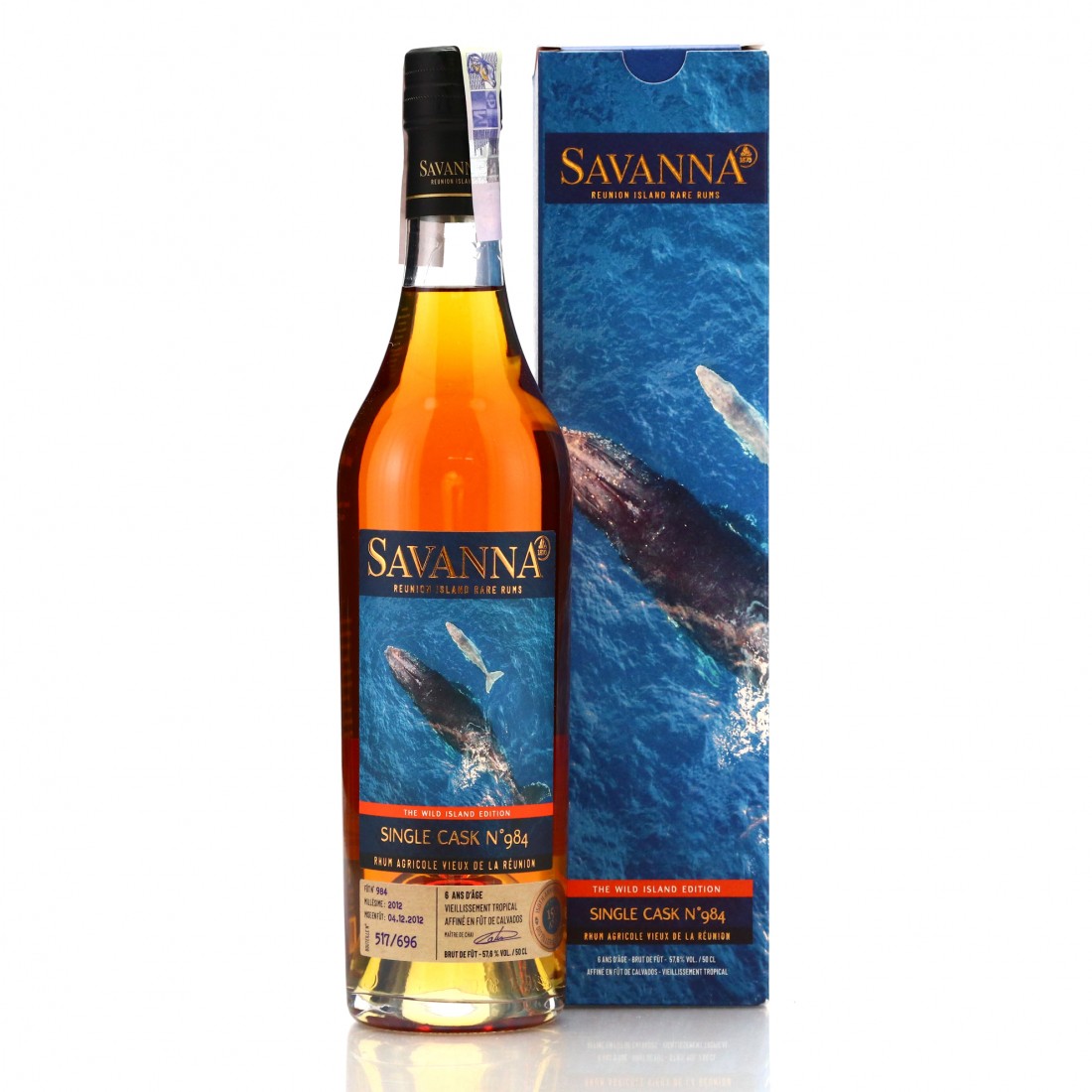 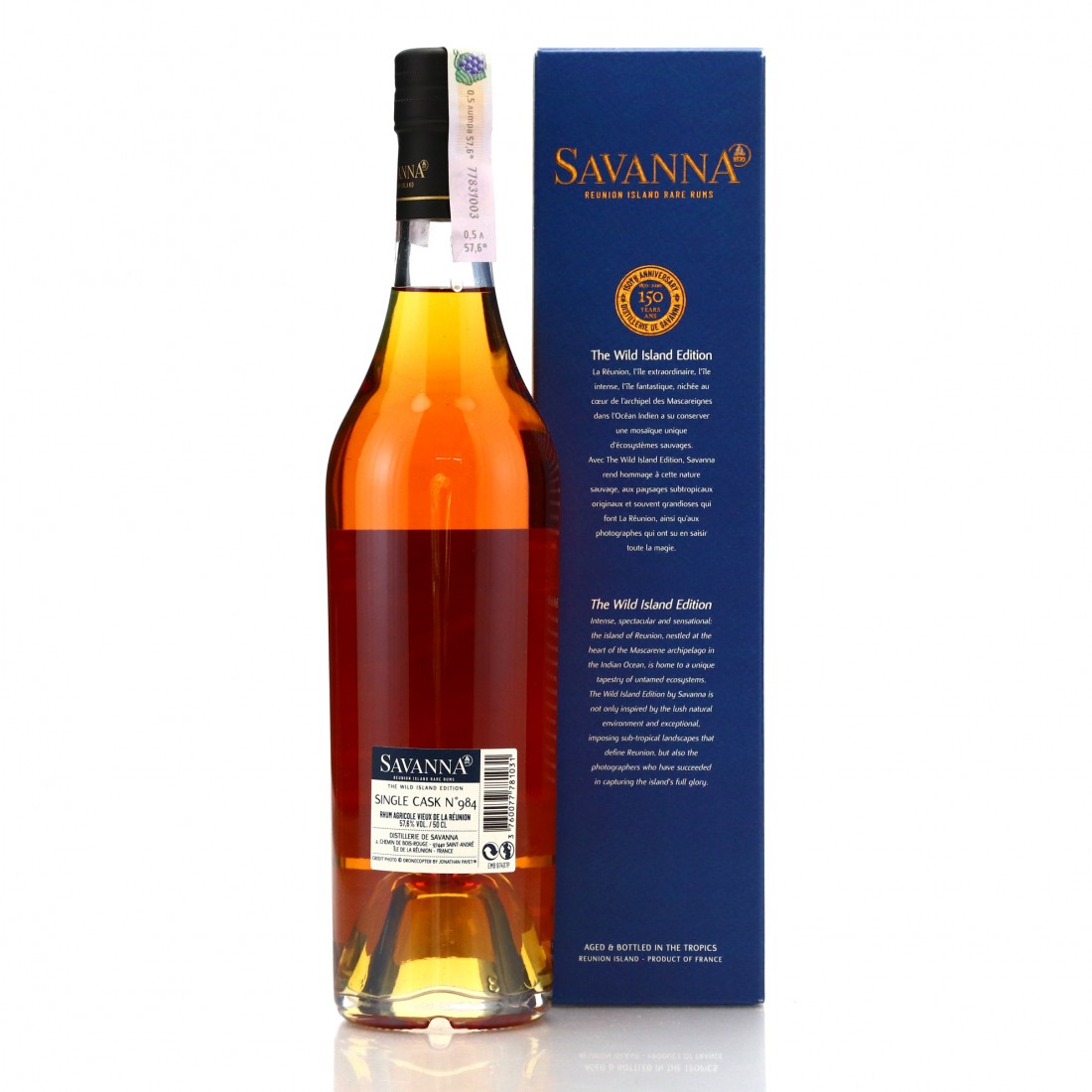 A single cask traditional rum, distilled on Reunion Island at the Distellerie Savanna.

Cask #984 was distilled in 2012, matured and finished in an ex-Calvados cask and bottled at 6 years old as part of their Wild Island collection.

One of 696 bottles produced to celebrate the 150th anniversary of the distillery.