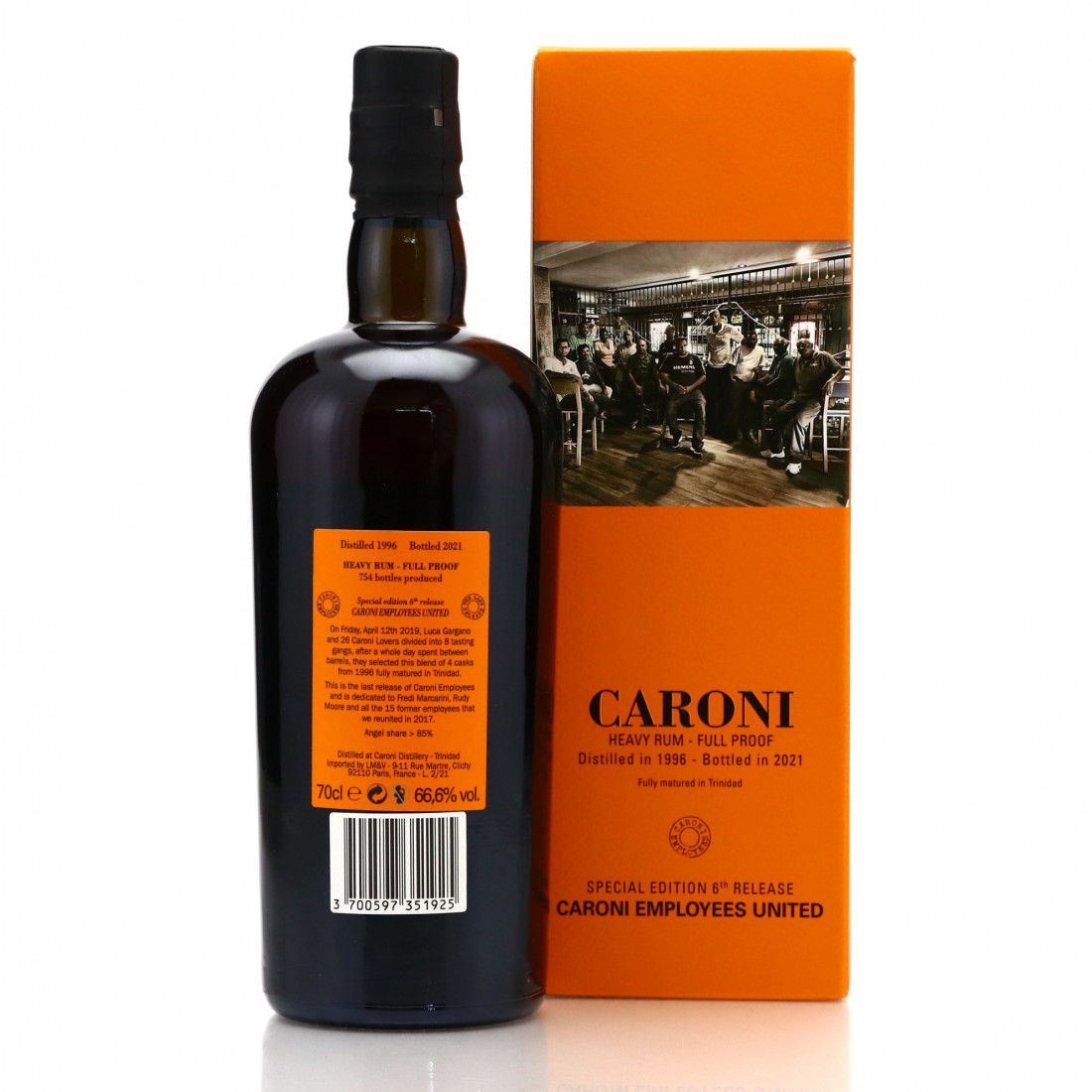 This is part of the sixth and final release of the Caroni Employees series, bottled in 2021. Rather than honour a single former employee as previous releases did, this one celebrated Fredi Marcarini, Rudy Moore and the fifteen others who were reunited in 2017.