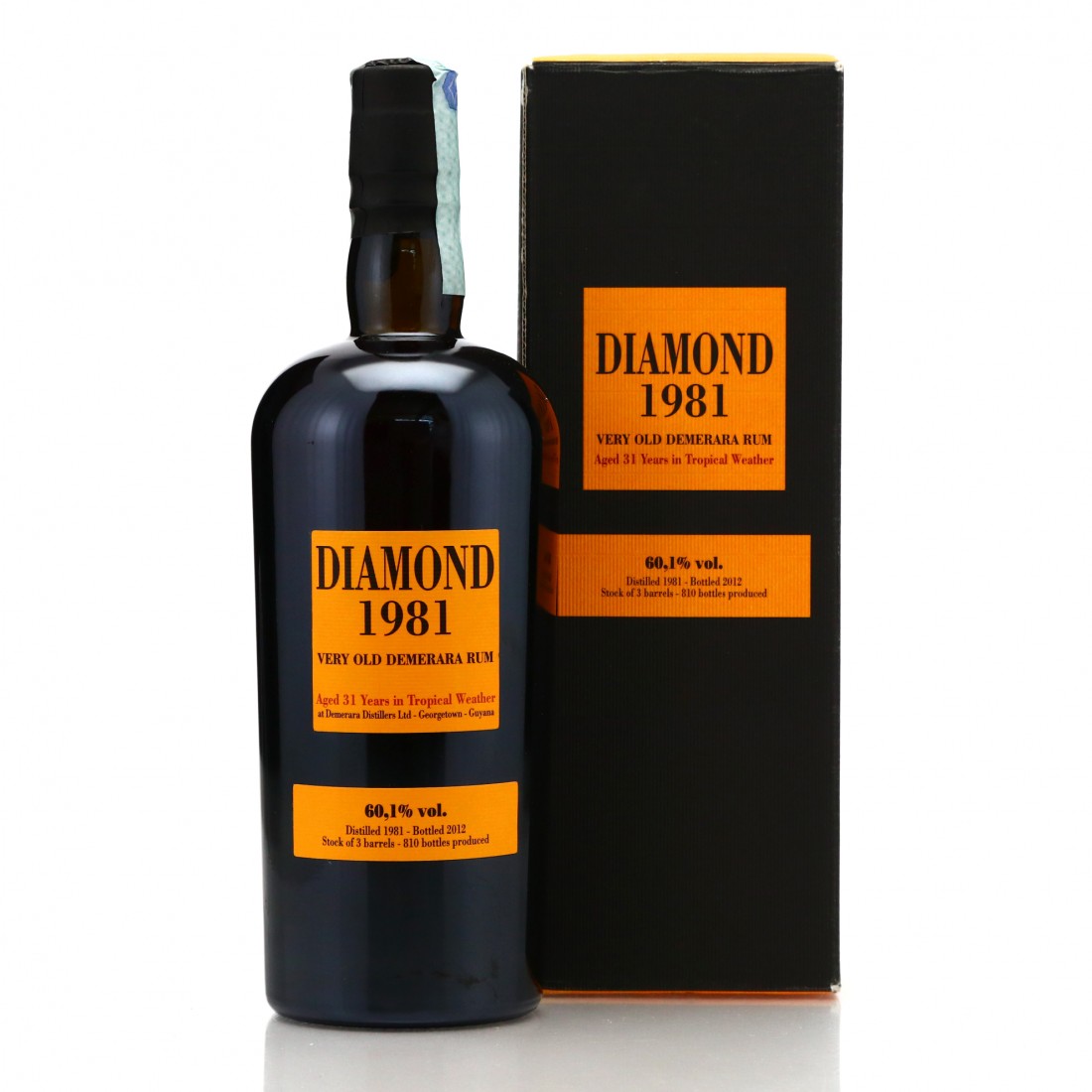 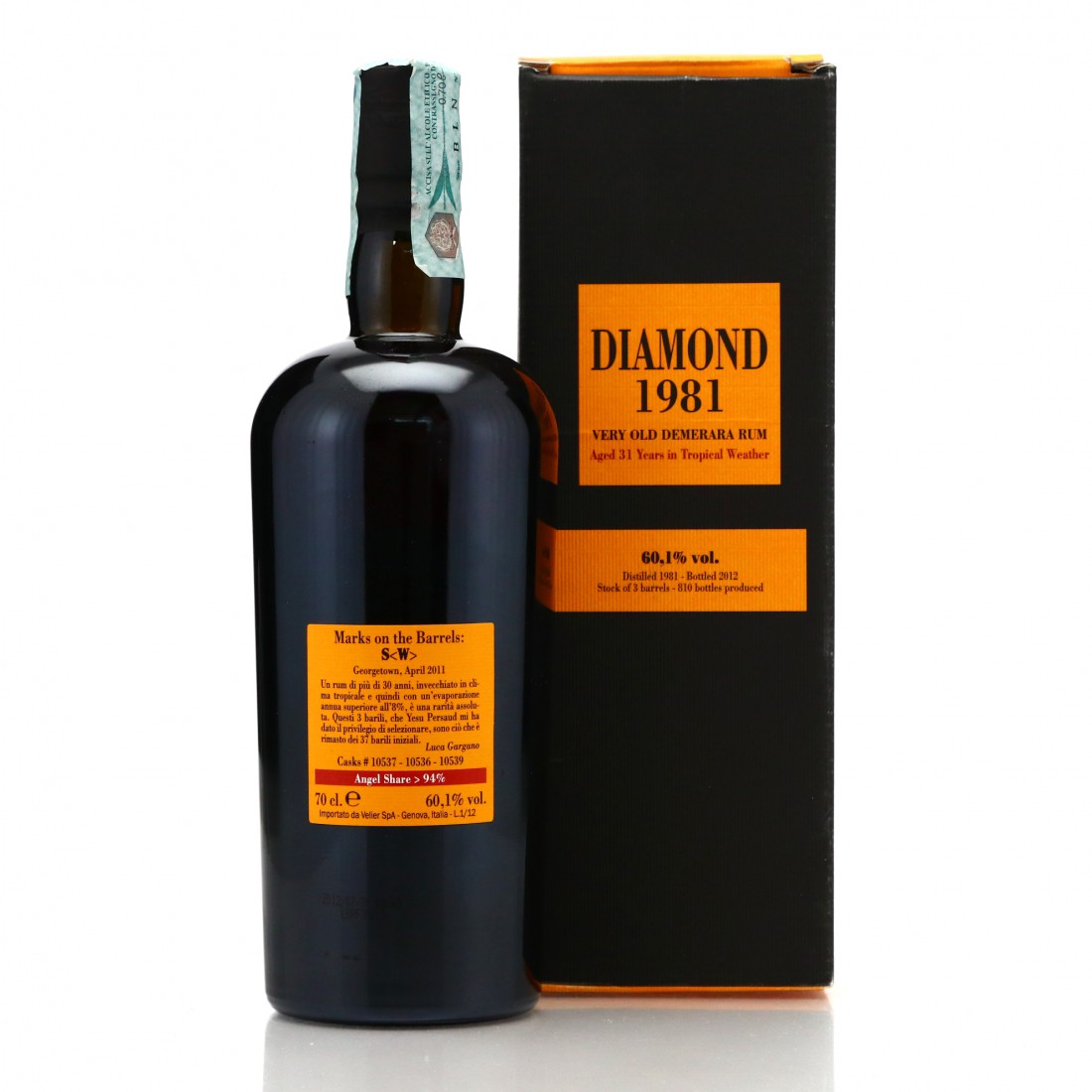 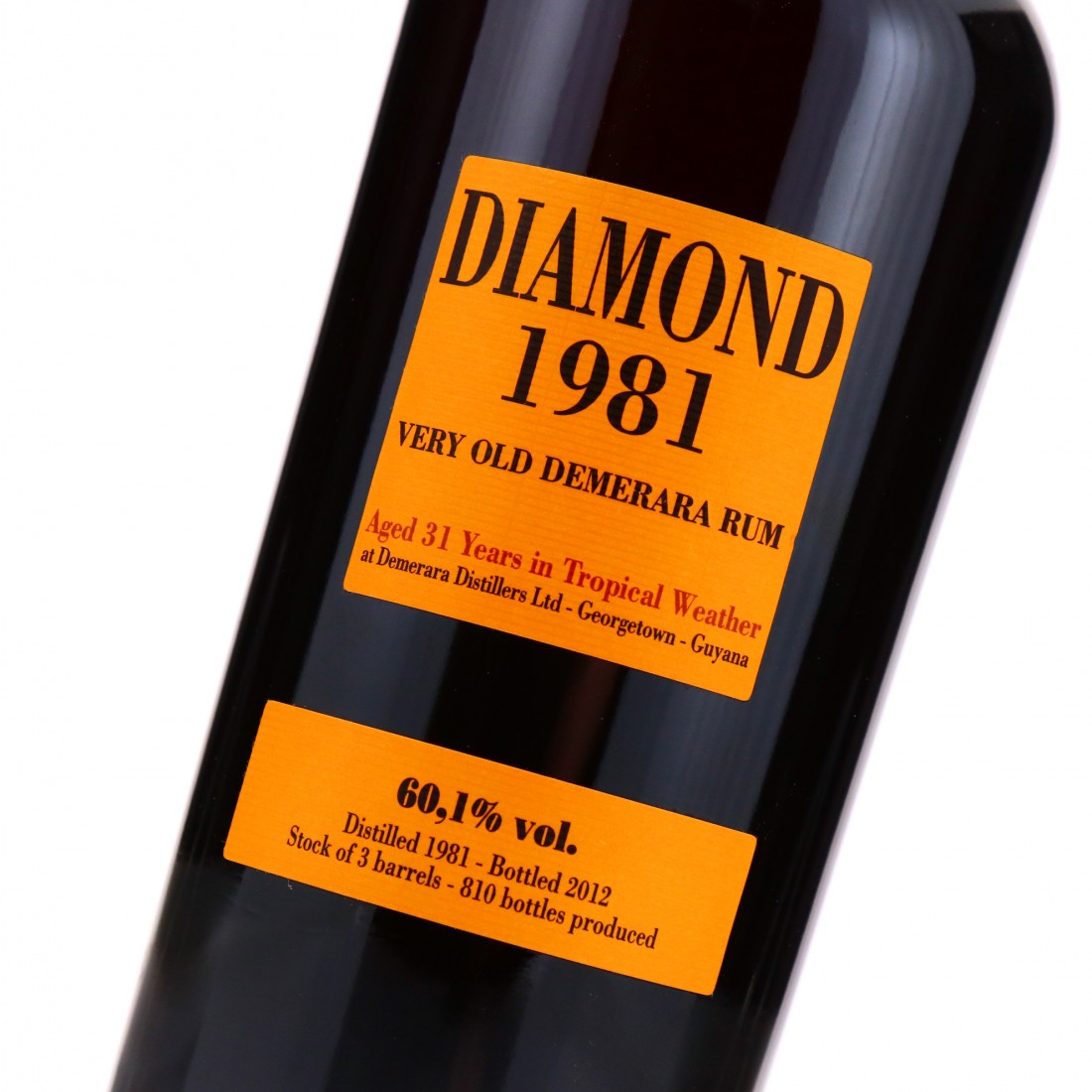 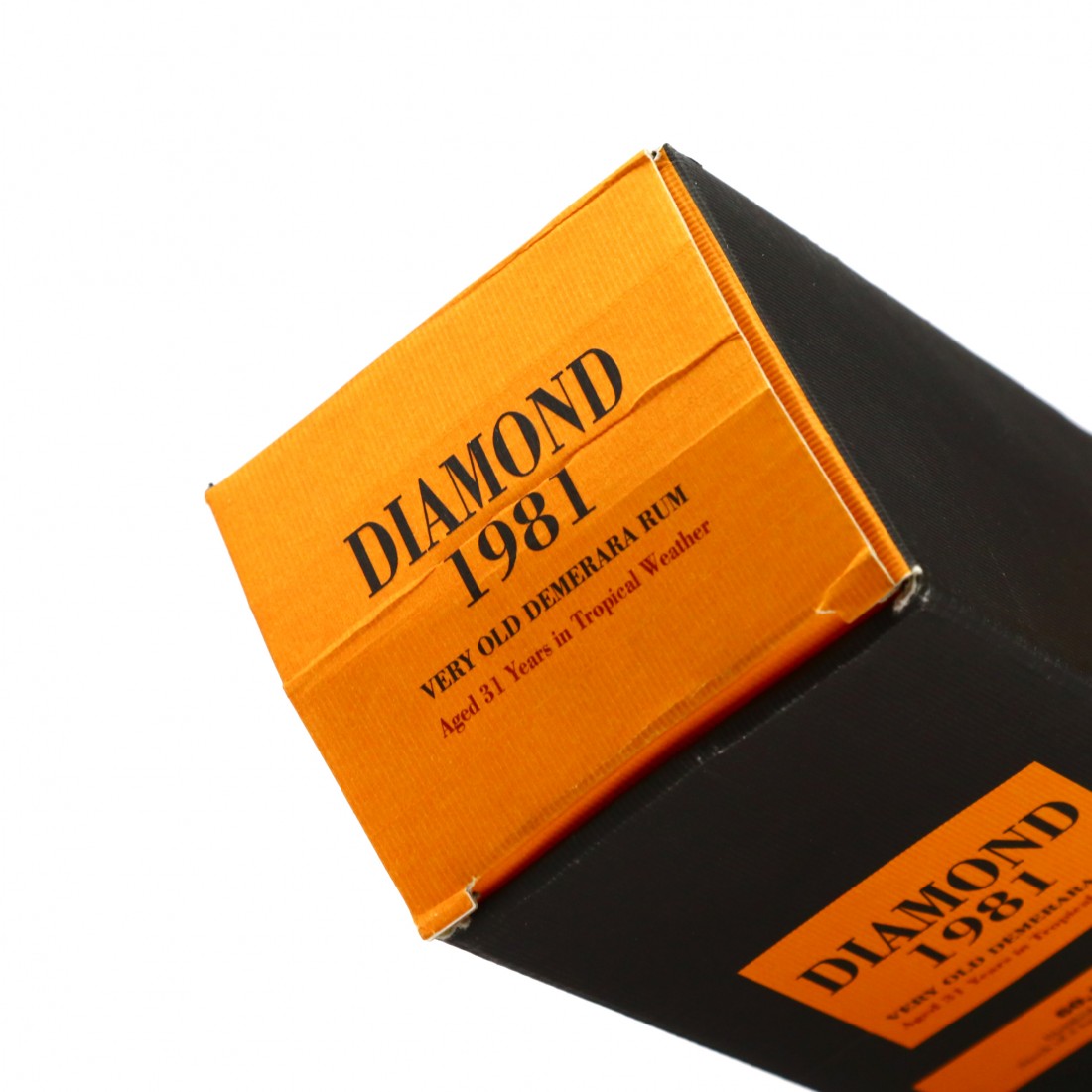 This is a Demerara rum from the metal coffey stills of Diamond distillery, now the only facility in Guyana, but one of many back when this was distilled in 1981.

One of 810 bottles drawn from 3 casks marked S<W>, all fully aged in the tropics for 31 years.