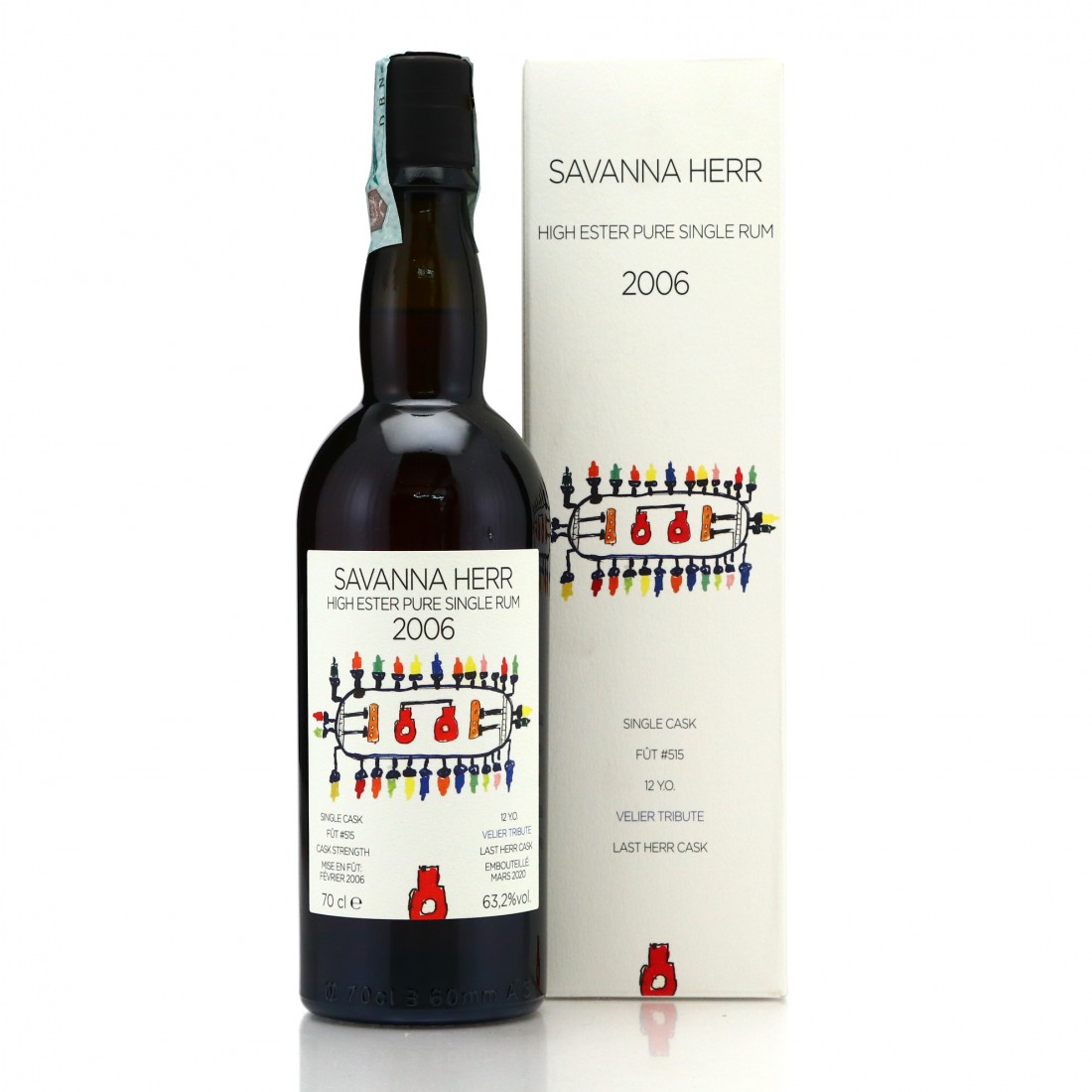 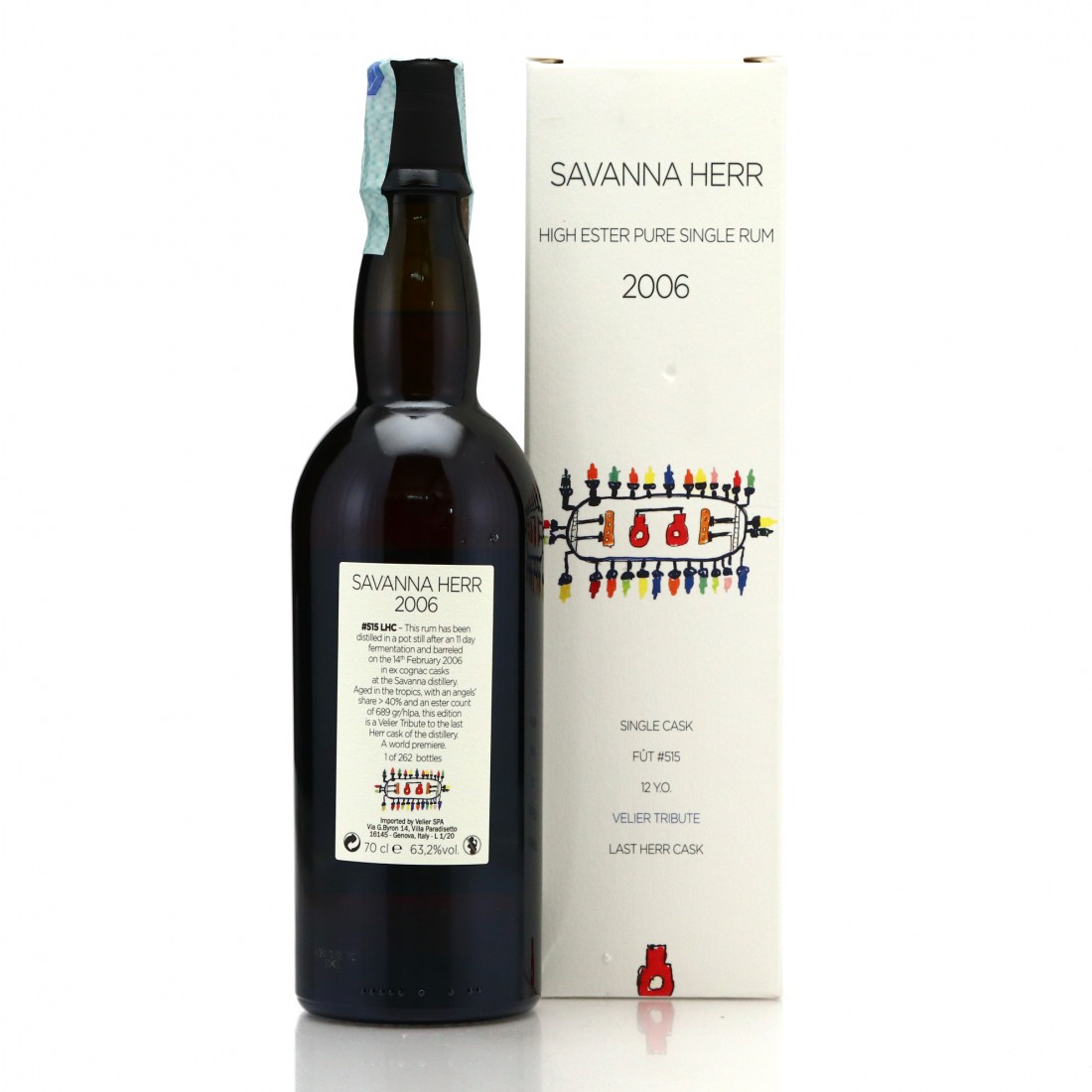 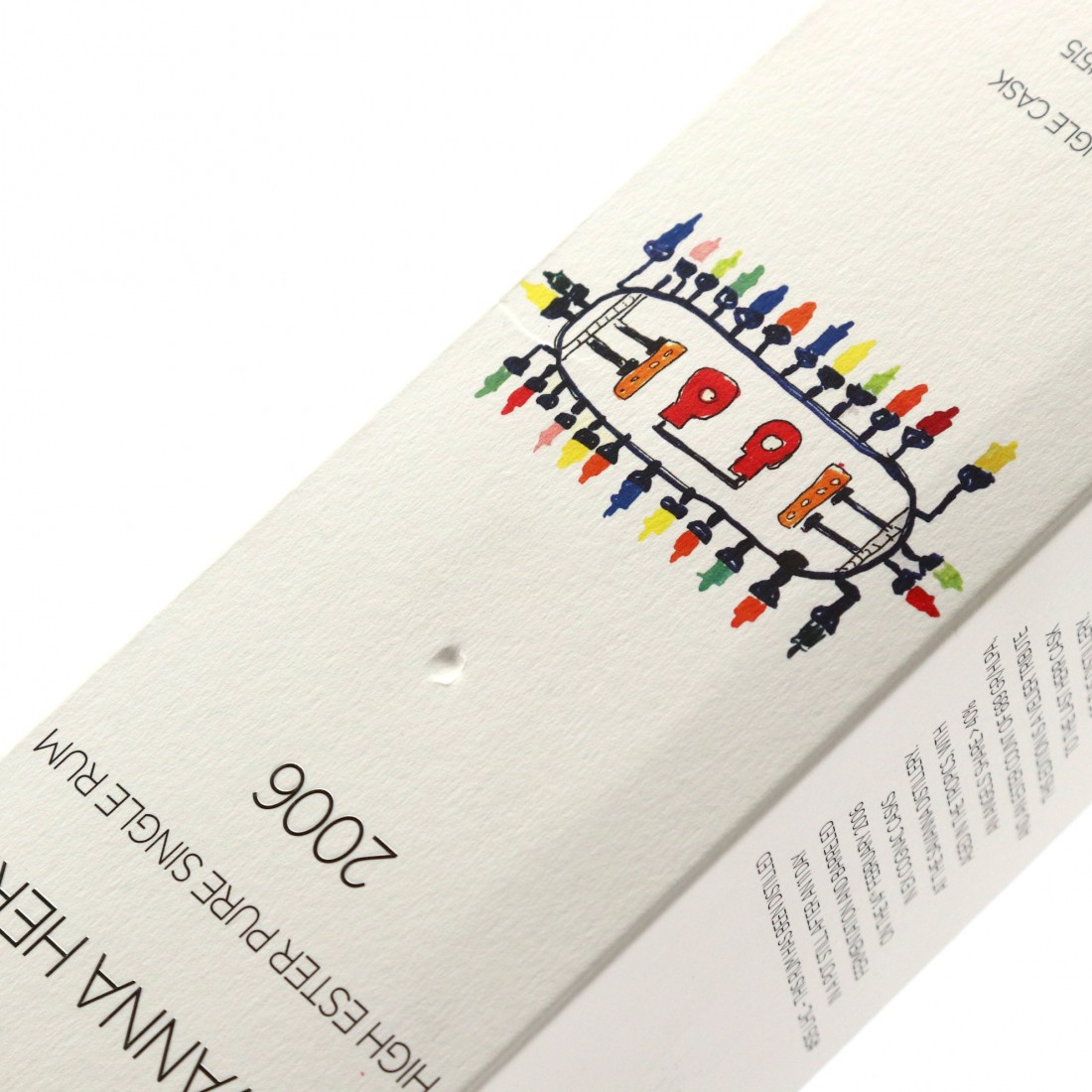 HERR stands for "High Ester Rum Reunion" and is pot distilled from molasses. Put into single Cognac cask #515 in February 2006 and matured 12 years in the tropics before bottling by Velier. This is part of a trio of rums released in 2020, known as the Japoniani due to featuring labels sketched by Luca Gargano on a flight from Japan back to Italy.