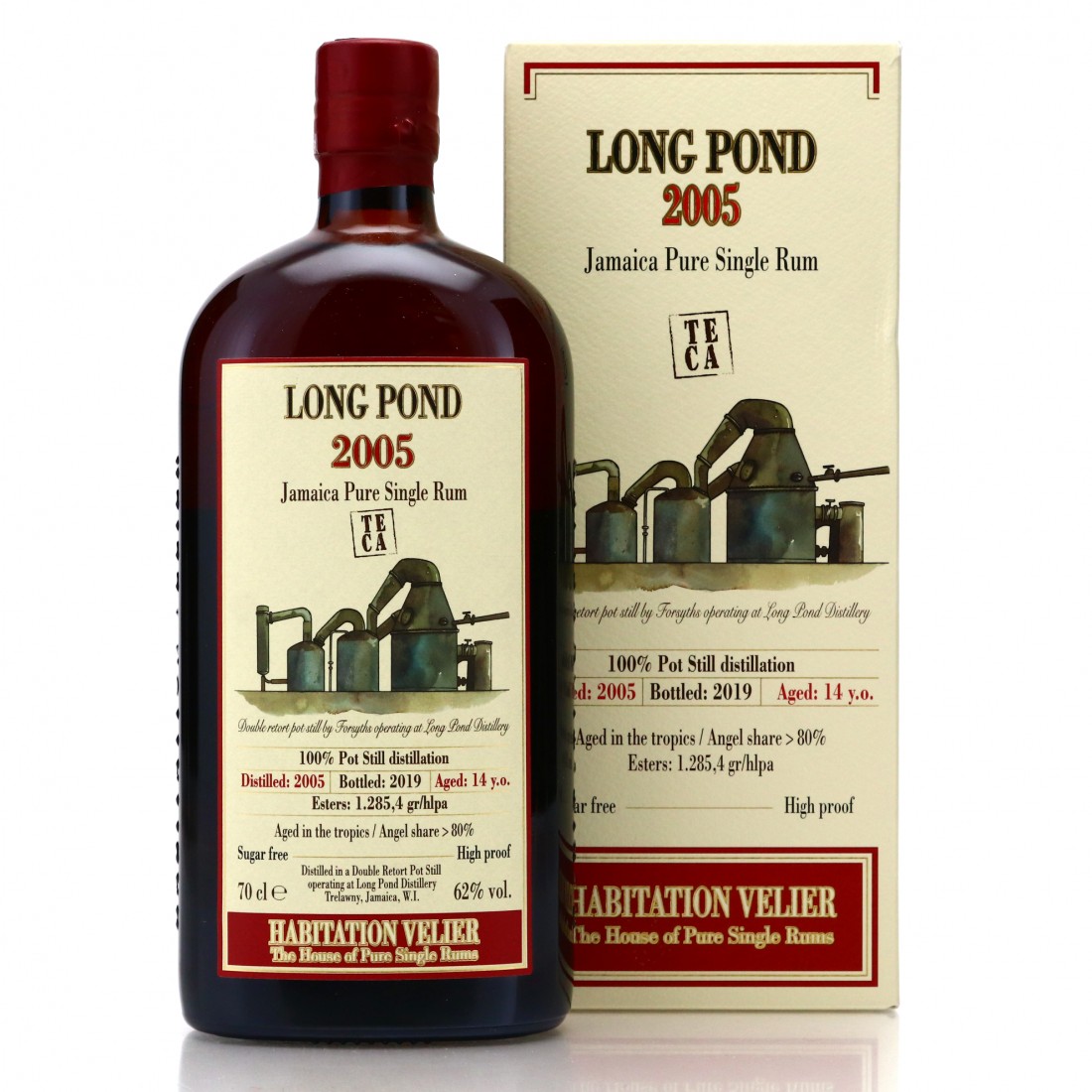 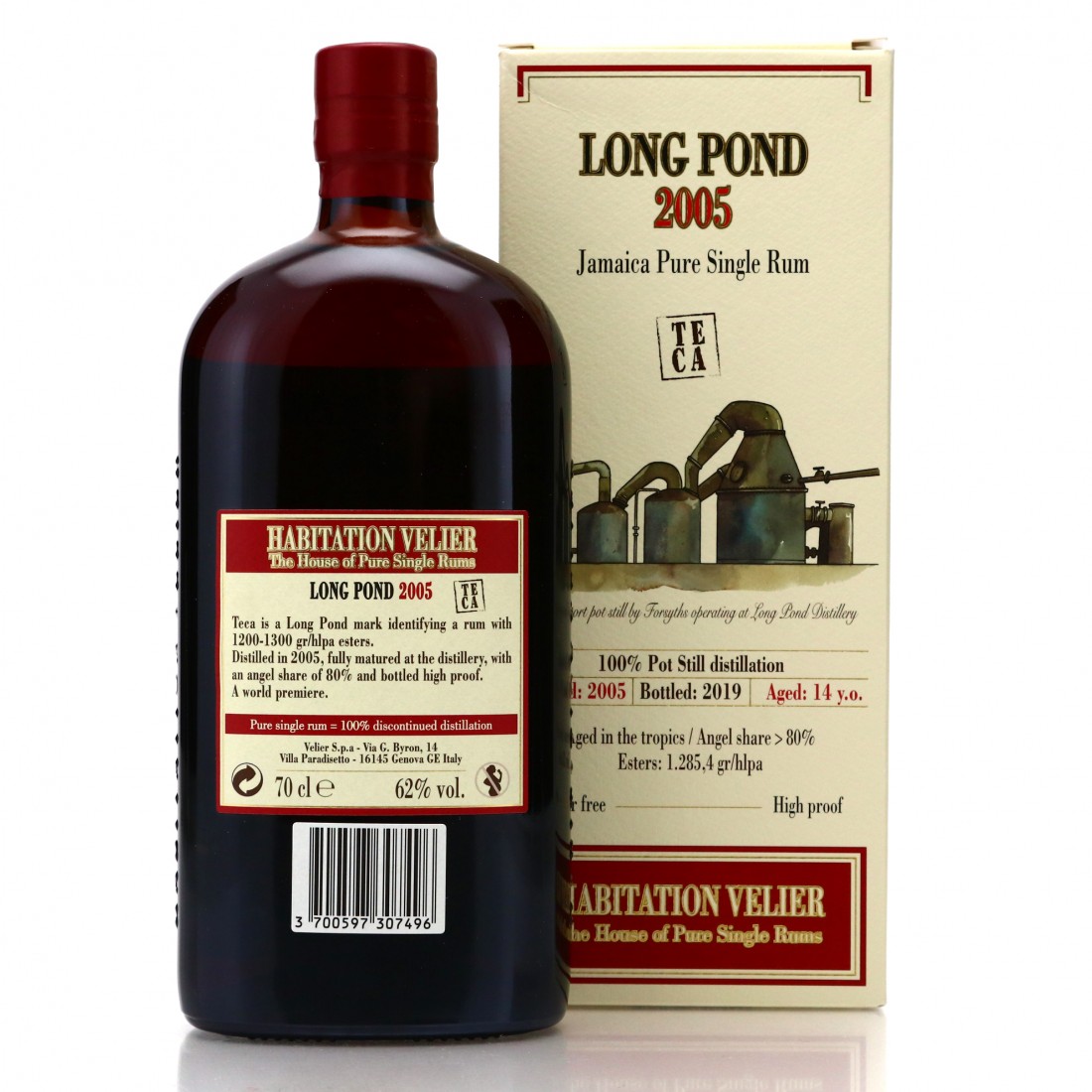 This is the Continental Flavoured Style, one of four classifications used in Jamaica, identifying rums with 700/1600 gr/hlpa. The TECA mark specifically refers to rums with 1200/1300 gr/hlpa. Distilled at Long Pond in 2005 and bottled in 2019.