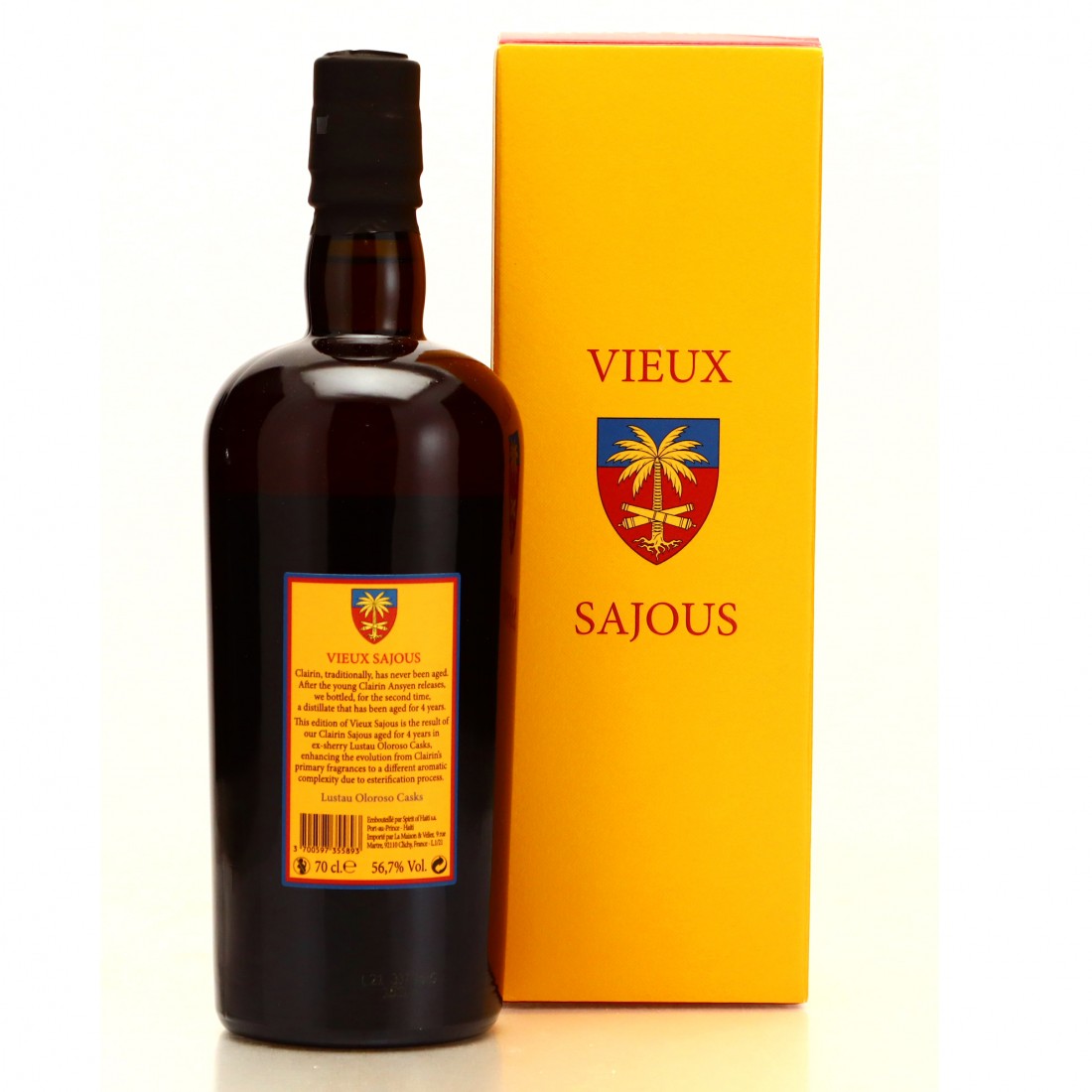 A 4 year aged Clairin spirit. Traditionally this is an unaged spirit and is produced using sugarcane in Haiti. There are between 500 and 600 micro-distilleries in Haiti that produce Clarin. Vieux Sajous is the result of a blend of 12 barrels that have previously contained Single Malt Whisky or Rum.

The Chelo distillery was built by Michel Sajous in the Saint Michel de l'Attalaye region, just north of the Haitian capital of Port-au-Prince. There he operates a small traditional pot still fitted with a six-plate column still neck. The 1000 litre boiler is direct fired using bagasse, and the spirit is bottled at its still strength of 50-57% ABV.