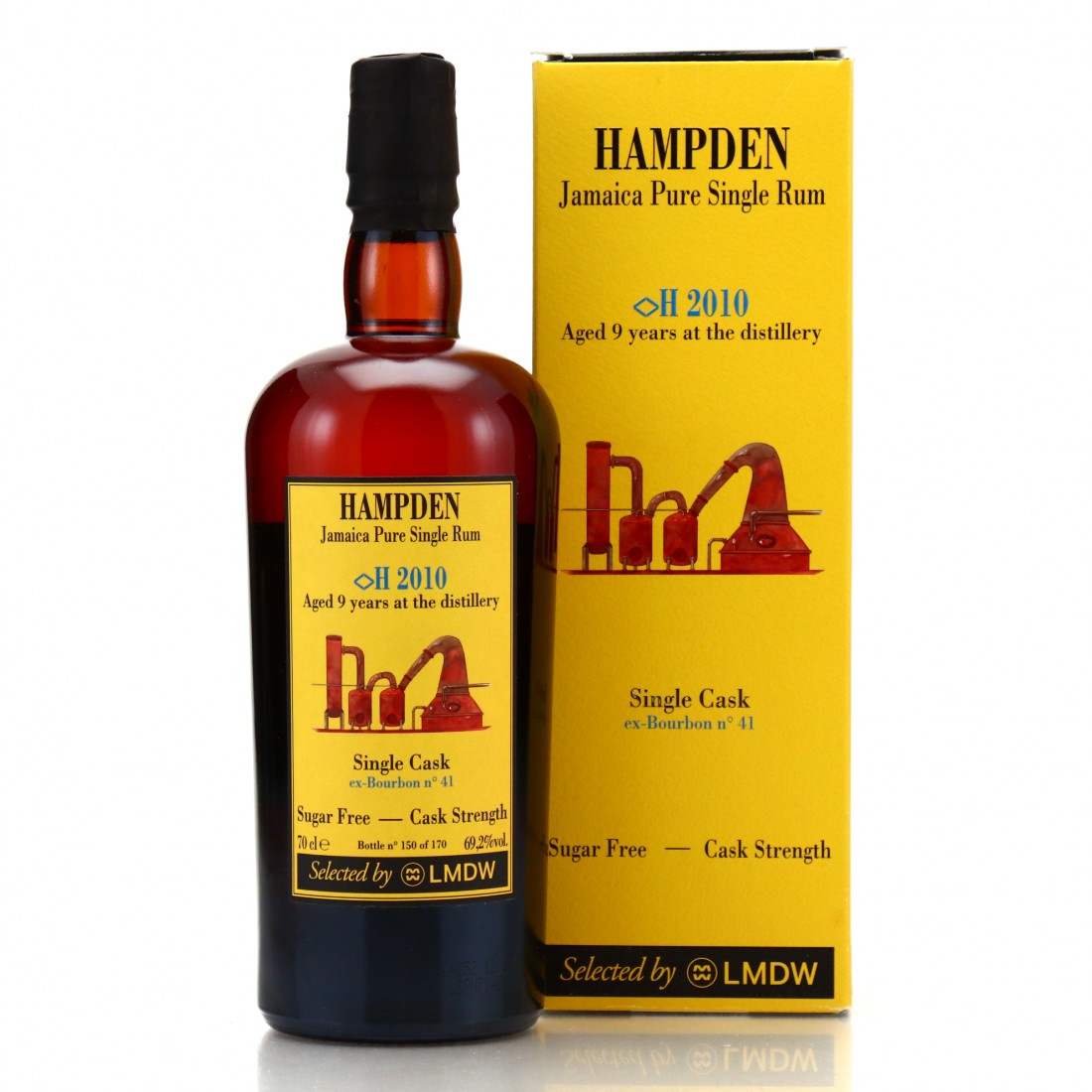 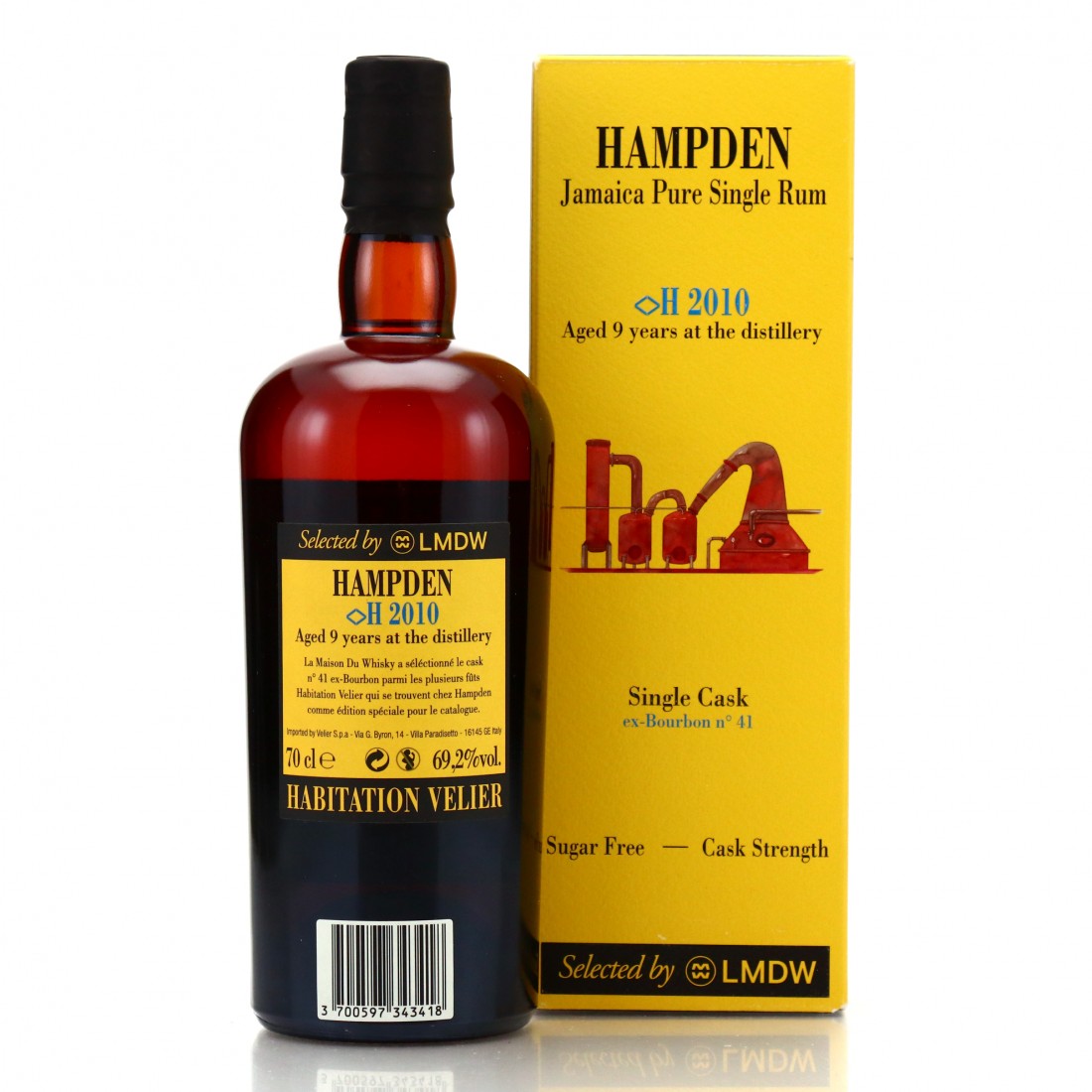 This is a rare single cask bottling of Hampden. Ex-bourbon barrel #41 was specially selected as an exclusive bottling for La Maison du Whisky in 2019.

Distilled in 2010, this was fully matured for 9 years at the Hampden distillery. This is a return of the <>H cask mark, which was a popular addition to the Velier 70th anniversary range in 2017.