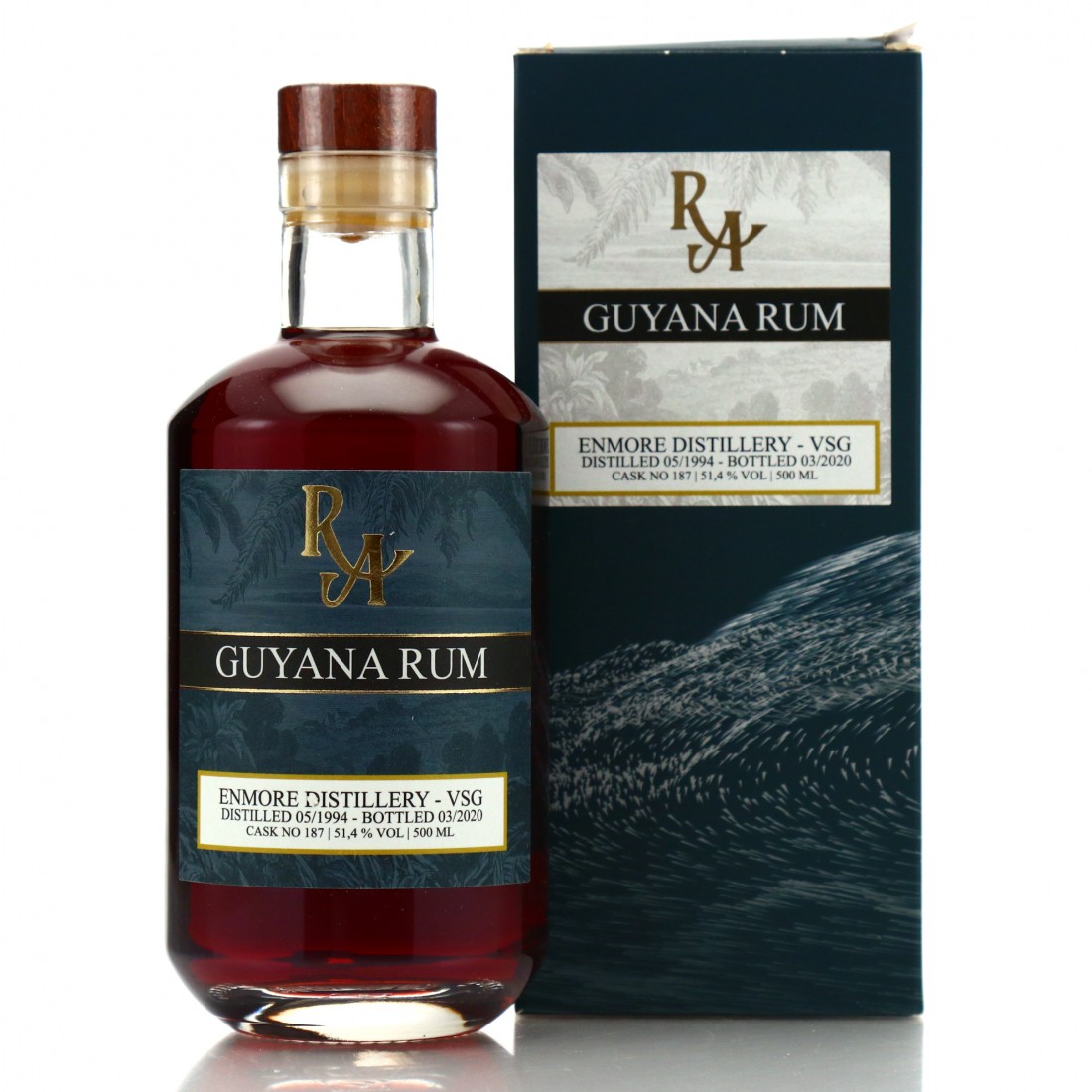 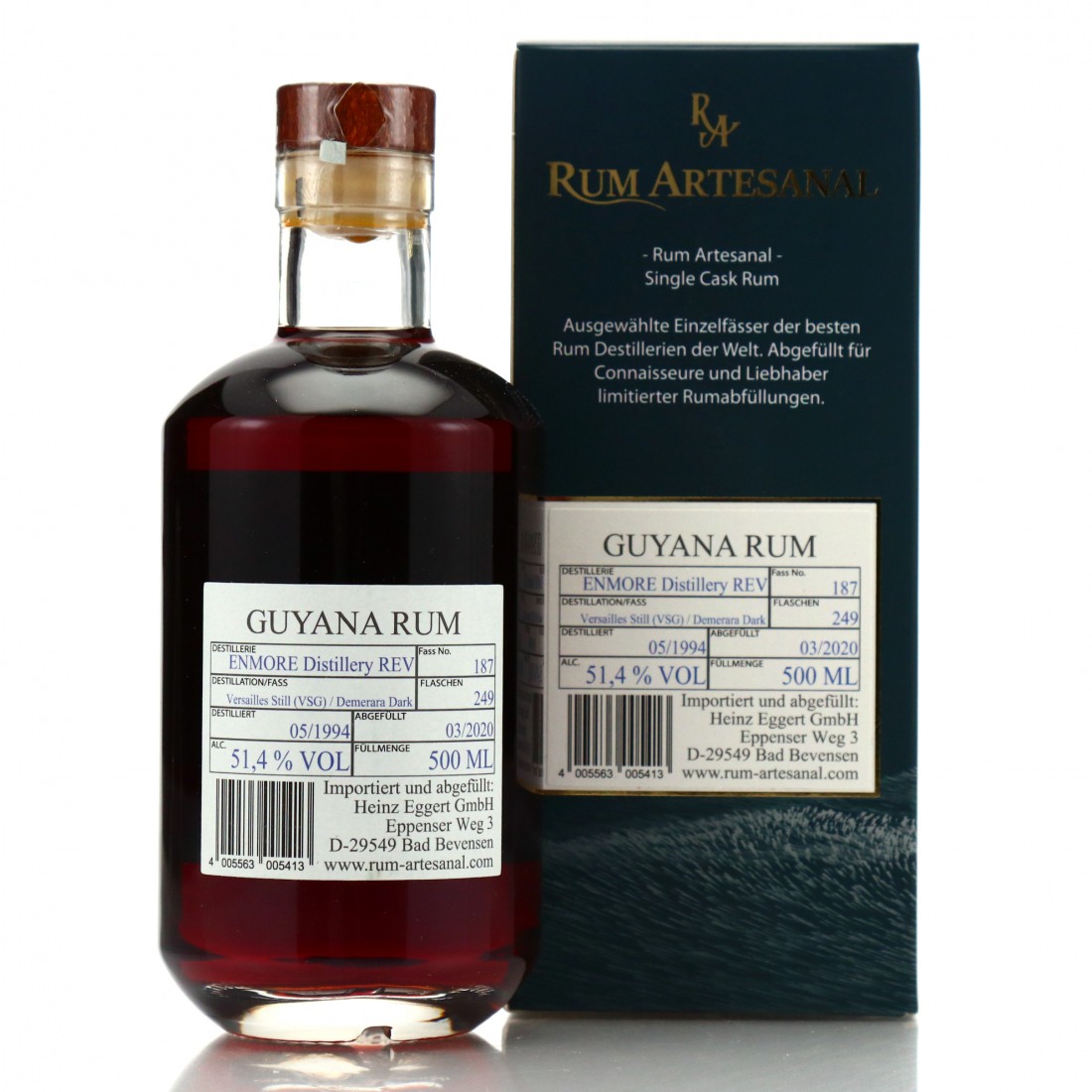 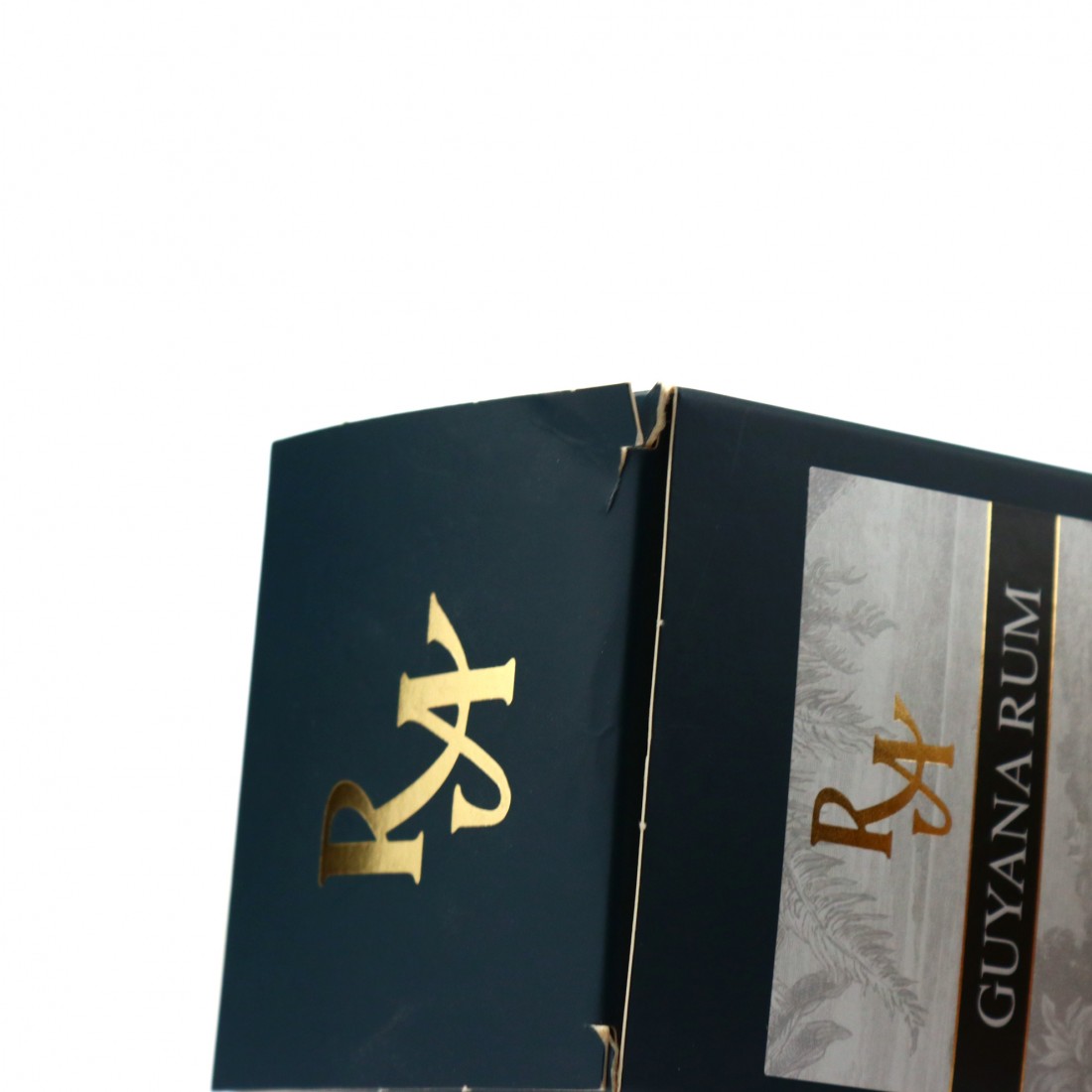 Winning Bid: £400
(Reserve has been met) This lot currently has: 4 bids

A single cask Demerara rum from the Versailles pot still in its final year at Enmore distillery.

Distilled in May 1994, this was bottled at cask strength for German bottler, Rum Artesanal in March 2020.