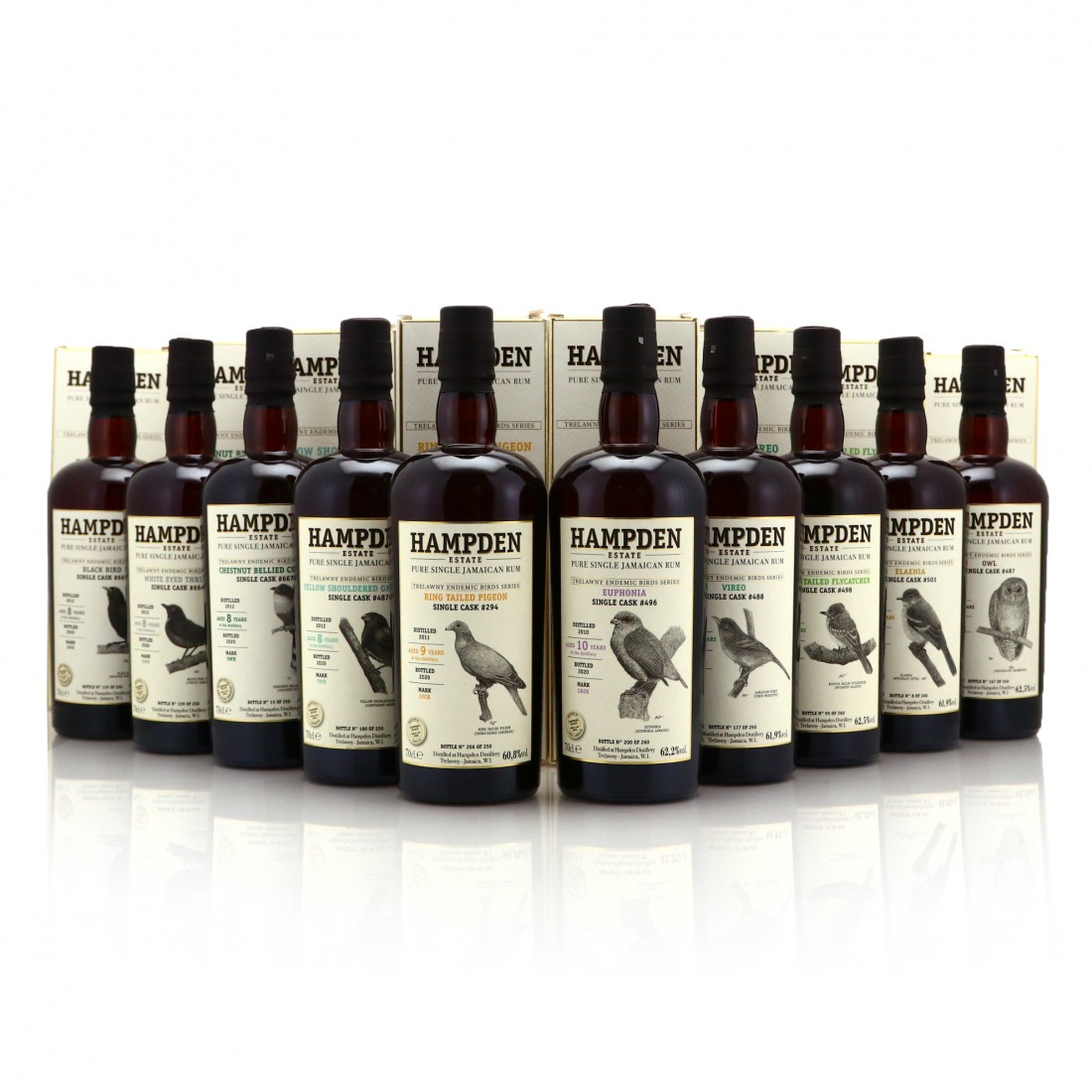 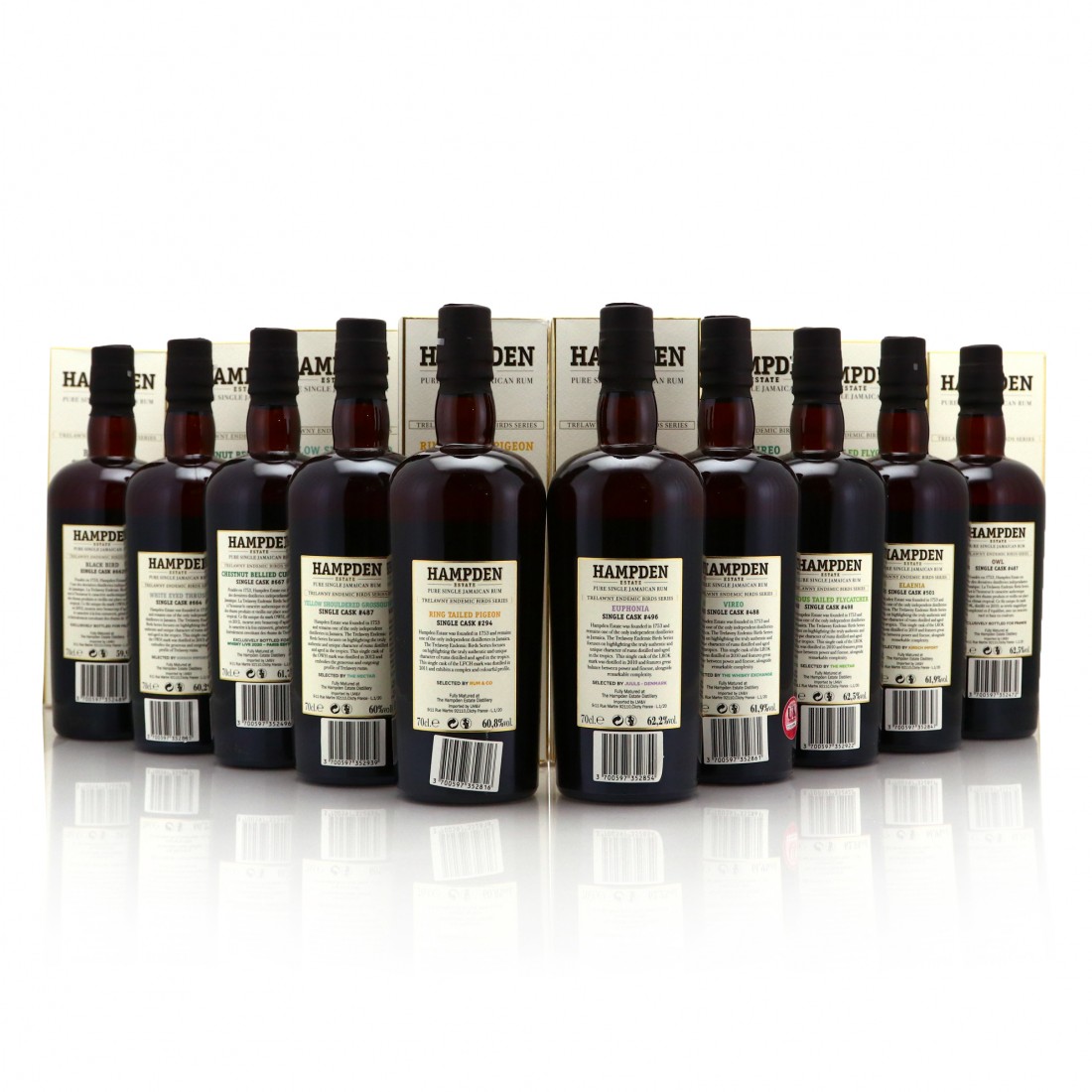 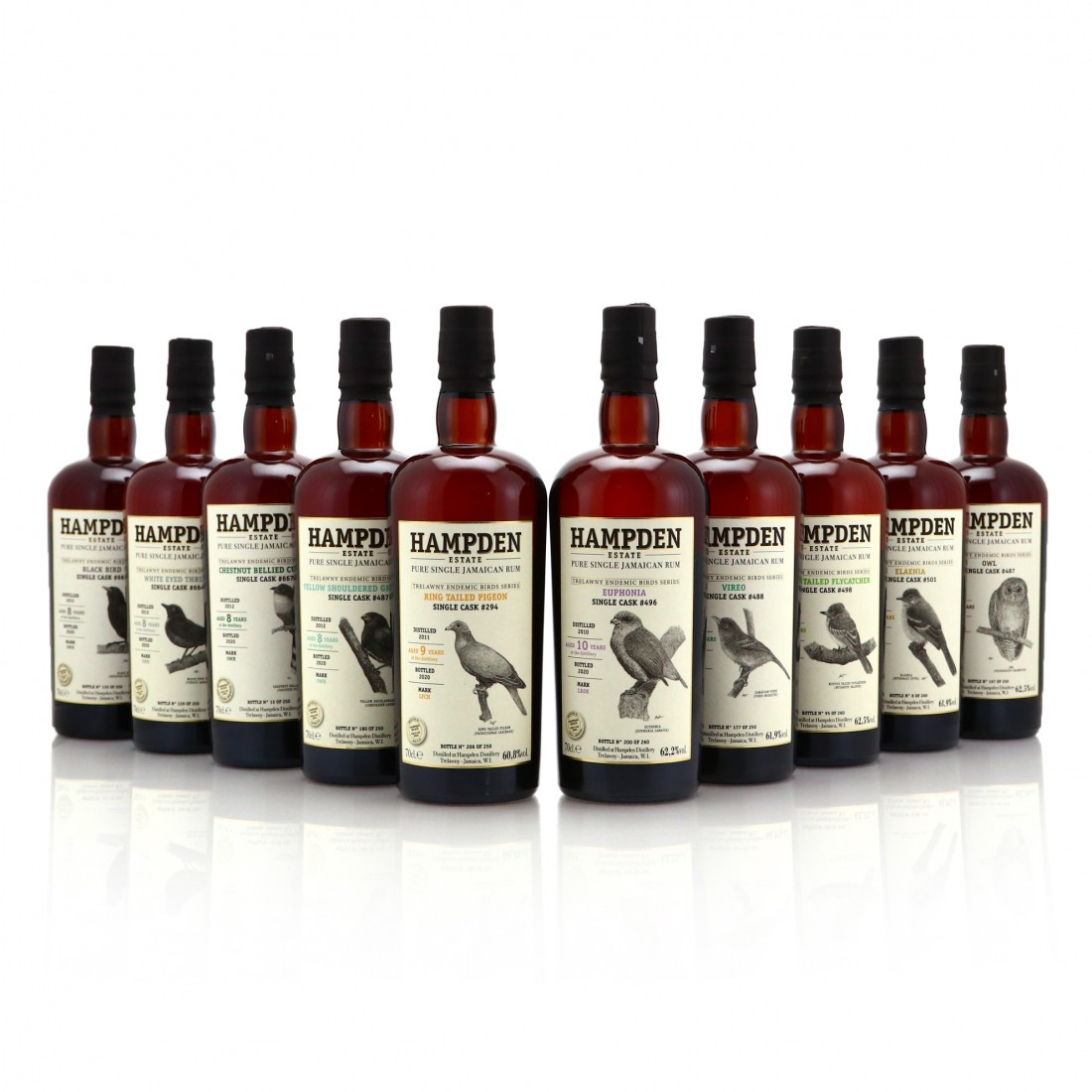 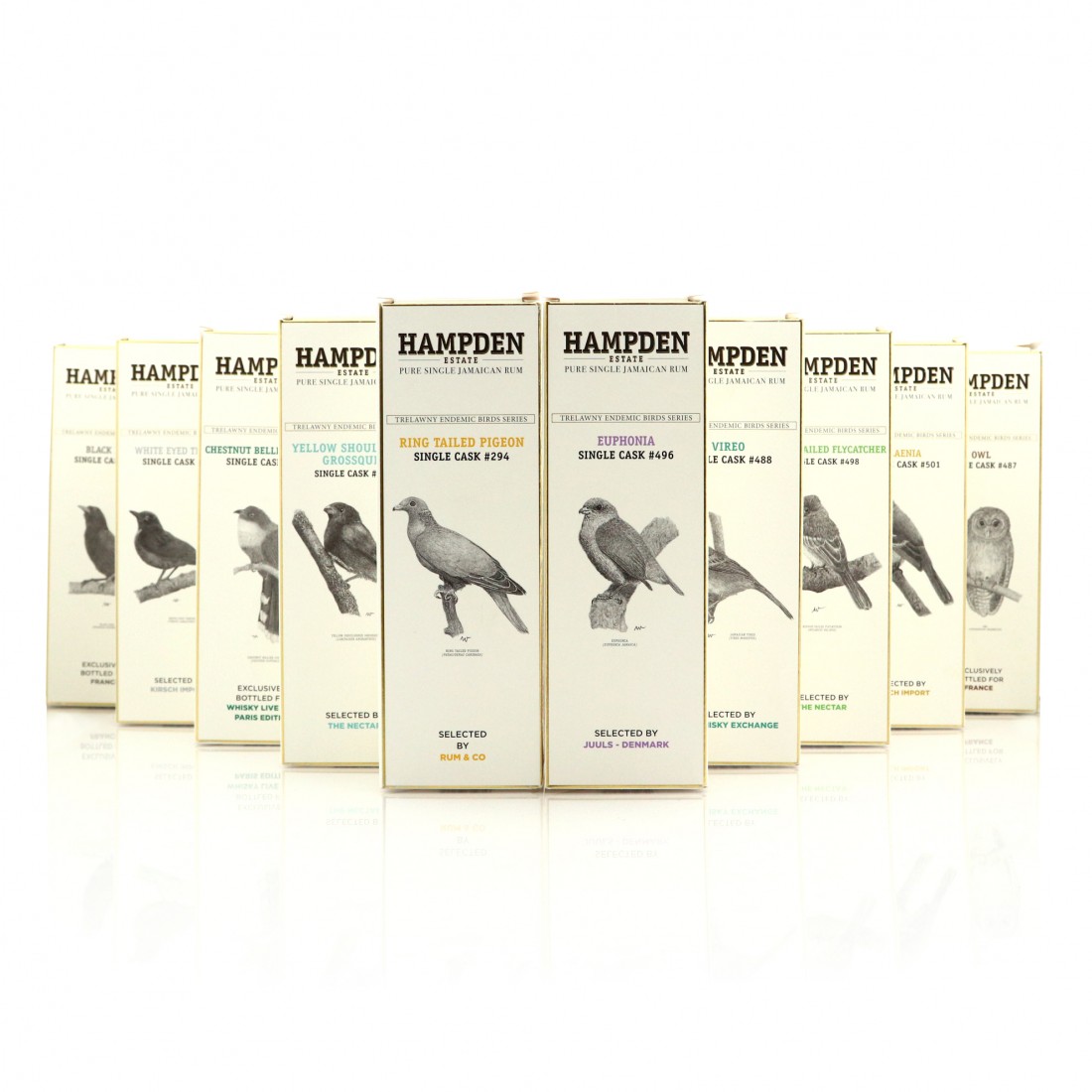 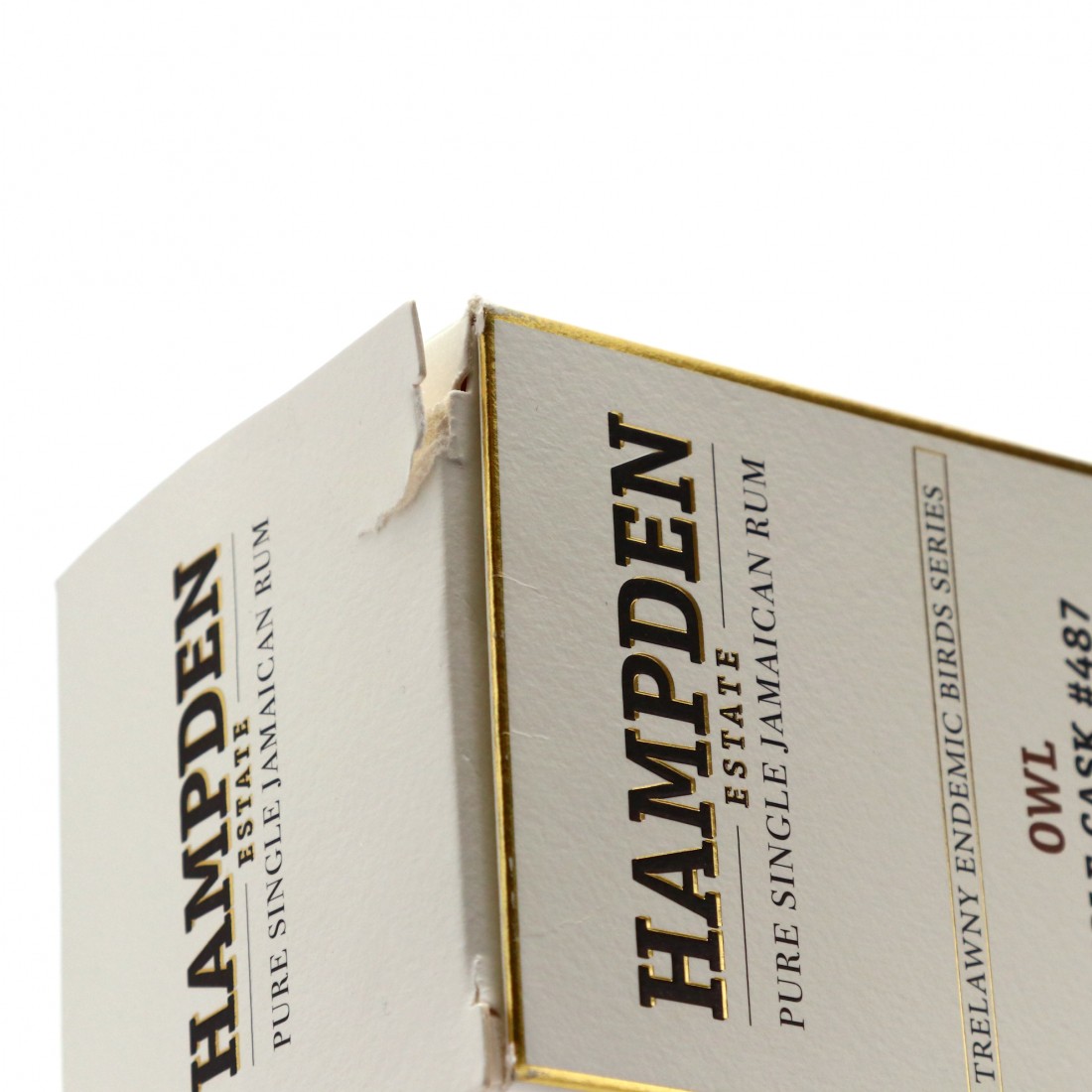 The following lot is for an impressive collection of ten single cask bottlings from Velier's Trelawny Endemic Birds series. These were all bottled in 2020 and made exclusive to a variety of different markets across Europe.

The Hampden Estate was founded in 1753 by a Scotsman called Archibald Sterling, in the Queen of Spain valley of Jamaica’s Trelawny parish. For 250 years it remained family owned, selling rum to third-party blenders and independent bottlers. Mismanagement however meant that by 2003 it was in financial trouble, with the Jamaican government stepping in to assume ownership and some of its debt in order to preserve the jobs of its employees. They sold it in 2009 to the Hussey family’s Everglades Farms, who as first point of business began laying down the casks that would eventually become the first Hampden Estate labelled official bottling of the distillery’s rum, launched in collaboration with Velier in 2018. Famed for its heavy, ester-driven style, Hampden is joined by Worthy Park as the only two Jamaican distilleries that produce exclusively pure single rums (using only pot stills). It currently has four pot stills: two from Forsyths in Scotland, one from Vendome in Kentucky, and another from T&T Engineering in South Africa. This lot includes...

This lot will include a ten-bottle shipping fee.