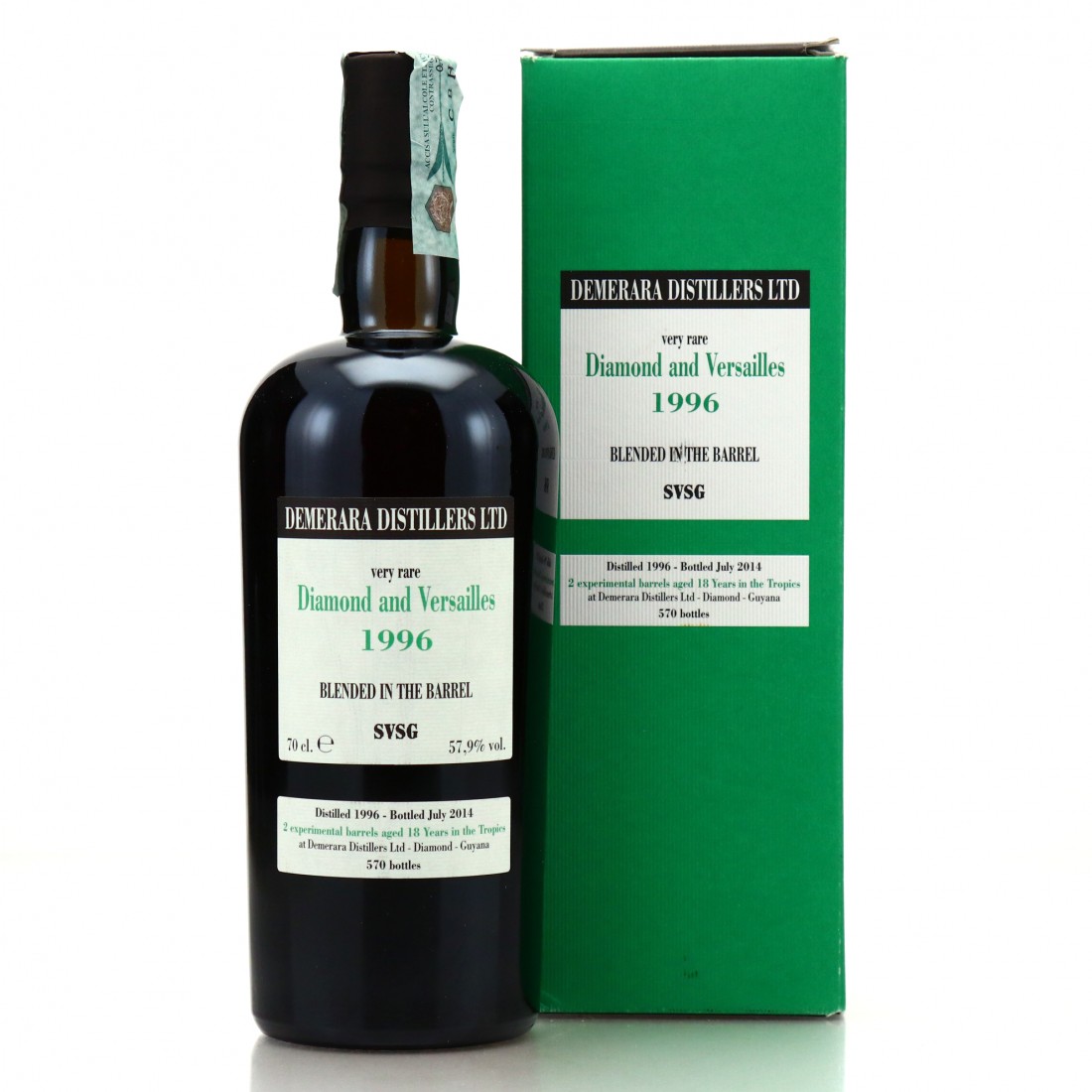 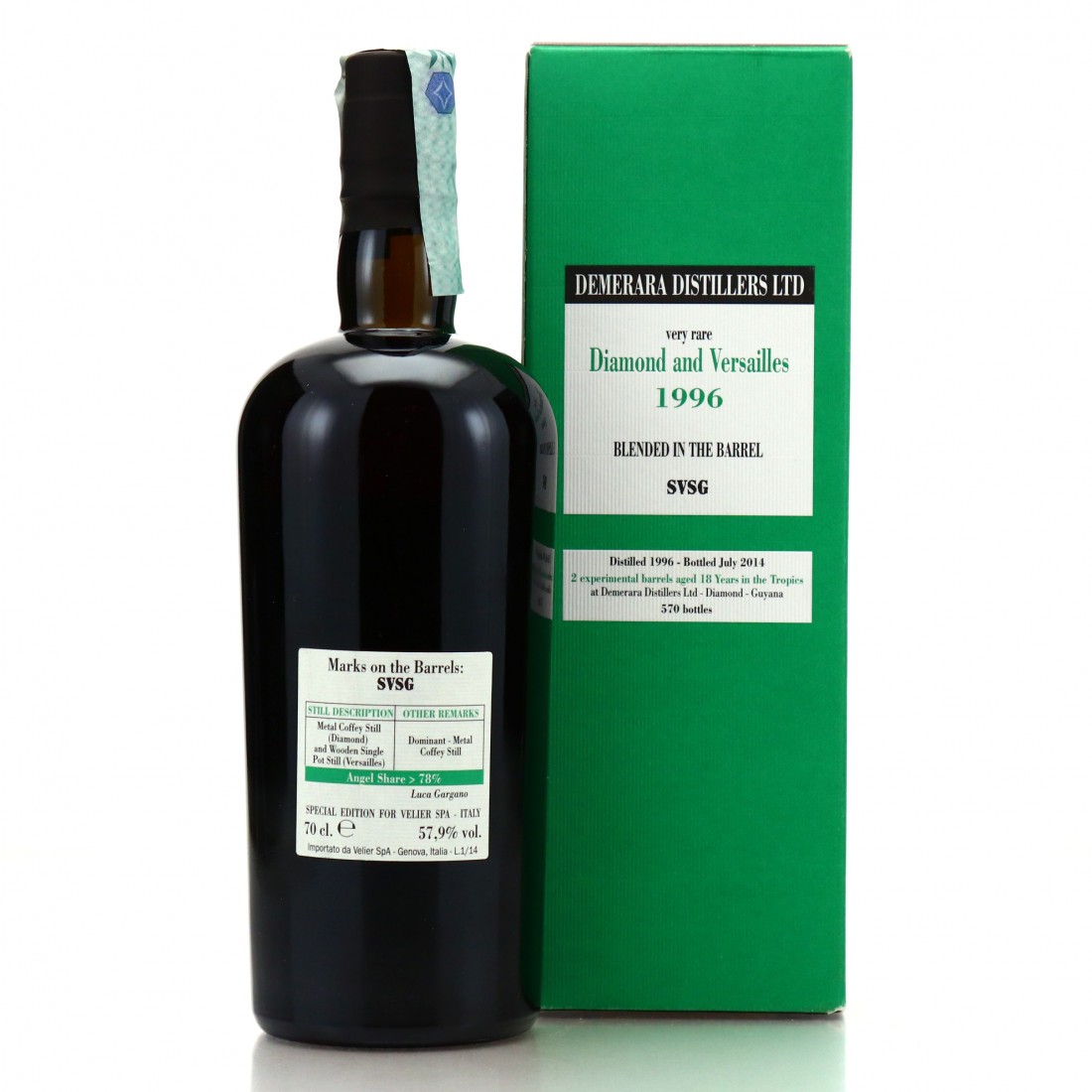 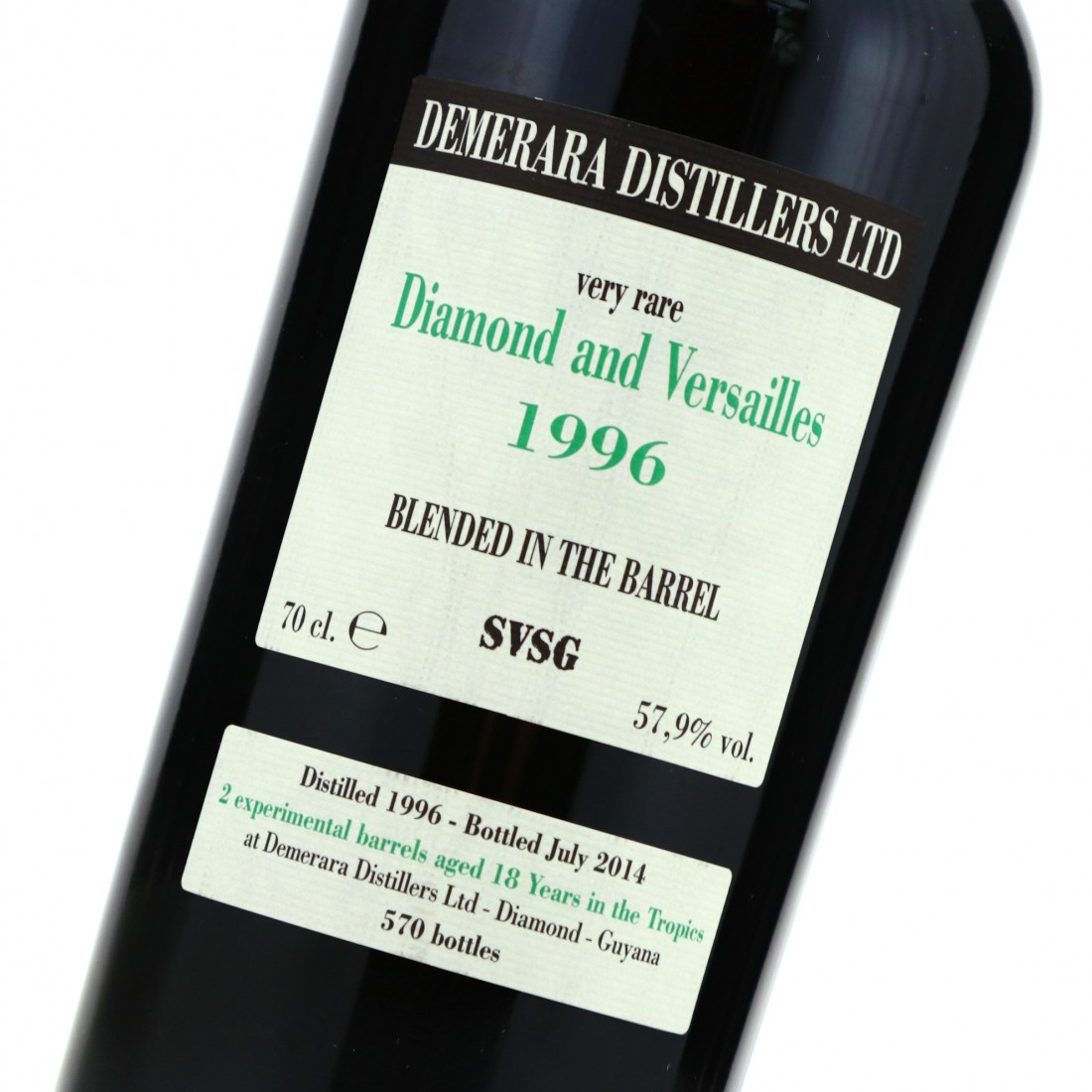 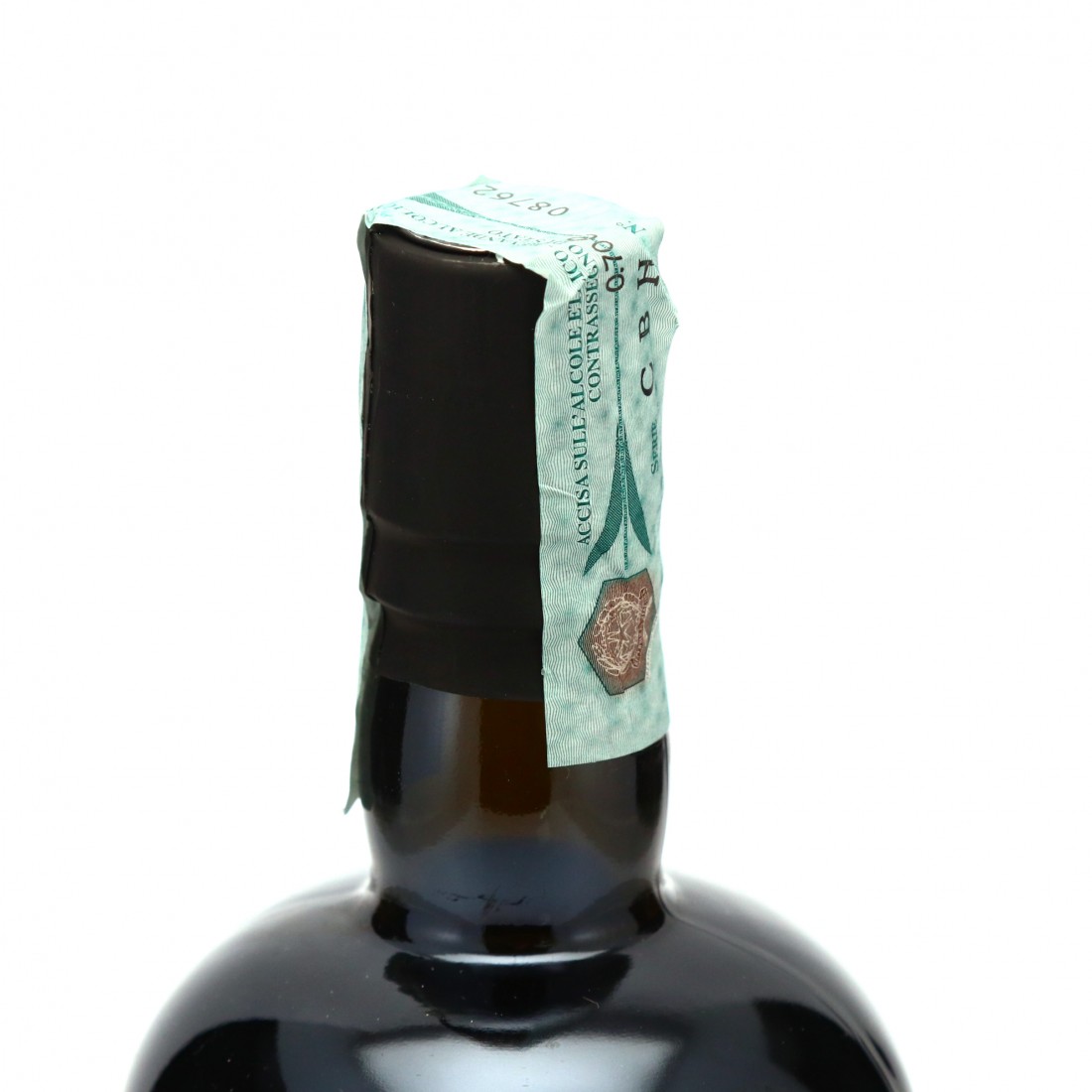 Distilled 1996 and bottled July 2014, this contains rum from the Diamond two-column metal coffey stills, and the Versailles single wooden pot still in its brief years at Uitvlugt.