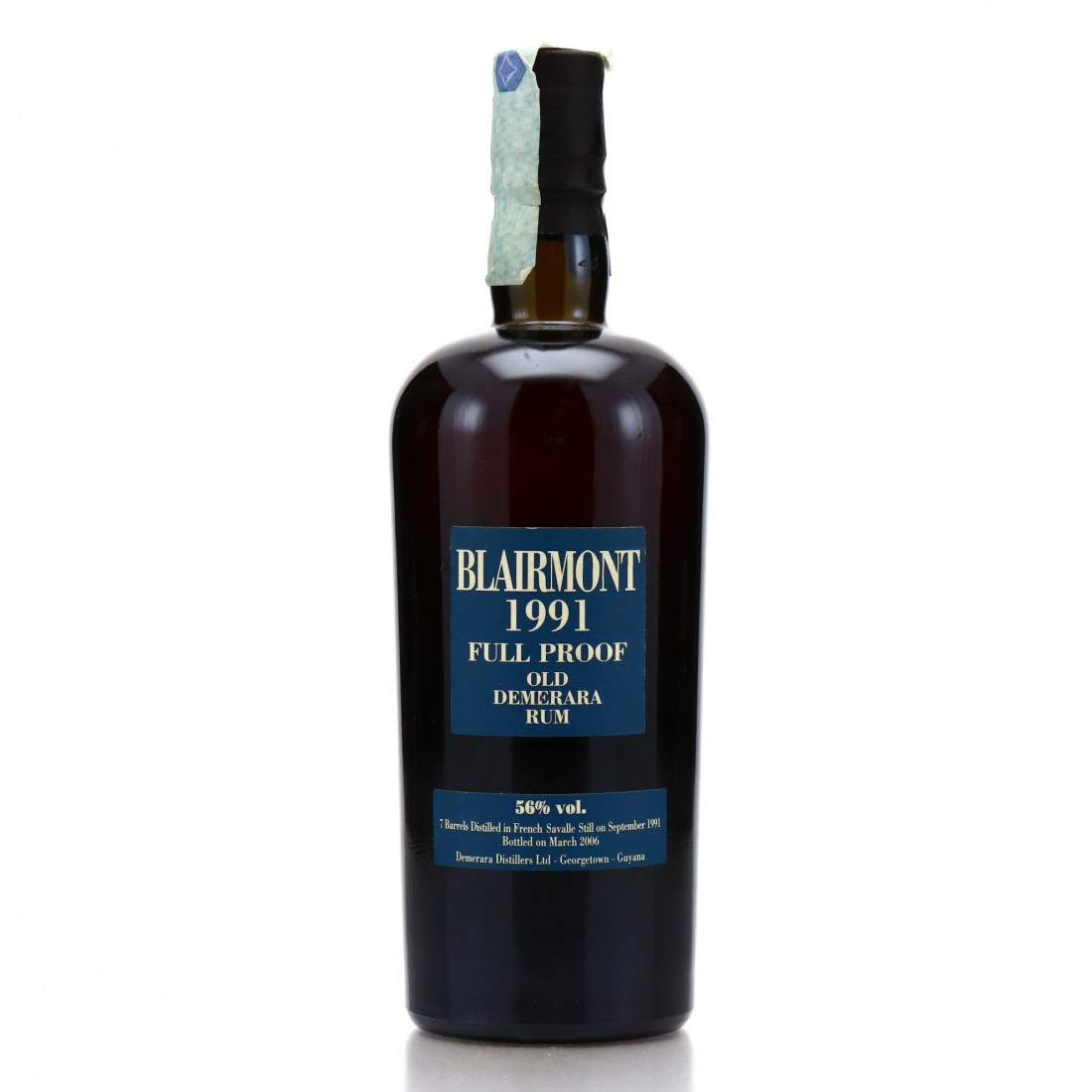 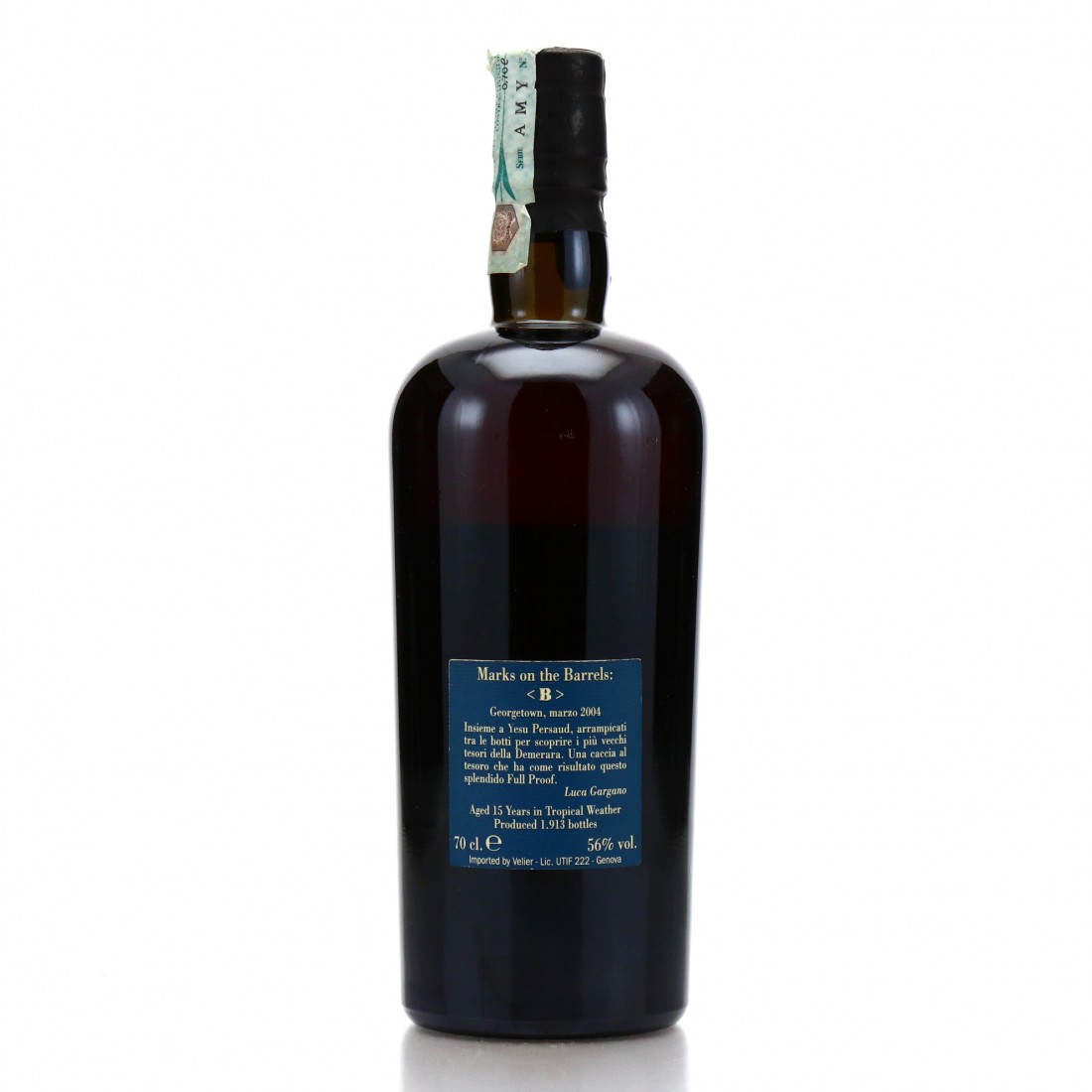 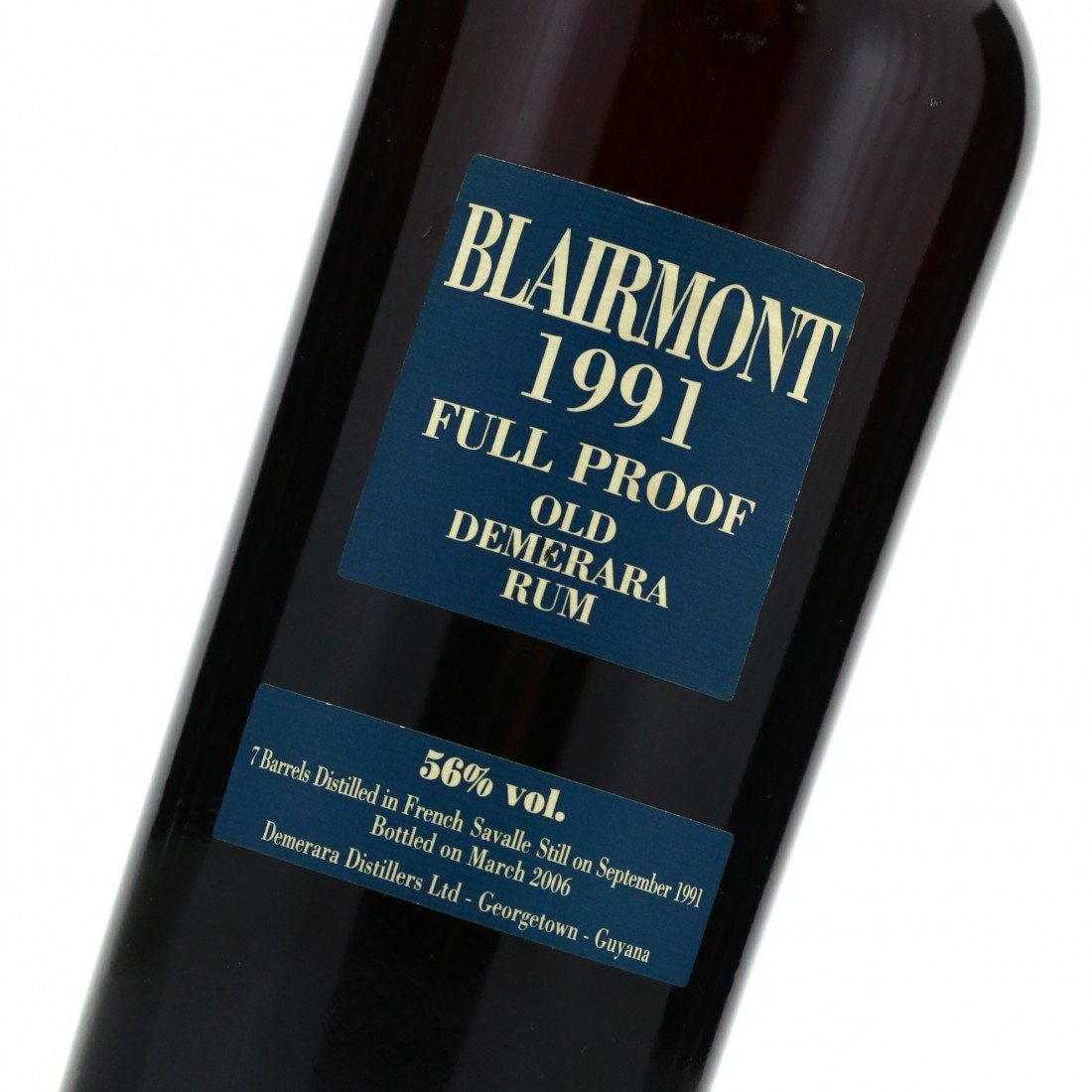 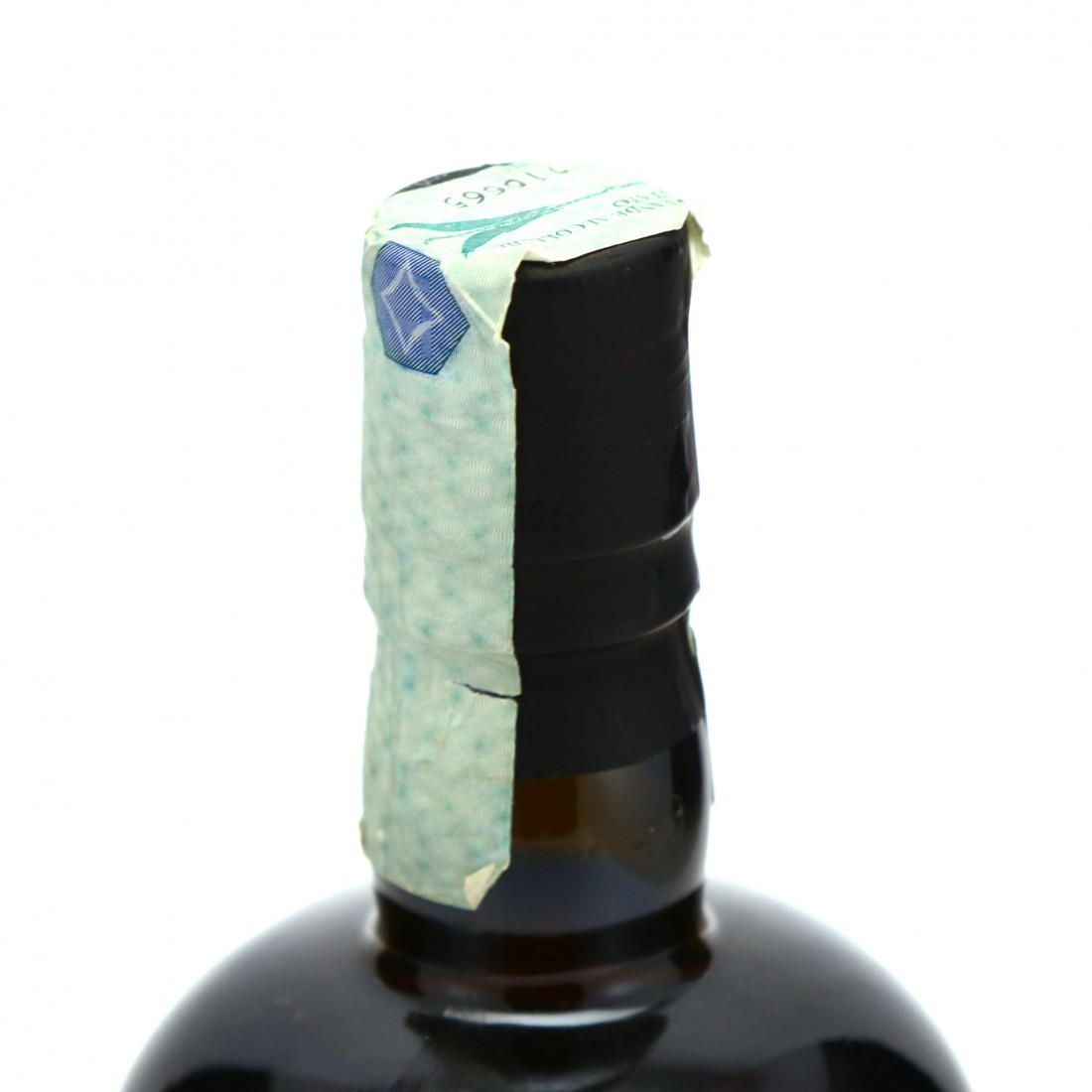 This is a 1991 vintage bottle of the <B> marque, originally produced on a two-column Savalle still at the Blairmont estate on the banks of the Berbice river. The distillery closed in 1962 however, and its still is believed to have been scrapped in the process. Production of the <B> marque was subsequently taken up by Uitvlugt distillery, who replicated it on their four-column French Savalle still instead. This remains the most versatile of the DDL "heritage stills," and currently produced nine different marques at its current home at Diamond distillery.

Velier bottled this from a stock of seven barrels in March 2006. One of 1913 bottles.