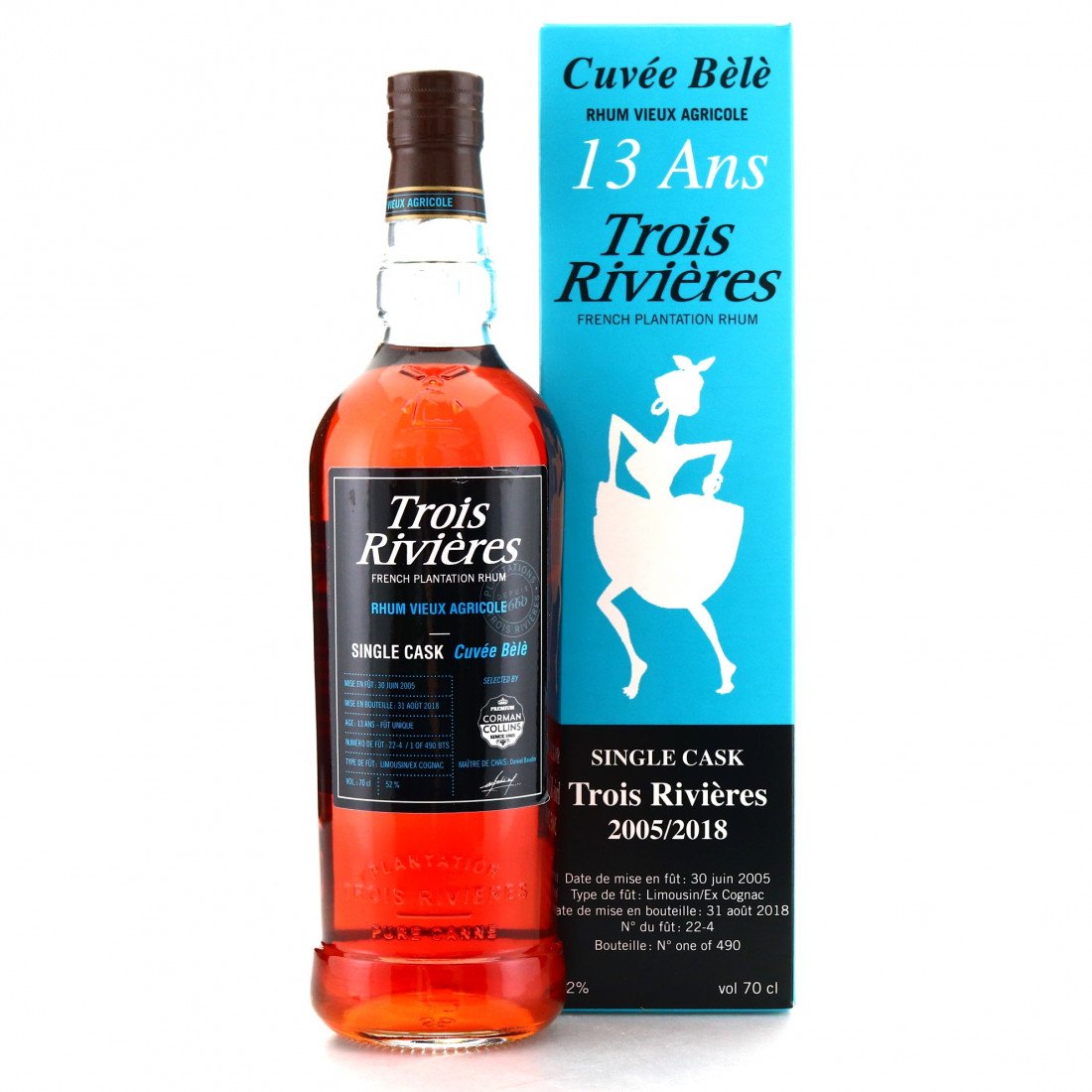 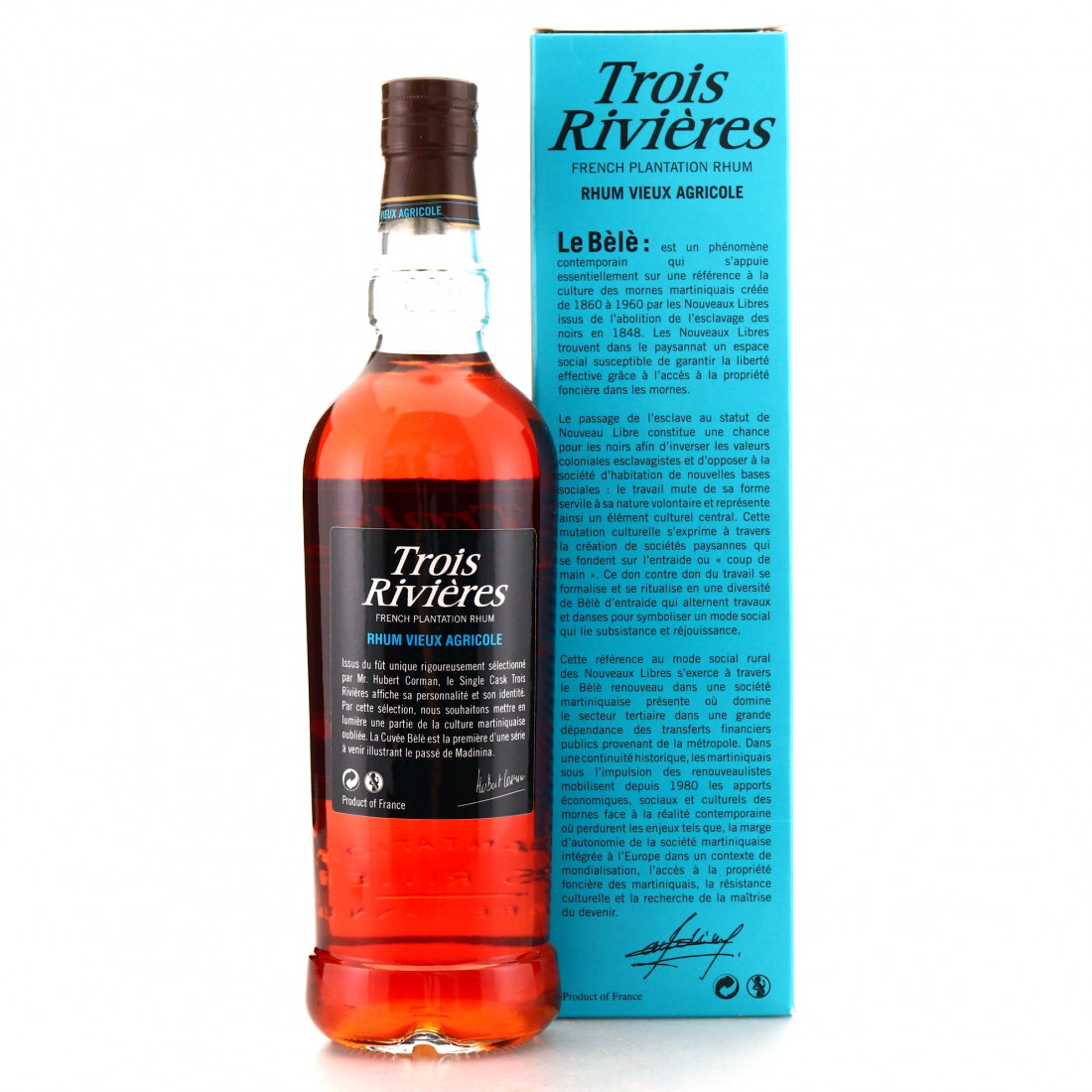 The Trois Rivieres brand originates from the distillery on the estate of the same name, established in 1660 by Nicolas Fouquet. In 1953, the Marraud Grottes family acquired it and moved production of its popular Duquesne rum there. It then passed into the hands of Italy’s Martini & Rossi, who sold it on to BBS in 1994. They initially kept the Trois Rivieres distillery in operation, but opted to close it in 2003, moving its column stills to La Mauny where this was produced.

Distilled in 2005  and matured in an ex -cognac, limousin cask it was bottled at 13 years old in 2018 for Belgian retailer Corman-Collins.