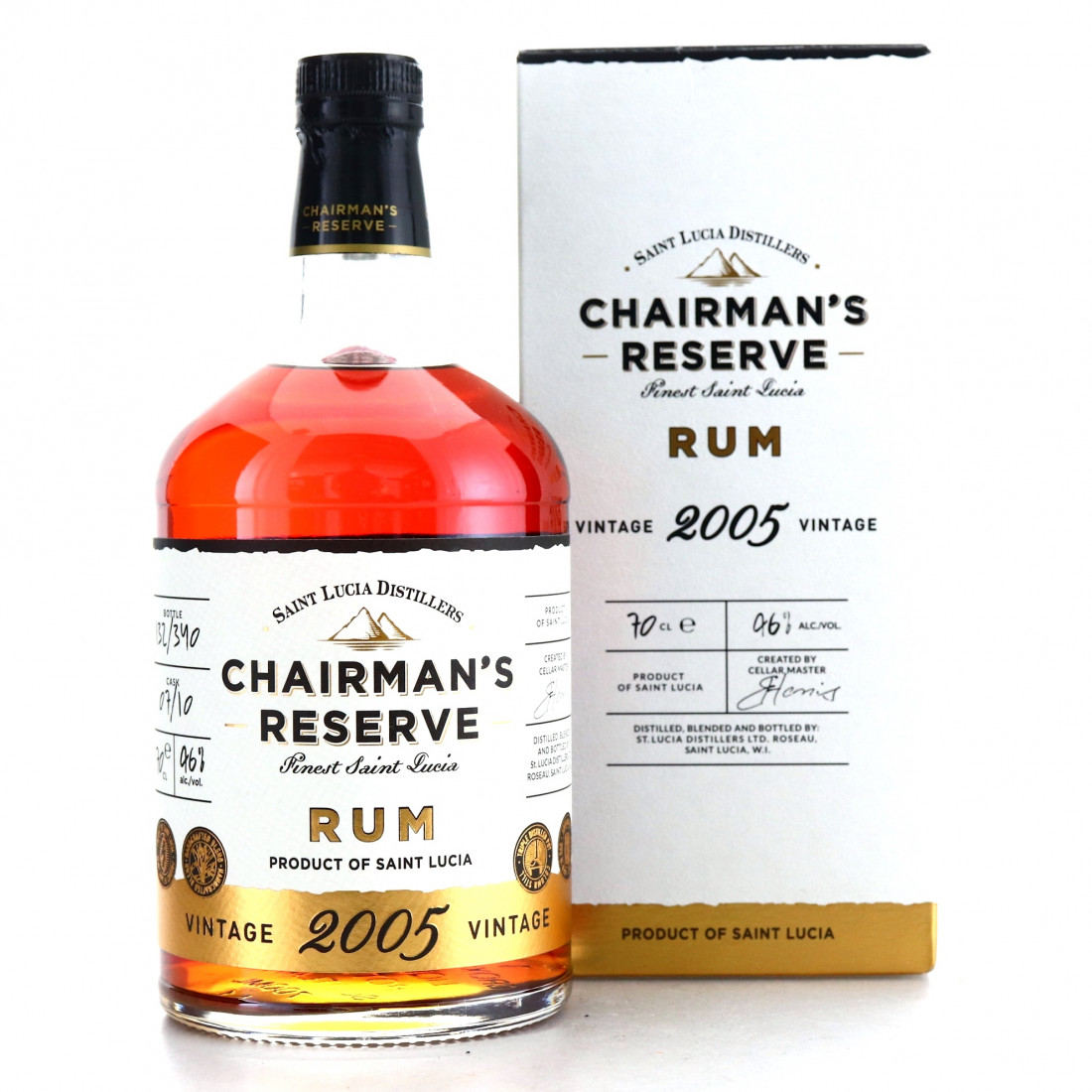 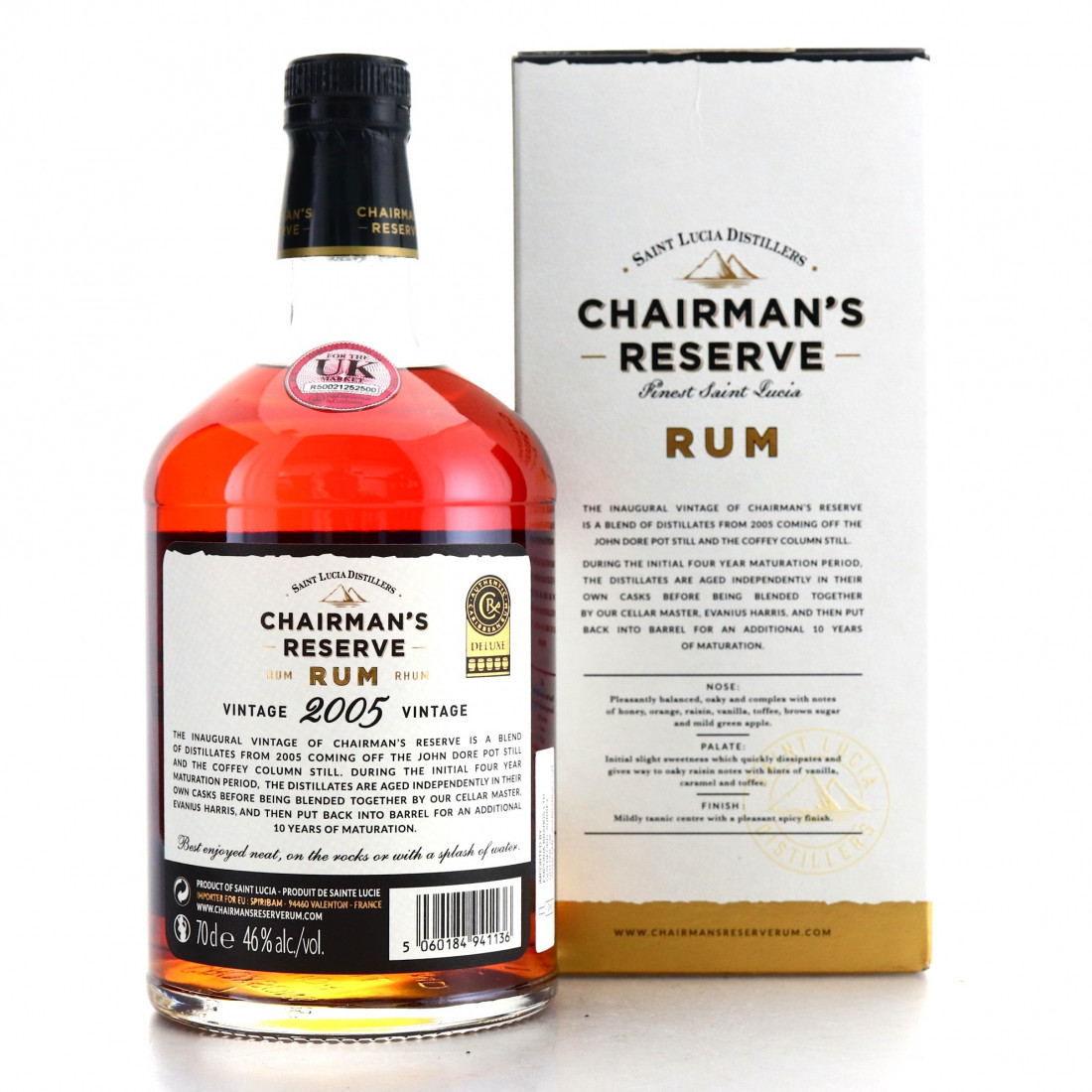 A fantastic single cask release from Chairman's Reserve, distilled in 2005. This was the inaugural vintage for the brand.

Distilled on a combination of the John Dore pot stills and coffey still, the rums were aged independently for four years, before being blended and recasked for a further 10.

Unfortunately, due to a manufacturing error, this is one of ten different single cask releases that were all labelled with the same cask and bottle number. Every bottle is lablled as cask #07/10, bottle 132 of 340. Which of the ten casks this was actually drawn for, and the bottle count of it is therefore sadly a mystery!