An old style bottling of Appleton Estate Jamaican Rum distilled by J. Wray and Nephew Ltd. This is a pure single rum from the distillery's copper pot stills. 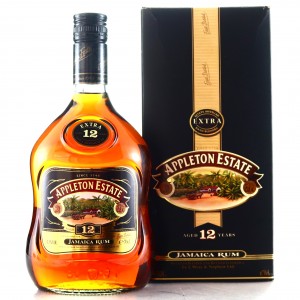