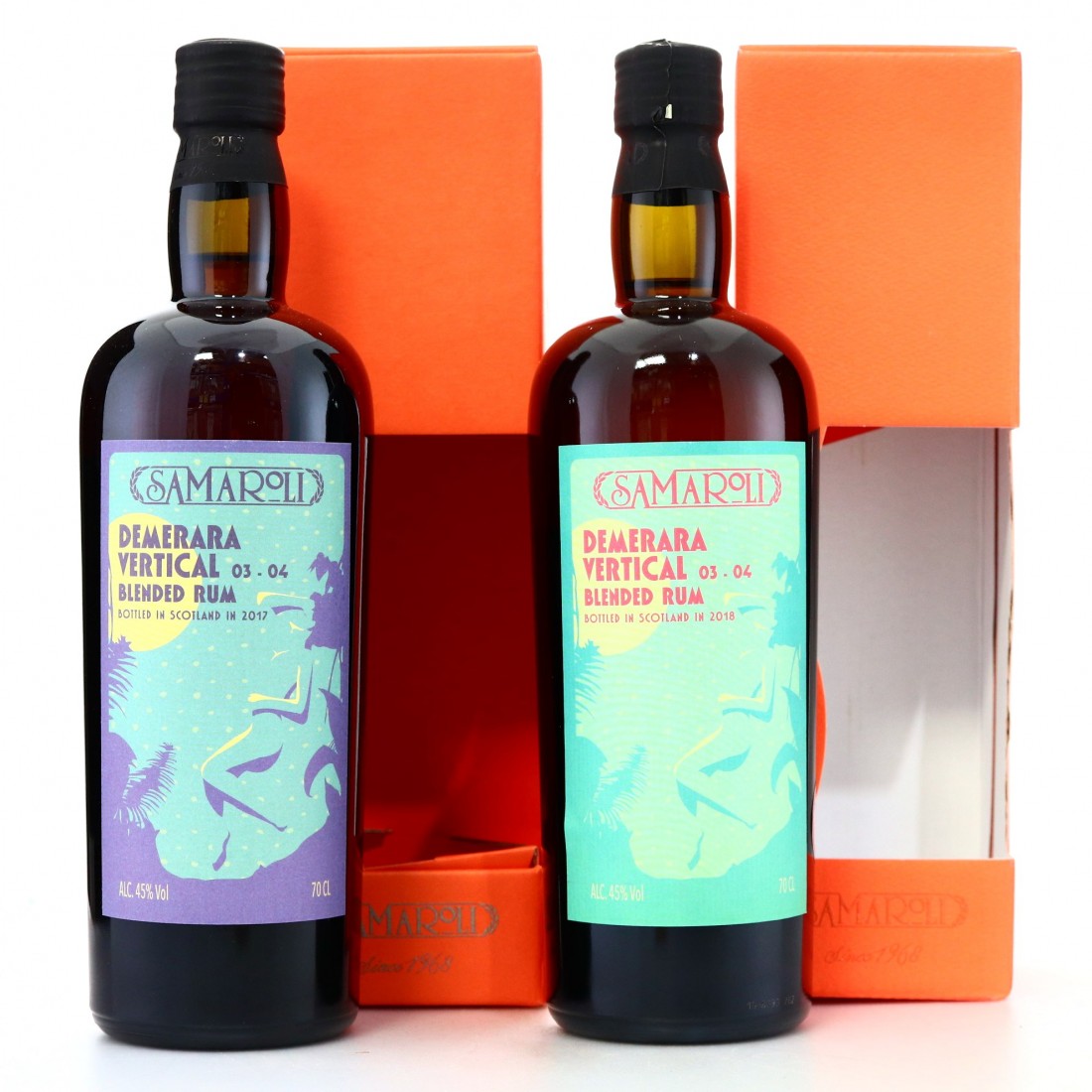 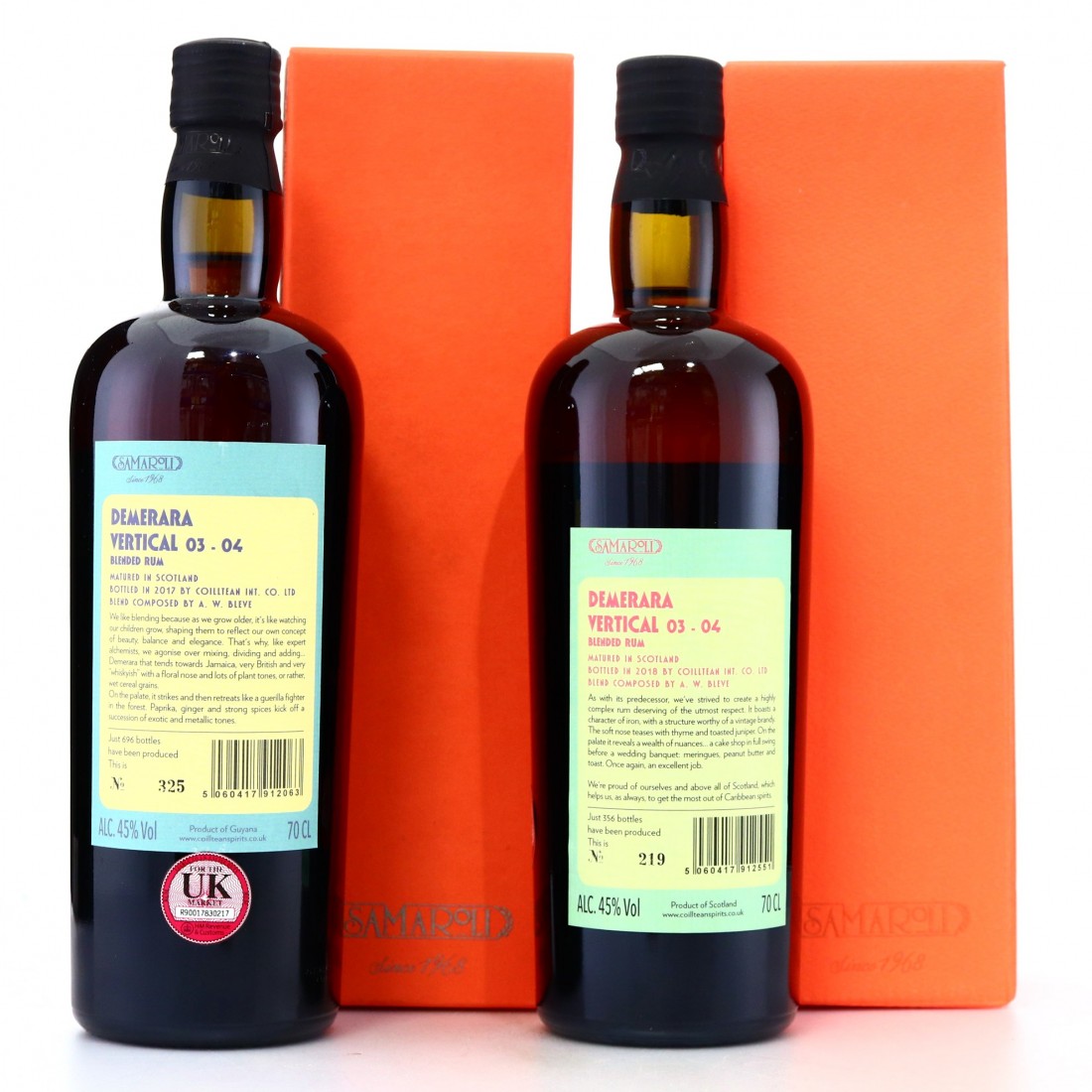 The second and third instalments in the Demerara Vertical series from Samaroli. They are blends of 2003-2004 vintage Demerara rum from Guyana. Since Uitlvugt closed in 2000, there is only one distillery in Guyana, Diamond. Many of the nations historic stills are in operation there though, including those from Enmore and Port Mourant, and it continues to produce these styles. These blends, composed by Antonio Bleve, may contain rum from any combination of them.