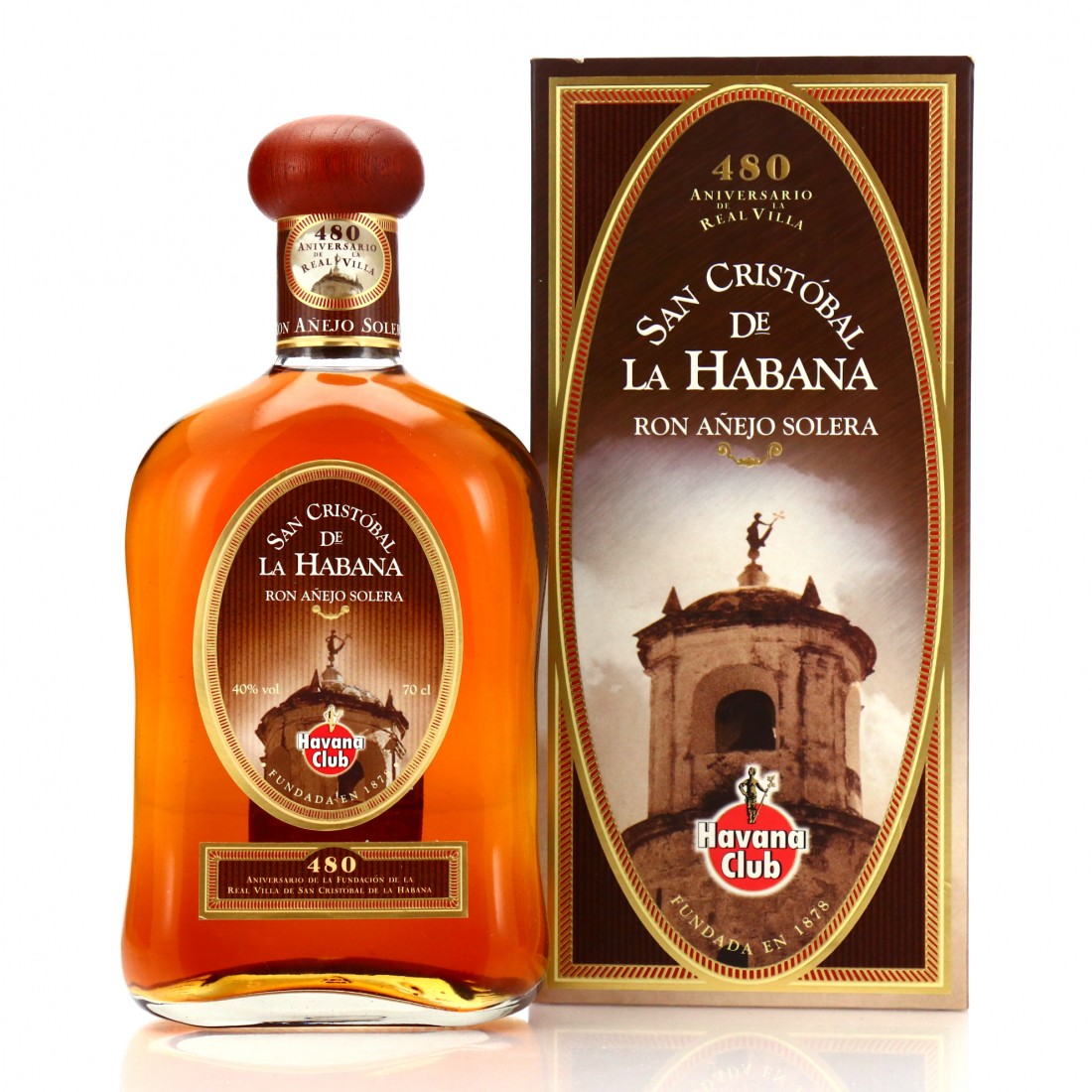 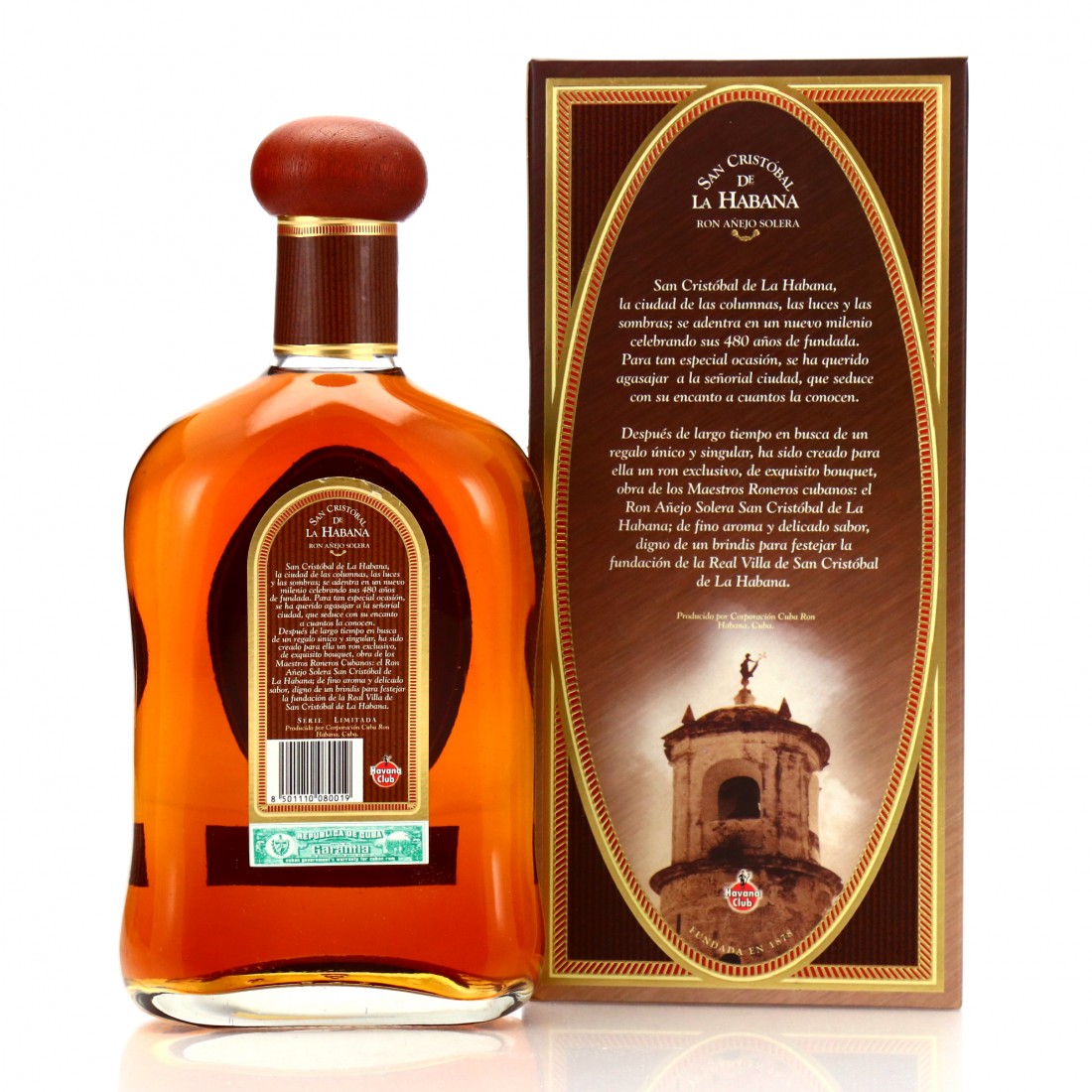 San Cristóbal de la Habana is the original and historical name for the capital city of Havana. The city was first settled by Europeans in 1519.

This bottle of Havana Club has been specially produced to celebrate the 480th anniversary of the city. It has been aged between 12-15 years by using the Solera Process.

Please note these bottles were not 'factory-sealed.'